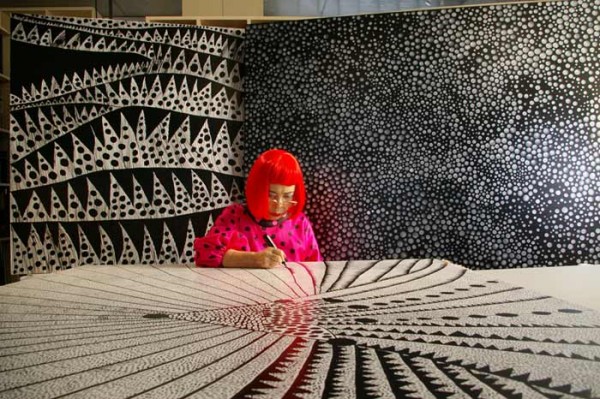 I’m headed to New York next week for a brief visit wrapped around a wedding. On the top of the list is Yayoi Kusama’s retrospective exhibition at the Whitney Museum of American Art. A review of the exhibition by Holland Cotter and slide show can be found in the New York Times. You can also find several videos on the artist at the Louis Vuitton website such as:

I have been a fan of Kusama for years and knew about her polka dot obsession, repetitive environments, 70’s happenings and total perspective reinvention. But with all of the recent attention I have had the chance to become more familiar with her life in addition, or perhaps in relation, to the work. I understand the use of polka dots as playful but with the scale and intensity of how they are used in her work they become overwhelming and claustrophobic. Since 1977 she has lived voluntarily in a psychiatric institution at night and by day works in a near by studio from 9-6pm. They say she is “managing her madness.” Regardless, she is endlessly productive and at the age of  83 I hope the balance of work and care helps to keep the nightmares away.

Here is a link to an interesting interview with Tate Modern curator Frances Morris on Phaidon.com talking about working with Kusama and a video the Tate produced in conjunction with the exhibition now on view in New York. (As a side note I love Tate media as an extension of the museum. So smart and so well done!) 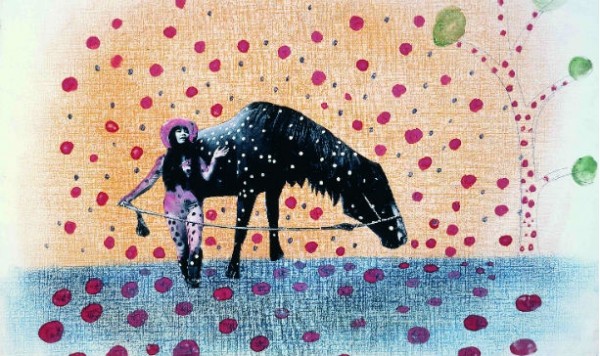 In addition to seeing the retrospective, above is a favorite work I hope to see in person, I will also stop by the Louis Vuitton window to see what all the fuss Bill Cunningham captured in last Sunday’s On the Street is about. Narrated version here. I already have my best red polka dot blouse picked out in her honor. 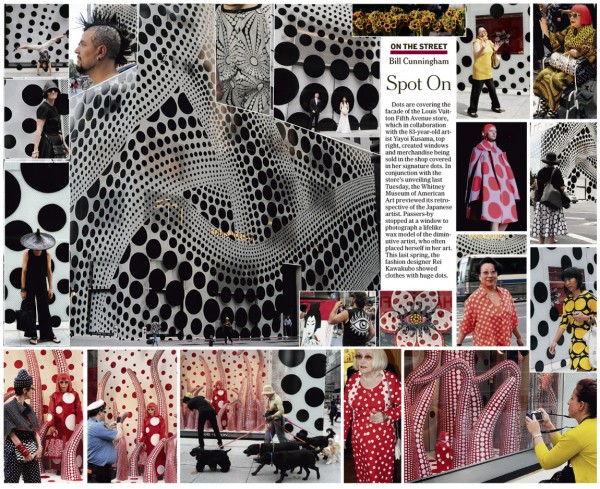