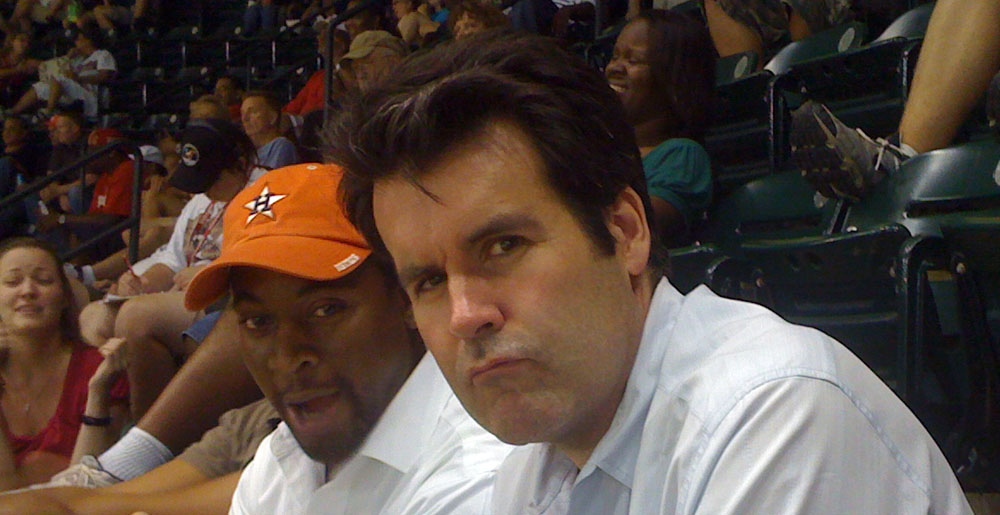 At the ballpark with museum curators Franklin Sirmans and Toby Kamps, July 2009

It’s the All Star break, a time when the very best professional baseball players have to travel for work and the rest get a four-day vacation. It’s also the dead of summer, when the Houston art world generally slows to a trickle and creative group shows compete for the attention of whoever’s not in Aspen. So in honor of everybody I just mentioned, and because I have a little extra time on my hands these days, here’s a list of some of my favorite examples of where baseball and contemporary art intersect. 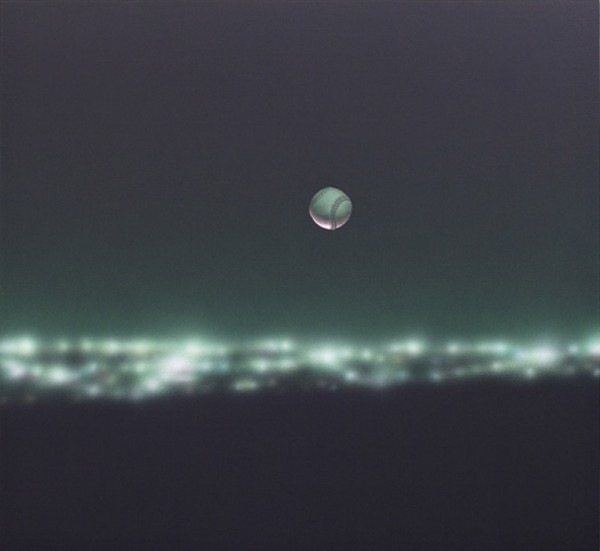 Todd Hebert, Ball With Lights (2012). Acrylic on canvas over panel.

This painting by Todd Hebert was in a recent exhibition at Devin Borden Gallery and got me thinking about making this list. The image has an unapologetically iconic American quality that speaks to me…in a southern accent. 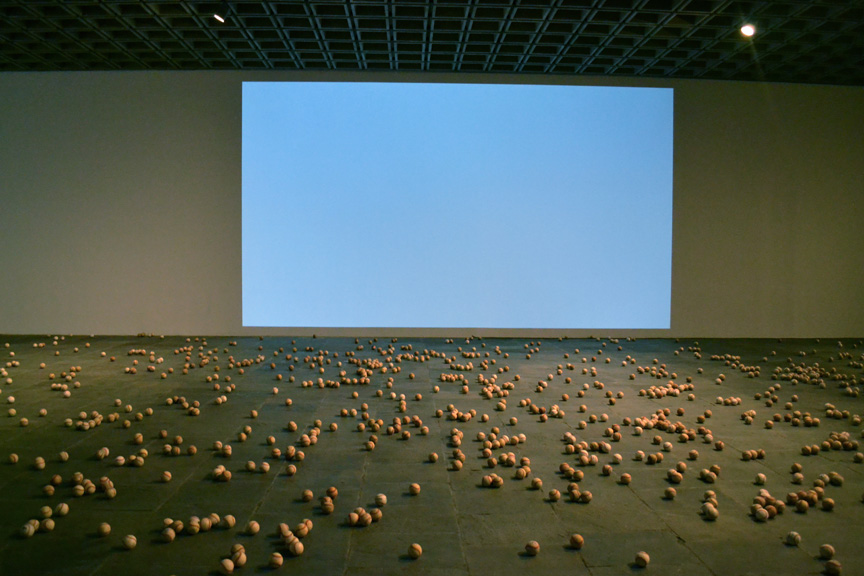 Bay Area artist Lutz Bacher was given the entire 4th floor at the recent 2012 Whitney Biennial. She released hundreds of beautifully beat-up baseballs and let them lie where they landed on the stone floor. It means baseballs on a floor. 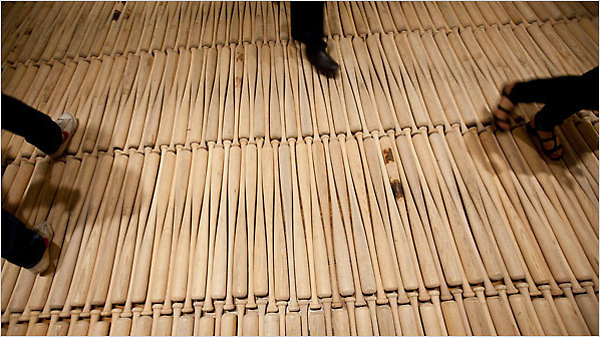 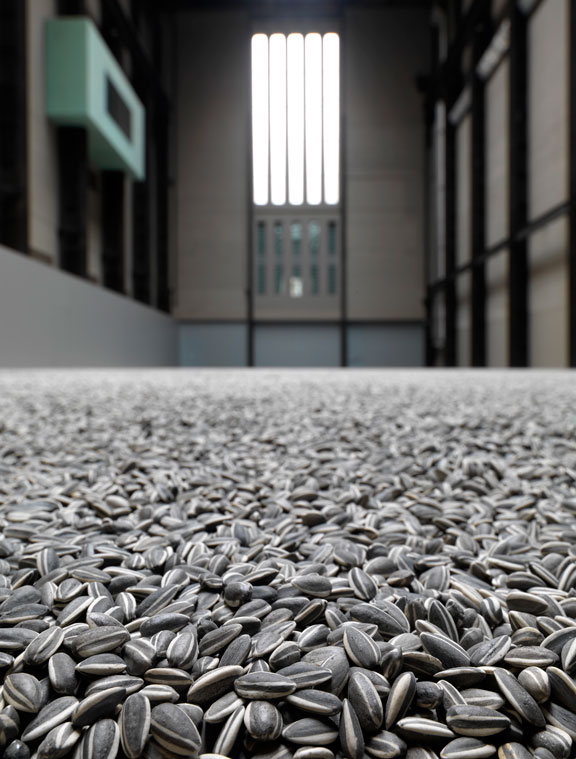 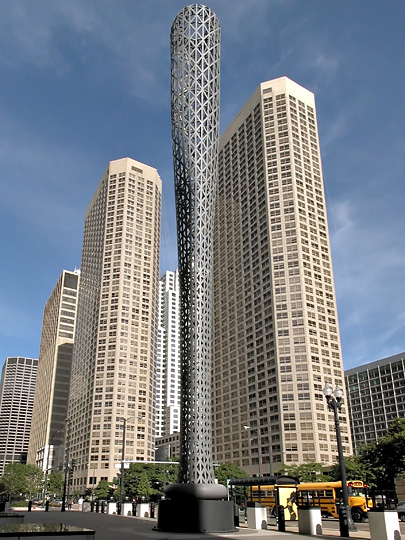 As far as public art goes, this giant steel baseball bat by humorist Claes Oldenburg is public art. I could go on and on about how it mirrors the dramatic verticality of the Chicago skyline and how it embodies the city’s ambition and vigor, but that’s already engraved on a plaque at the bottom of the sculpture. 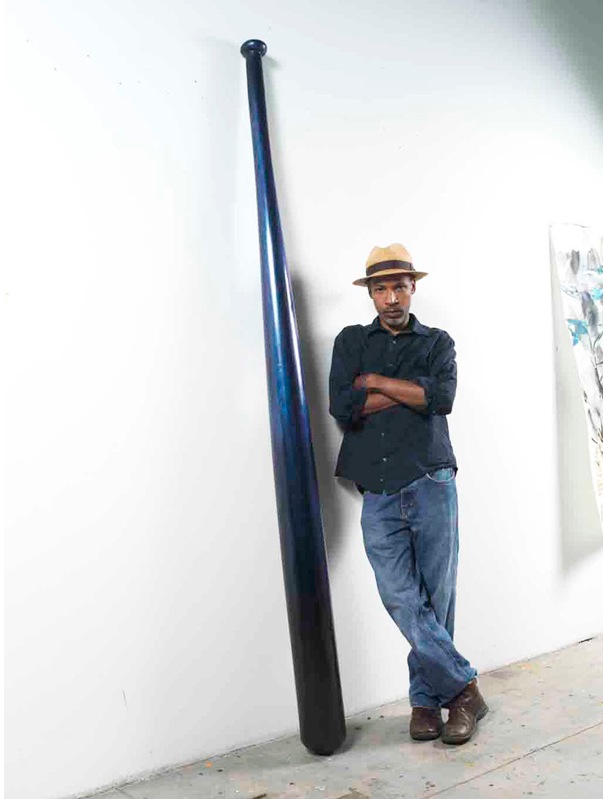 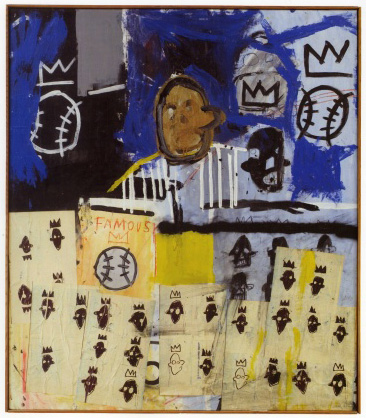 I just can’t figure out if Basquiat really admired sports stars or if he kind of derided them. Even the word “Famous” in this painting could be like, “oh, aren’t you so Famous!” Or maybe he really was celebrating baseball as one of the few available roads to fame for a Puerto Rican/ Haitian like himself. Art star aside. 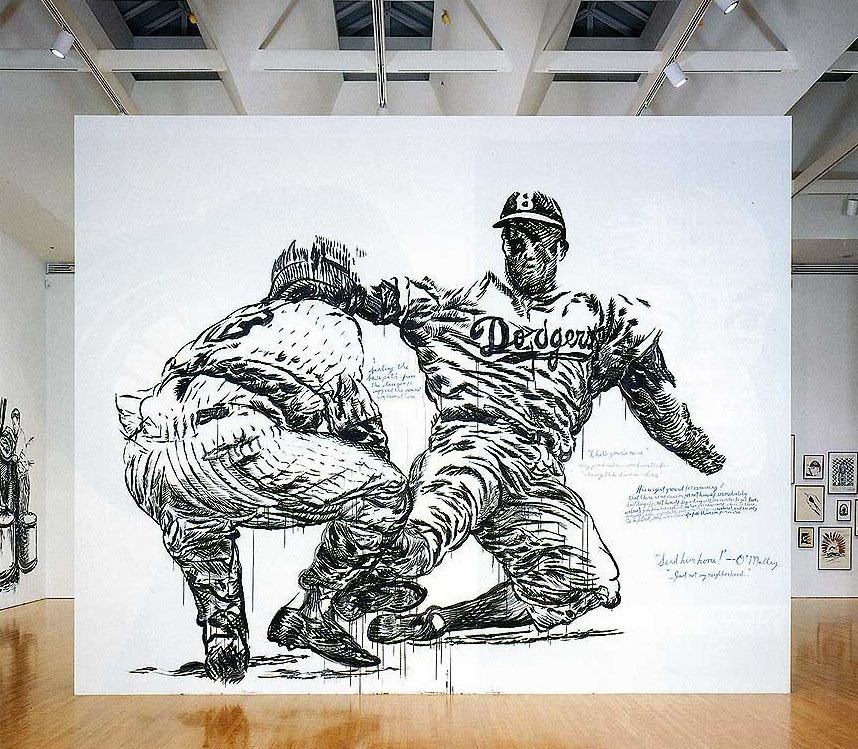 I’m pretty sure that Pettibon is just a huge baseball fan who happens to be an artist, though one of his baseball drawings uses the N-word, so that makes me think he might be trying to say something about baseball as a metaphoric microcosm for U.S. race relations. 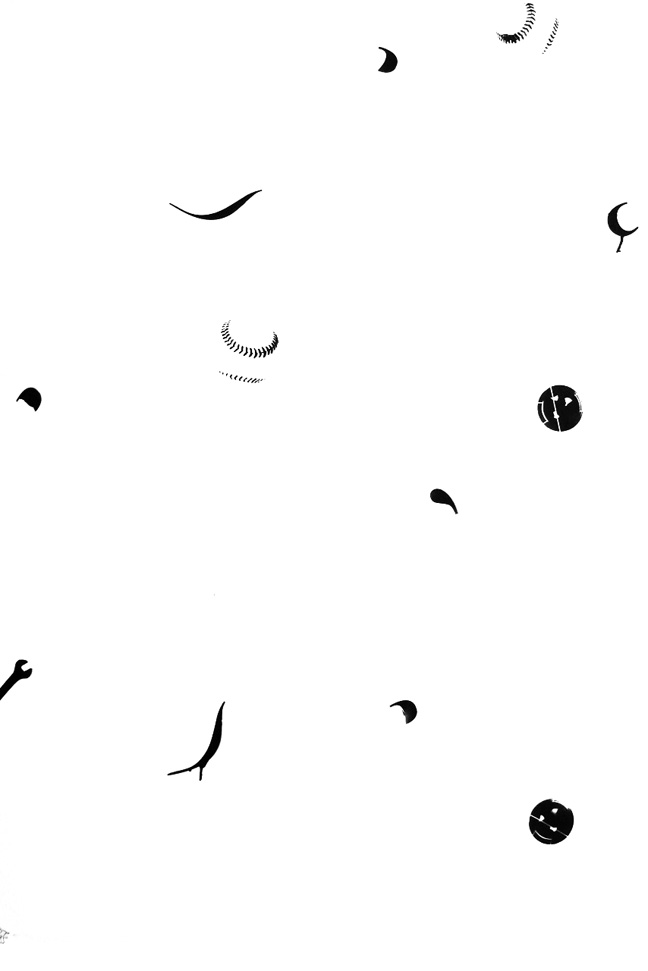 Austrian artist Benjamin Hirte is probably more interested in the innovative way that baseballs are stitched together than he is in the actual game of baseball. And to his European audience, I can imagine that the baseballs in this piece are as indecipherable as some of the other forms I can’t recognize. 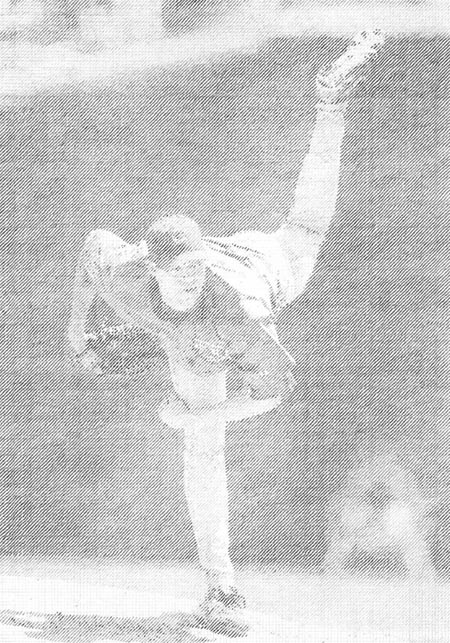 London artist Ewan Gibbs had a show called Pictures of Pitchers at Austin’s Lora Reynold’s gallery. It is my sincere hope that the only reason he chose to spend thousands of hours drawing baseball players for this exhibition was because of his love of word play.

Bryan Miller is an artist turned art dealer turned to be continued. He loves all things irreverent and one thing German. Bryan is sometimes called Byron or Brad or even Brandon. He received his Master’s of the Universe degree from the Pennsylvania Academy of Fine Arts in Philadelphia, then lived in Berlin for a while where he painted pictures that were way before their time. After that he moved to Houston where he ran an art gallery for five years. He is currently giving the city some time to catch its breath before he unveils his next mind-blowing venture.

I always loved this one by Karl Wirsum: http://bit.ly/NhSKtZ

When did baseball stadiums get so surreal?

These Home Run sculptures are incredible. I wonder if Dennis Oppenheim ever tried to make one.

I could also watch videos of the Phanatic all day.
http://www.youtube.com/watch?v=BMiV89ESnCU&feature=related

There is a reason he is the most sued mascot in sports. Maybe the most sued sports figure.
http://www.youtube.com/watch?v=PNKdLLFbHk0

I really love David Adamo’s “Bat Floor”. There’s something special about an artist taking a “seen it a million times before” object, like a bat, and using it in a interesting different way.

That’s similar to what I’m trying to do as an artist with my fantasy baseball brand art prints.