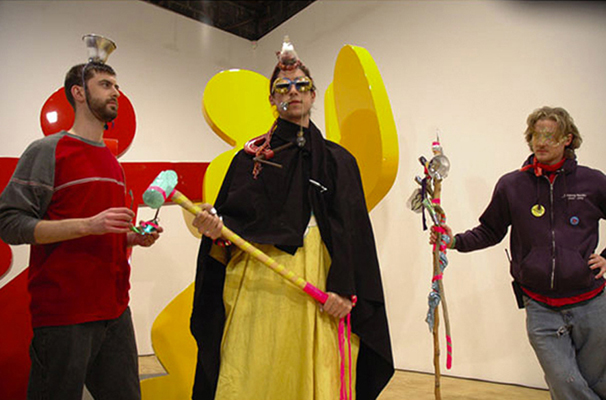 Rice University professor Christopher Sperandio in partnership with UK artist Simon Grennan are refitting a musician-style tour bus into a mobile arts platform. Although the bus has been bought and a website started, the project, called Cargo Space, is still in the conceptual phase; the co-instigators visualize a camper for six cultural workers-in-residence, on “extensive road trips.” Sperandio and Grennan were the creators of the “Artstar” reality TV shows in 2006, in which NY artists competed for the attention of Jeffrey Deitch.

Says Sperandio, “There simply aren’t enough artists visiting this part of the country. Sure, Houston has existing ‘name brand’ residencies, but it’s only meager handful of folks each year, and it’s all somewhat locked down. The best way to make the Houston art scene better is to invite more people here.”

Inspired by artist Michelle Grabner and Brad Killam’s Poor Farm project in Wisconsin, Sperandio muses on the kinds of interactions he’s hoping for in a blog post earlier this year: “I’m taking a lesson from Brad and Michelle, in that I want to fill the Cargo Space with people who make interesting (to me) work, who I also find to be personally interesting or amenable. People I wouldn’t mind being trapped on the bus with, say during a summer rainstorm. We’ll play dominos and talk about the creative life. Or maybe just play dominos and mock each others parentage.”

Best of all, the project is funded in part by the Rice University Parking Office, who apparently supplied the bus. 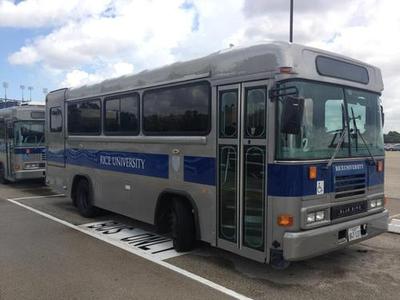