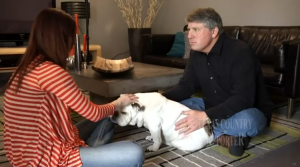 Two people (and a dog) contributing to the arts' economic impact

The Dallas Observer reports on a report that the arts generate $322 million in jobs and revenue in Dallas, according to a study  by arts advocacy group Americans for the Arts, which held its national conference a few weeks ago in San Antonio. The Observer notes with implied skepticism that arts revenue is a wide wide river: including food (consumed at and after arts events?) and jobs for aerospace engineers, but that the “study’s authors are scheduled to come to Dallas in the fall to give a more detailed presentation.” Think of what the total will be when they add in the glare-correcting refit for the Museum Tower next time around!