by Carol Cheh May 30, 2012
FacebookTwitterEmail

Not unlike Texas, Los Angeles suffers from some art world stereotypes. In honor of our recently launched Southern California site, Glasstire SoCal, we present Los Angeles writer Carol Cheh’s “Seven Most Annoying Misconceptions About LA.” There are some interesting Texas parallels to be found; see number 2 in particular.

Los Angeles is the most misunderstood city in the United States. LA stereotypes abound, most of them quite negative, and everyone somehow thinks they know all about this place—even the ones who have never visited. This can be blamed at least in part on the Hollywood phenomenon—images of LA get beamed into theaters and living rooms on a daily basis, offering only a limited and distorted view of the city.

The truth is that LA is an astoundingly complex and elusive place. It is home to an endless spectrum of neighborhoods, communities, scenes, lifestyles and histories. Even people who have lived here their whole lives don’t know everything there is to know about LA, and the process of discovery can actually be quite enchanting. What follows are seven of the most annoying misconceptions about LA (with a particular slant towards the art world), and my own personal correctives to them.

1. LA is a cultural wasteland.

New Yorkers and San Franciscans, who have an over-inflated idea of their own cultural importance, are especially fond of letting this one rip at every possible opportunity. There is nothing worth seeing or doing here, so the old saw goes, and the people are culturally illiterate to boot. In actuality, LA has as much to offer as old New York does, and way more to offer than tiny, provincial San Francisco. Unlike those two cities, whose compact and easily comprehensible layouts put all of their best sights right in tourists’ faces, LA is a place whose treasures are less obvious, whose delights take much more time and diligence to uncover. Our various art destinations are spread out over an enormous radius of land, and they are not always clearly marked or promoted. Yes, you have to navigate sketchy neighborhoods to find Watts Towers, and you have to drive a bit out of town to get to the Eames House. But the journeys are part of the fun, and the rewards at the end are more than worth it.

2. The LA art world is not professional; they don’t know what they’re doing.

This is a more nuanced criticism that I frequently hear from visiting New York artists and curators. The fact is, New York really does have the professional, blue-chip aspects of the art world down—they know how to raise money, they know how to put on big museum retrospectives of certified art stars, they know how to deal. Yes, they’re pros. But often, they are such pros that they’ve lost sight of the original impulses that gave rise to the legacies that they are so proud of now—the openness, the experimentation, the freeform craziness that make for a fertile, productive creative environment. That’s what LA still has, in spades. Artists feel an exhilarating freedom to do whatever they want here, to take risks and do strange things in new ways—a freedom that they don’t always feel in the hyper-pressurized, hyper-aware and hyper-critical holding tank that is New York. 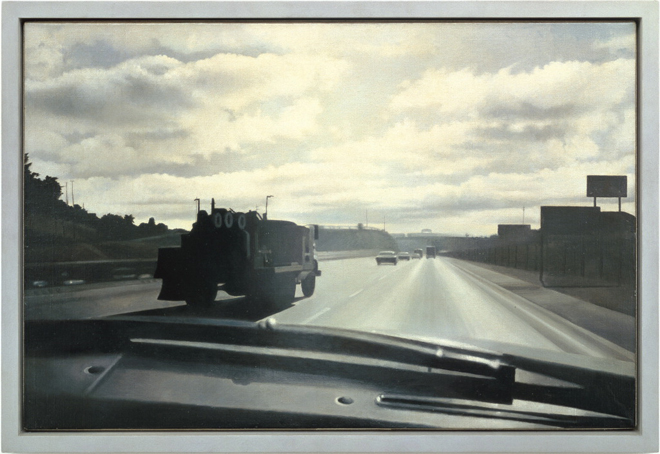 3. It’s all about Hollywood, there’s nothing else going on.

Hollywood is definitely a huge part of life in LA, and people who work in “the industry” belong to the biggest club in town, replete with their own language and lifestyle. However, rather than dominating our lives to the degree that outsiders think, it tends more to snake through them in little ways. Streets are shut down to accommodate location shooting. Celebrities are spotted at gas stations. A few artists I know support themselves through industry jobs as set decorators or extras. In a similar fashion, Hollywood occasionally sneaks into the discourse of the visual arts world, via artists who find themselves so inspired. To cite one example, Alex Israel has rented props from Hollywood companies to assemble sculptural installations in museums. He also has a project going on right now in which he interviews famous people for a YouTube series called “As It Lays,” named after the iconic Joan Didion book about Hollywood ennui. Overall though, Hollywood is only one of a sea of ideas that inform LA artists, and LA in general.

4. Light and Space was the only significant art movement that came out of Southern California.

The Light and Space movement is to the art world what Hollywood is to LA in general—a big, shiny, Disney-esque distraction that seems a lot more influential than it actually is. Of course it was a significant movement, but again, it was just one of many variegated and interesting practices that flourished in Los Angeles mid-century. Thankfully, the Getty’s recent Pacific Standard Time initiative, which funded a multitude of historical exhibitions all over Southern California, went a long way toward correcting this perceptual imbalance, placing Light and Space alongside other important developments in conceptual art, performance, assemblage, ceramics, painting, film and so on. 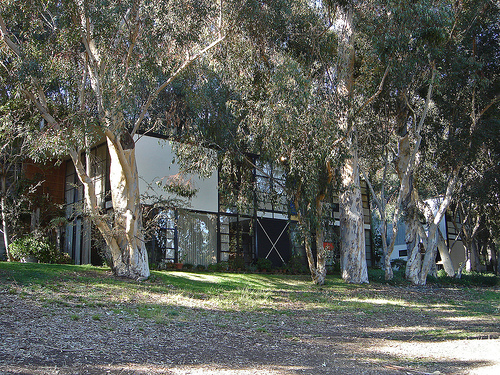 5. Everyone is an airhead/hippie/asshole/golddigger/starfucker/etc., etc.

I’ve probably met more friendly, laid-back, intelligent and interesting people in LA than I have ever met anywhere else. The people who stay here are for the most part happy to be here—they appreciate the great weather, the work/career opportunities and the endless array of cultural and entertainment possibilities at our disposal at all times. They’re also smart enough to deal with a city that isn’t easy to navigate at all. In fact, the most striking thing about Angeleños, as we like to call ourselves, is that we never have the time, energy, or inclination to blather on about how much other cities suck. We’re too busy enjoying ourselves right here.

6. Everyone surfs and hangs out at the beach all the time.

The beach is often the first thing that comes to mind in many people’s fantasy visions of LA. But you’d be surprised at the real diversity of this city’s geography, and what a big role it plays in shaping the habits and lifestyles of its inhabitants. Reyner Banham’s influential book “The Architecture of Four Ecologies” explained the terrain of LA as being composed of Surfurbia (the idyllic beach cities), the Foothills (privileged enclaves), Plains of Id (the endless streets between beach and mountain), and Autopia (the freeways, an ecology all to itself). A lot of the details have changed since he published his book in 1971, but the essential layout still holds true; LA is composed of all sorts of environments, giving rise to all sorts of dwellers, some of whom, believe it or not, have never even been to the beach at all. 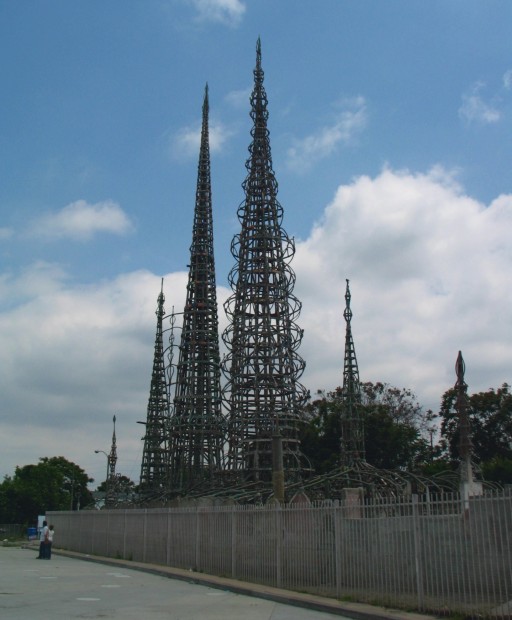 The traditional notion of a city dictates that it be compact, compressed, and easily accessible via public transportation. LA is indeed none of those things. I think of it more as a patchwork quilt of small towns loosely knit together by a rolling, semi-arid oceanside landscape. Each town has its own subtle character, and it’s a true test of nerdy Angeleño knowledge to be able to differentiate where one ends and the next begins, as well as which ones have established their own municipalities and which are simply neighborhoods in LA. Although LA has all the resources and sophistication of a big city, it’s true that it doesn’t have the concentrated feel of a New York or Chicago; rather, it feels like a massive conglomeration of small communities. This leads to a strange, layered sensation of humble provinciality and advanced cosmopolitanism all at once, the likes of which I can’t imagine occurring anywhere else.

Carol Cheh is a writer and curator based in Los Angeles. She is the founder of Another Righteous Transfer!, a blog that explores performance art in Los Angeles. Her curatorial projects have included You Don’t Bring Me Flowers: An Evening of Re-Performances (PØST, 2010) and Signals: A Video Showcase (Orange County Museum of Art, 2008).

A Hand Opera by Jizzy Lizzy

When I lived in LA in the mid 90s, I lived in a garage apartment above the studio of a sculptor who worked on his own work (lots of welded metal) in between jobs for film and video production (mostly carving stuff out of styrofoam–the boulders from Congo and the Keebler Elf’s tree, for example). Likewise I knew people in bands who played on soundtracks to pay the rent.

Referencing Alex Israel’s projects in the same article that defends art in L.A. seems to be missing the point. It is a nice reminder that nepotism is embedded in the cultural layout of Los Angeles though. Seriously, why would you reference that? L.A. has a lot of artists, but he’s not one of them.

My sister has lived in LA for almost 40 years, has been intensively involved in historic conservation and neighborhood associations. She has dipped her toes into the film industry, worked in real estate, made herself an expert on traversing the place via surface streets and knows about almost every free cultural offering there is. I love visiting her and agree completely with the above references to the sense of freedom there that cannot be found in self-absorbed San Francisco and New York. To me, Los Angeles is the California equivalent of Houston–my favorite city in Texas!

When I lived in Oakland, I had to visit LA to see serious art since the SFMOMA was so often doing pandering, amateur shows (with a good one every so often). LA always had great art institutions. Once you figure out the logistics and the most efficient ways to get around it is an incredible city for culture.

Thanks for this article. As an artist who works with the history embedded in certain landscapes as well as cinema, it’s nice to get a more complex introduction to a place like LA. I recently bought a book about avant garde film in LA that I’m curious to dig into: “The Most Typical Avant Garde”. Interestingly, I often hear LA included in the big art city duality rather than San Francisco when people from either Dallas or Chicago (the two spots where I’ve lived) are down on their own city’s level of opportunity.