by Bill Davenport May 26, 2012
FacebookTwitterEmail 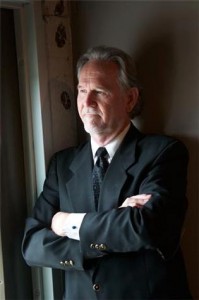 After a productive twenty-three year partnership with Katherine Brimberry, Mark L. Smith, co-founder of Austin printmaking studio Flatbed Press, is moving on. In a blog post last week titled “Milepost 23” (recalling the venerable art venture’s 23-year history), Smith announced to the Austin art community that he has “done about all the damage I can do here,” and plans to move to Indianapolis, Indiana with his wife, the Rev. Janet Maykus, who is the new executive vice president for operations in the offices of the Christian Church-Disciples of Christ there.

Brimberry said of smith, “The time we have worked together has been rich with relationships with our artists and we take great pride in the work that we have been able to help them create as fine art prints. As it worked out, Mark has been the front guy…the guy with the great eye and a unique ability to put into words those intangible ideas and feelings related to the work. He has also been as one of our artists described the “principal” of Flatbed, sometimes called “head-honcho.” Primarily he has had an uncanny way of navigating our Flatbed ship through a lot of uncertain times. He has a cool head, great eye, and a generous heart.” adding that, “we will miss him greatly here at Flatbed, but look forward to working with him on other collaborations in the future.”