by Bill Davenport May 7, 2012
FacebookTwitterEmail 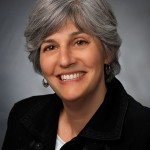 Margaret C. Conrads, Ph.D., will join the staff of the Amon Carter Museum in Fort Worth in September 2012 as its first Deputy Director of Art and Research; she is currently Senior Curator of American Art at The Nelson-Atkins Museum of Art in Kansas City. In the reshuffle of the museum staff, current Deputy Director Lori Eklund was named Senior Deputy Director, overseeing the outreach, collections management and operations divisions.

Conrad has a serious CV: she received international recognition for the 2001 exhibition and catalogue Winslow Homer and the Critics: Forging a National Art in the 1870s, and was on the curatorial team and an essayist for the 2009 exhibition American Stories: Paintings of Everyday Life, 1765–1915 presented at the MET and LACMA. Conrads led the reinstallation and interpretive programs for a major expansion of The Nelson-Atkins’ American collection, which opened in 2009. She is the editor and a primary author of the two-volume catalogue of the museum’s American painting collection.