by Carrie Marie Schneider May 2, 2012
FacebookTwitterEmail 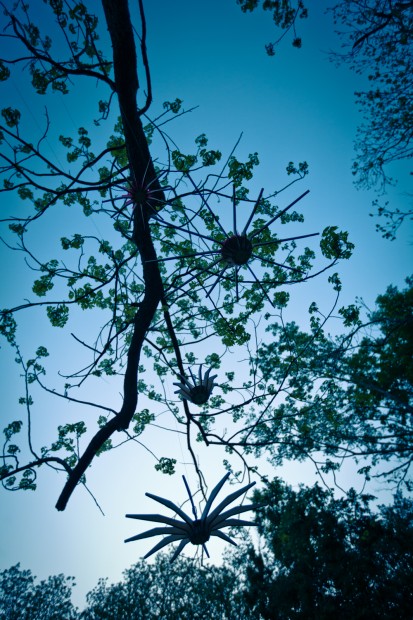 Russ Pitman Park and the Nature Discovery Center are at 7112 Newcastle, Bellaire, TX 77401, open seven days a week from 6 a.m. to 9:30 p.m. Until May 14, the works will continue to evolve and erode in this environment. At the opening reception, Lina Dib smf Abinadi Meza invited viewers to amplify their manipulations of the park’s materials. Elsewhere in the park, Dib & Meza’s sound installations mingled with the park’s own sound environment, striking the unaccustomed ear like a conversation in another language where it is impossible to tell where one voice leaves off and the other begins. 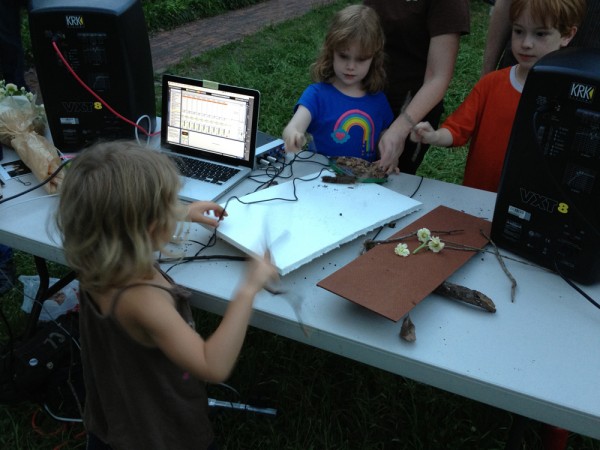 Also at the opening, Barna Kantor projected light and language into vapor rolling from a 10-foot-tall freestanding structure. At dusk, the haze of knowing/not knowing was thick; visitors were given a map and sent on a scavenger hunt for points of art. 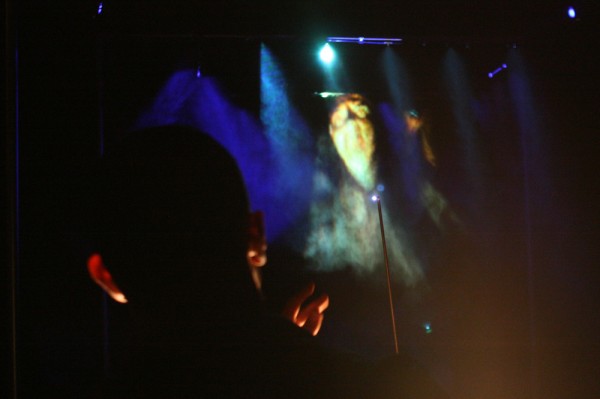 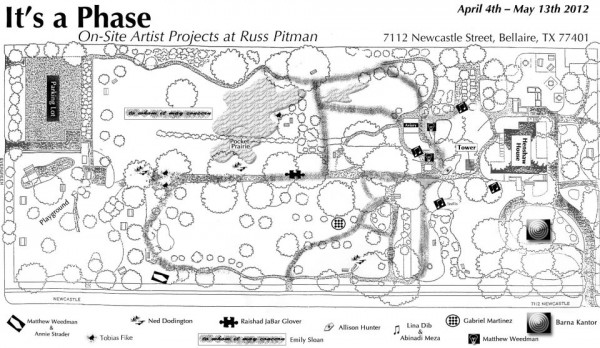 Mapping is such a hot art investigation right now, but instead of making work about it, It’s a Phase forces visitors to do it. Boundaries between the installed works and the natural environment blur to the point of obsoleting the map as a means of navigating the park. Instead, the map acts as more of a performance prompt. With each decision to consult or ditch the map, the viewer must negotiate between the space, the work and its abstracted representation. 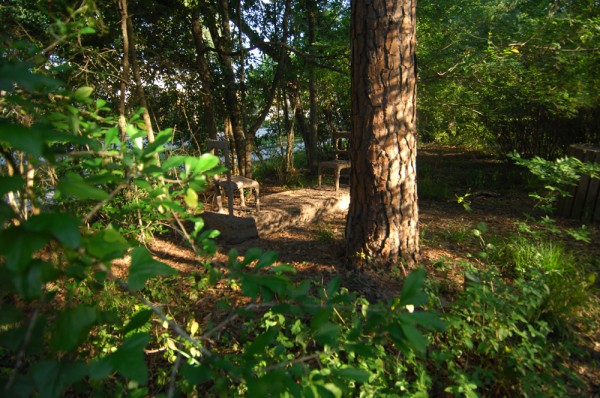 Annie Strader and Matthew Weedman installed two chairs made of soil resting on a raised platform of soil. They face each other, but remain at a distance that reads as too close to be formal, and too separate to be intimate. The failure of the work to connect to the land and the failure of the chairs to connect to each other emanate a certain tension and vulnerability. Likewise, Emily Sloan’s fertilizer letters spelling “To whom it may concern…” are just barely holding their boundaries in a grassy field. They’ll soon be scattered and grown over.

I have to agree with Murthy’s one-word description of the show: integration. The works are being crept over by and buried under the park’s environment, far more managed than unsanctioned nature but much less tamed than the traditional gallery. When looking for Hunter’s I Remember Fireflies, I came across real fireflies, and couldn’t tell which I was supposed to wonder at or which was more wonderful. I missed a couple of the works altogether, and much of the work deliberately erases itself. 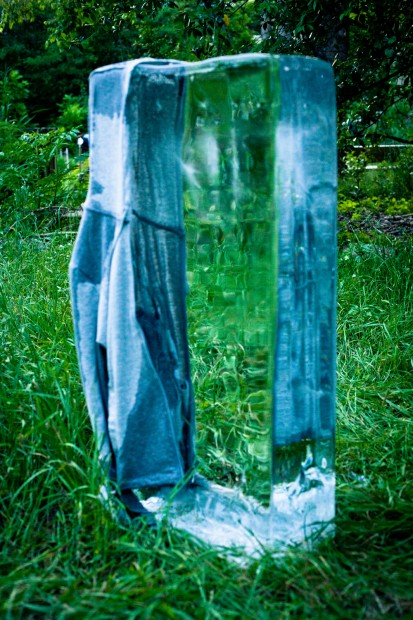 Raishad JarBar Glover’s H20 C15 H12 Br4 O2 has dissolved entirely by now, but consisted of three blocks of ice in a diagonal row, each wearing hoodies. His artist statement makes no mention of it, but beholden to the times, it immediately read to me of Trayvon Martin and his trial so loaded with questions of who is intruder, who is native and what the fuck is wrong with us.

Deeper into the park and deeper into its history, Gabriel Martinez’s A Sign in the Park uses the standard park informational format to chronicle the ownership/use of the land. Absolute decimal identification of this portion of space frames the story of a succession of temporary conquests. 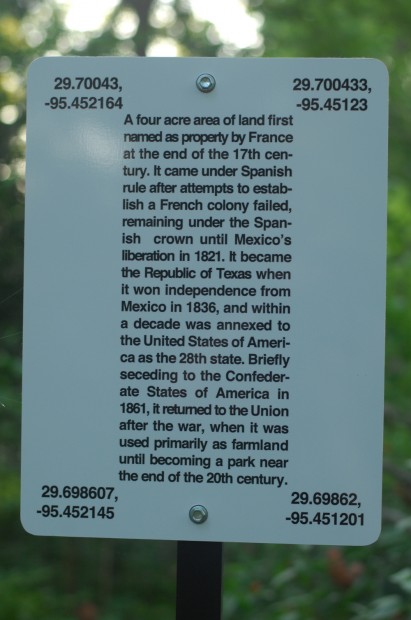 Gabriel Martinez, "A Sign in the Park" Photo by Adrienne Meyers

These works that manicure “native” materials into basic units of human measurement and abstract conventions highlight our structures. The installed works are at once imposing and deferential, assertive and assailable. The time spent searching for them casts its own spell at the instant of finding.

Many of the works flirt with the most obvious questions of art in the park: man’s intrusion on and rational ordering of nature. In contrast to the food lecture at Rothko a while back, where special guest Norman Wirzba ministerially condescended to the audience for an hour, these works speak subtly enough to let you and your thoughts wander along multiple pathways. I think this dusky gray space is exactly where It’s a Phase succeeds most.

If you would like more information about the history of the exhibits at Russ Pitman Park or to see images from past shows please visit http://municipaldirt.weebly.com/.

Municipal Dirt, June Woest, Lucinda Cobley and I are currently adding to the archive from last year’s exhibit “Defining Green” and continuing the spotlights on this year’s artists from “It’s a Phase”.