Turrell Skyspace in Limbo as Museum Tower Shoulders into the Frame 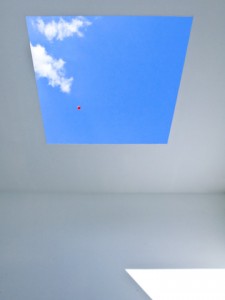 As early as 2009, there was concern over whether proposed construction next door to the Nasher Sculpture center in Dallas would impact artist James Turrell’s Tending, (Blue), which depends on an unobstructed view of a little square of sky from the foot of the Nasher’s Sculpture garden. In 2009 D Magazine’s Willard Spiegelman and accomplices sent up a red baloon to what they assumed would be the height of the new building (they were more than a hundred feet short!) and photographed the dismaying result.

According to Hiram Butler, Turrell’s Houston Dealer, Turrell’s contracts call for the piece’s closure if they encounter problems like this- and that appears to be what’s happened. Last week, at the opening of Erick Swenson’s show at the Nasher, a sign stating “We Regret that the James Turrell Tending, (Blue) is closed for artist redesign due to Museum Tower construction” blocked the  piece’s entrance. 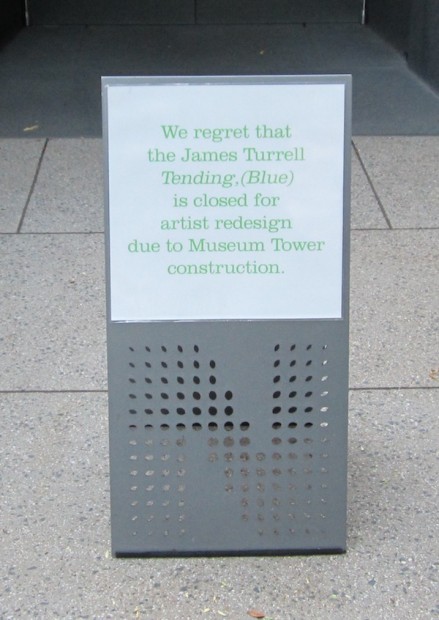 Little did we know when we did out trigonometrical experiment what greater damage Museum Tower would cause. The entire Nasher Center — both the outdoor gardens and the indoor galleries and sculptures — have been threatened, and the museum and developers are trying to figure out a solution. Whatever it will be, it will cost millions of dollars.