A crazy whirlwind of art and reunions in Dallas this past weekend. It was really hopping and I am exhausted. I’ll be moving back this Fall and I have to admit the past 3 days gave me hope and got me excited about rejoining the DFW art community. 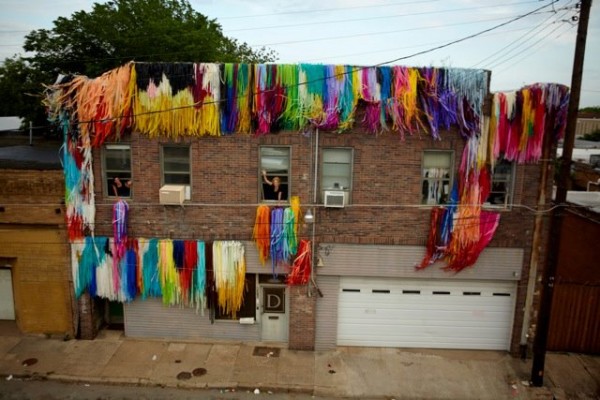 I drove up to participate in the Fallas Dart Air held at the Shamrock Studios and spent my time seeing and talking art with old friends and new all over town. I’m putting tons of links in this blog post and expect you to hit everyone. Friday after installing I had a chance to finally visit Oliver Francis Gallery which hosted the opening reception to the THE DALLAS BIENNIAL (DB12). The small back room housed volume 1 and was an impressive start. I especially liked Petra Cortright’s video Footvball/ Faerie. 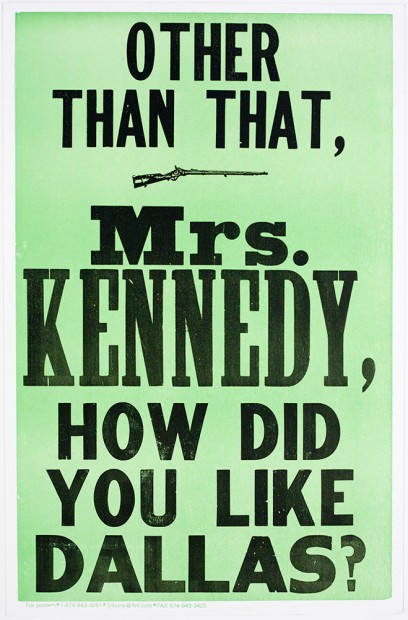 After that I headed over to the Dallas Contemporary for the first and only dallas Biennale. What’s the difference between the two? Well from what I heard it’s complicated… but they are different in spelling, organization, timing and scope. Be sure to check out each website for more details. I first stopped by the Leslie Street location around the corner to see the work of Michael Corris and Micheal Smith.  Dealing with drumming, youth culture and a wish to hold onto not only youth but iPhones and eye wear as well. Michael Smith’s work is hilarious, forebodingly sweet and just plain good. 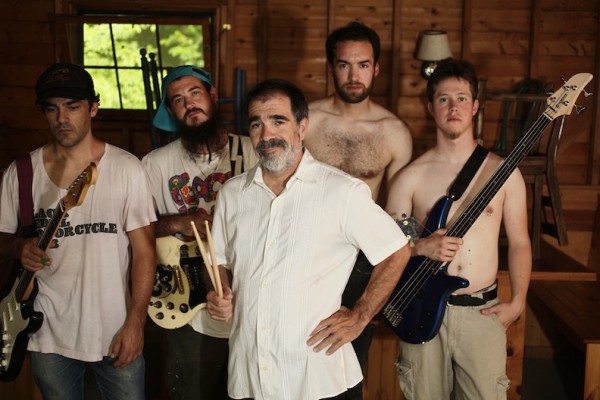 On site at the Dallas Contemporary one of my favorite artists Erwin Wurm’ s Beauty Business is a great installation of work positioned atop styrofoam pedestals. Most of which I’ve only seen through images over the years, I recommend you go and see them in person. 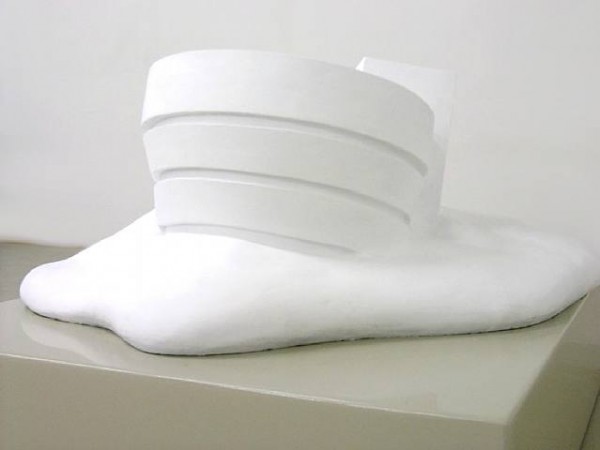 Dallas-based artist Erick Swenson also had an opening, Sightings, at the Nasher Sculpture Center which will be up until July 8, 2012. I love his work and missed the opening but will be sure to head back to town before it closes. 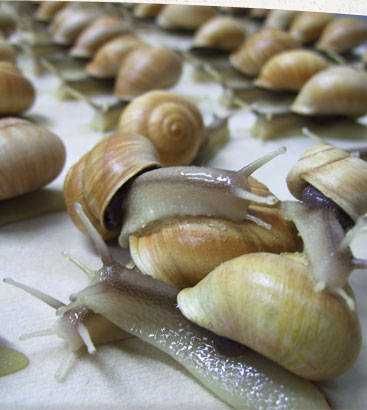 On Saturday afternoon I did a super quick pass through the Dallas Art Fair. I spent much of that time catching up with old friends from Texas as well as New York and LA. The fair had less Texas presence than in previous years which I can only guess had to do with the over saturation (2 fairs in Houston this year and Art Brussels which is happening this week) and the high costs vs. income of art fairs. But the DFW area represented strong with good looking booths from Conduit, Webb Gallery and Marty Walker. Read fellow GT blogger Kelly Klaasmeyer’s The Dallas Art Fair: It’s back and it’s better for more.. 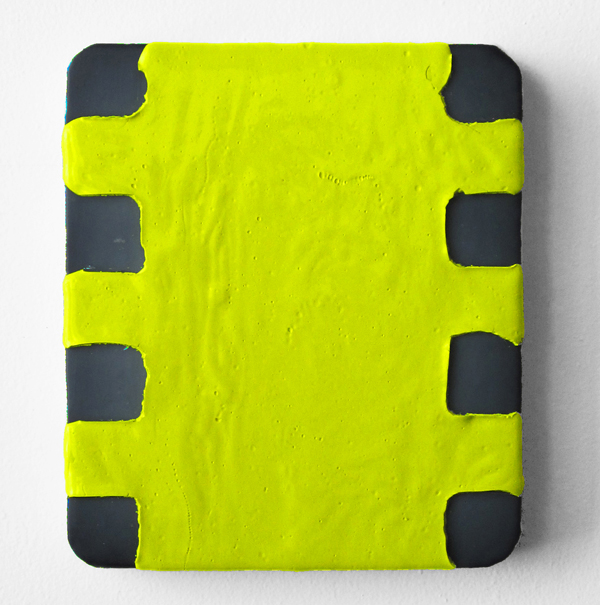 My favorite out of town booths were Leo Koenig, D’Amelio Gallery, Feature Gallery, and Canada from NY.  Horton Gallery also from NY looked good as well and had strong work from Austin artist Brad Tucker. Green Gallery in Milwaukee which is artist run like Canada Gallery was solid and had more Tony Matelli, that guy was all over the fair! CB1 Gallery from LA was pretty great too. 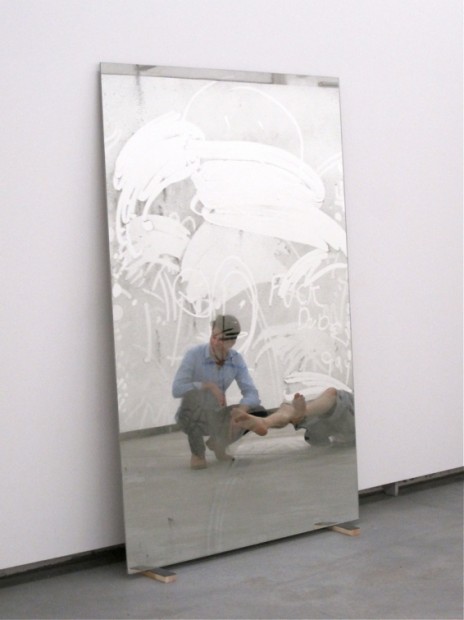 Saturday night I was at the Shamrock which drew an amazing crowd. I want to thank everyone who came out and especially Mai Koetjecacov Editions from Wichita Falls who proudly presented the first official Fallas Dart Air. Outside the Shamrock OccuLibrary worked their mission using aesthetically-informed strategies to lure awareness toward information that empowers the 99%. 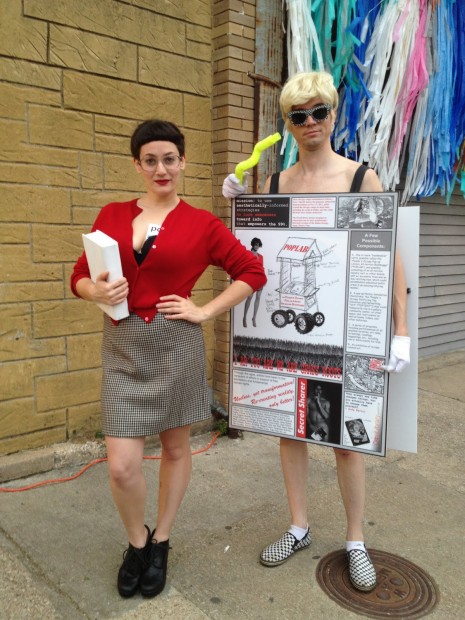 OccuLibrary staff in front of the Shamrock Hotel.

Then off to Angstrom Gallery which opened it’s doors once again this weekend (has it ever really closed…) for a primarily painting exhibition entitled Passenger.  Highlights included Dallas artists Ludwig Schwarz and Jeff Zilm, his painting Shock Corridor is on the far right in the image below, as well as work by Robert Lazzarini, Phyllida Barlow, and collaborative work by Jonah Freeman and Justin Lowe . 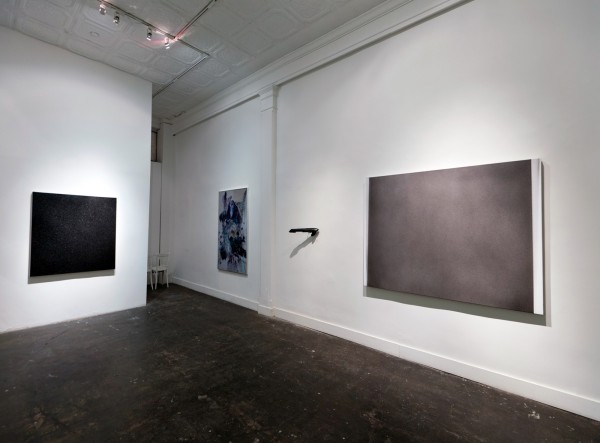 Well that was a lot to report and I KNOW I missed some good things in addition to what’s listed above but for now the city did what the slogan says and did it in a good way:
Live Large, Think Big. Dallas.

Wow! Thank you for recognizing the progress!!