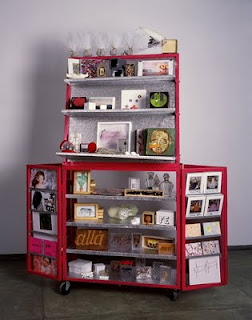 It’s not uncommon to walk the streets and stumble upon a vendor selling their wares laid out on top of a blanket directly on the street in Mexico City.  This blanket, however, is not just for aesthetic purposes, or to keep the merchandise clean, it offers the vendor a quick and easy escape if a police officer turns the corner blaring their siren or lights.  The vendor can quickly grab the four corners of the blanket allowing the merchandise to fall in the center, and they can inconspicuously walk away and relocate to another corner. In less than five seconds it’s as if they were never there. 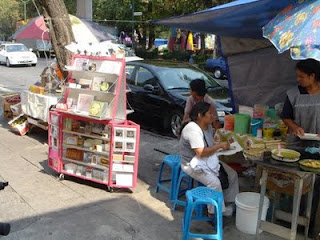 The Changarrito next to a quesadilla vendor in Mexico City

The Changarrito is a rolling cart made of metal that folds into a box, and opens out into a multi-leveled stand.  Artists place their work on it, and can either roll it around or stand with it set in one place. In 2005 a call was sent out to artists to participate in the Changarrito for ARCO, and the response was immense.  At last count more than 70 artists contributed at least three small works priced to sell quickly.  The Changarrito arrived in Madrid and it was an astounding hit, completely interrupting the commerce of the fair as Máximo walked through the fair aisles, and from pavilion to pavilion yelling at the top of his lungs “Lleva, lleva una obra de arte, barrato y original, menos de 200 barros!!”  There was a flurry of sales daily, and everyone took advantage of the low prices and excellent quality of the work.  Artists who had never had an exhibition sold their first pieces in Madrid, and the bonafide indicator of success was  when President Vicente Fox himself walked up to the Máximo and the Changarrito and exclaimed “El Changarrito!!”  in his deep baritone voice.  He shook Máximo’s hand (and my own), and congratulated the artist on such a successful performance piece. 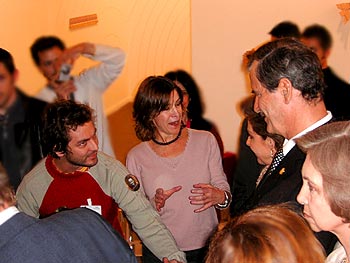 Vicente Fox with the artist Máximo González and gallerist Haydeé Rovirosa in Madrid in 2005, Changarrito not shown in photo

It was funny, ironic, and redeeming all at once.  The work that was exhibited in the physical, rolling Changarrito cart was not registered with the fair.  Matter of fact the fair organizers had no idea what to do with it.  Máximo had to convince many security guards to let him roll the cart from pavilion to pavilion.  In the end, the project received so much visibility, the artists sold incredibly well, with 100% of the profits going to them directly, and it was so well received that it has continued to thrive.  This year the Changarrito celebrates its seventh anniversary. 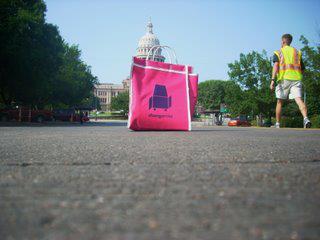 The project has since traveled all over the world from Mexico, Buenos Aires, Venezula, has been on view throughout the United States and Europe countless times. It has two incarnations, one in Buenos Aires and the other in Austin.  Countless artists have exhibited with it, been inspired by it, and have been able to pay their rent from its sales.  The most incredible part, however, is that each Changarrito experience is completely different.  Police officers have been called, bribes have been paid, there have been tickets and fines – and artists charming their way out of some of them.  In 2005 a group of artists set up shop in front of the Blanton Museum of Art with the promise that they would simply exhibit and not sell, which resulted in passing cash and merchandise via handshakes, or hidden in magazines.  It’s always an adventure. 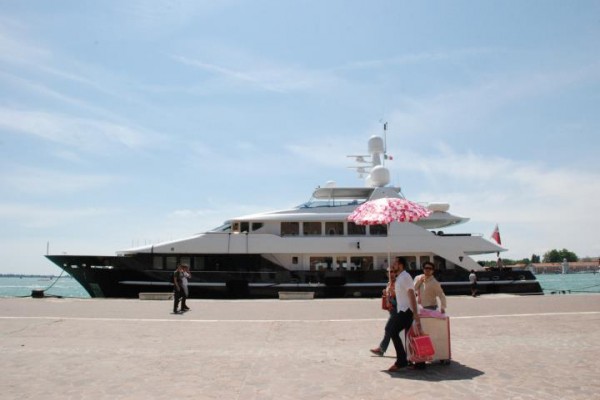 The Changarrito being rolled through Venice during the biennial

It’s hard to believe that the Changarrito Project is celebrating its seventh year of success, and that it is still going strong.  Its even harder to connect the many artists it has helped, supported and the many times it has been exhibited.  Congrats to all involved with the Changarrito and all the artists that have worked so hard to make it a success.