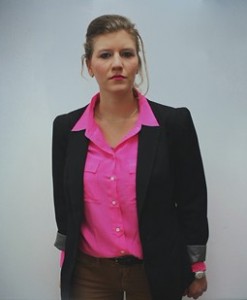 The upcoming Dallas Biennale, opening March 29 at Neiman Marcus downtown and later distributed among several venues is to be a “large-scale survey exhibition of international artists” organized by the Dallas Contemporary (“America’s Kuntshalle”) and curated by Florence Ostende, the new DC adjunct curator, hired last summer  for just such internationalizing.

“However”, the contemporary’s press release is quick to point out, “it is not an exhibition of reviving the encyclopaedic format of other grand international surveys, but a critique of them,” intended to point out their “growing lack of intellectual clarity and international standardization,” by itself being unfocused and presenting unrelated solo projects by a roster of international players.

This season everyone’s got the urge to de-biennialize: with protest over big economic issues stagnating, and media attention turned towards the US presidential race and Syria, Occupy Wall St. has turned on a softer target than the global financial system: The Whitney Biennial. According to Artinfo, “the Arts and Labor group of the Occupy Wall Street movement has published a letter demanding an end to the biannual [sic] survey show in 2014.” Apparently, it’s not fair to “art workers,” and “encourages many young artists to incur debt from which they will never be free and supports a culture industry and financial and cultural institutions that profit from their labors and financial servitude.”

Maybe we can get this kind of artist-enslavement-for-fame deal going in Dallas!

HaHa! You are right. Joan could have never done anything like this.

Joan Rivers or Joan Collins? I believe either one would be into this.

The original press release can be found here:

Bill, are you not an artist? Sounds like sour grapes to me! Don’t judge something before it even opens…it will make you appear wiser and someone younger artists can look up to.

I wish that we could blame the Dallas Biennial on the failed Texas Art System but even Michelangelo’s David would shed tears if how far we have fallen as a worldwide community of artists, collectors, critics, and financial contributors to the arts. I haven’t seen anything like the Dallas Biennial since the last time I flushed.

What was gained from these shows? What was the point? I guess if the art wasn’t there the suits wouldn’t know where to stand? Maybe they would lean up against the walls and get paint on their dresses? Is this what the art world has to offer society?

The people who aren’t involved in the art scene laugh at us. Who can blame them? This is what they see coming out of the art world.

So, Paul, I don’t know if your bad sense of taste is only a visual impairment but I wouldn’t trust you to tell sour grapes from French Toast. If you are one of the hacks responsible for this chaotic stupidity known as the Dallas Biennial you owe Bill and all of Dallas an apology for depriving the public of interesting, meaningful artwork.