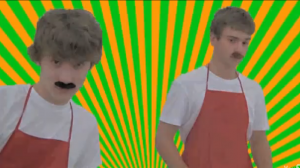 The Houston Public Library is taking submissions for its 4th annual Teen Film Festival. With cash prizes for the best short documentary, music video, animation and seven other categories (including the exciting “Teen Health”), this is a chance for 6th through 12th grade filmmakers to cash in on their YouTube-honed expertise. March 17, 2012 is the deadline for DVD submissions, and the festival itself is scheduled for March 31. Films must have been made since January 2011, and may be on “any topic”, although “all films will be previewed for content,” which presumably means that potentially controversial videos will be censored from the screenings (let’s hope not the prize competition). There’s been no announcement of who jurying the awards.