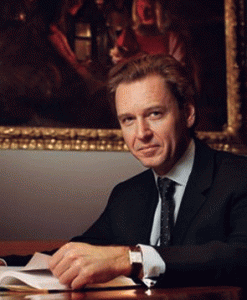 The LA Times Christopher Knight reports that the Getty museum has named former Kimbell Art Museum (Fort Worth) director Timothy Potts to head the J. Paul Getty Museum in Los Angeles. Potts replaces Michael Brand, who took a new job in Sydney, Australia after yet another round of what the Knight sees as inevitable frictions between the Getty Museum’s director and his boss, the President of the Getty Trust, who oversees the museum and the three other directors of the Getty’s research, conservation and grant programs. Potts headed the Kimbell from 1998-2007, where administered an acquisitions budget similar to that of the Getty. He begins work on Sept. 1.

The news of Potts’ appointment was announced a little earlier than the Getty had planned, owing to a leak by Lee Rosenbaum’s blog CultureGrrl, which has posted the Getty’s hastily-composed press release.