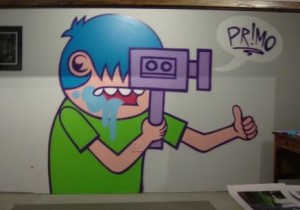 This afternoon the Houston Film Critics Association tots up the best films of 2011 at their fifth annual awards show. Although some of the suspense has been reduced by the early announcement of most of the award winners, HFCS has saved out the the announcement of the inaugural Texas Independent Film Award, spotlighting independent productions with a significant amount of their shooting and financing done in Texas. Films up for the honor include Deadbeat TV Vol. 2 (Invisible Studios),  The Great American Moon Rock Caper (Flock of Film Productions), Jacob (Odyssee Pictures), Puncture (Millennium Entertainment), and Alex Luster’s street art documentary Stick ‘em Up (Shootsleepedit). The event takes place at the MFAH’s Brown Auditorium theater at 4 p.m. and is free and open to the public, with a reception to follow in the MFAH’s galleries.