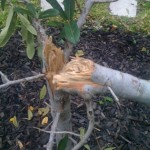 In an interview with Houston’s Culturemap, The Art Guys respond to the string of protests and vandalism that have marred the installation of their piece Art Guys Marry a Plant at the Menil Collection. Along with a recap of the piece’s stormy history, Culturemap reports that Houston art dealer Hiram Butler phoned the police on Saturday, December 3, the day the tree was found snapped in two, reporting a November 29 argument between the Art Guys and himself outside his gallery.

Art Guy Michael Galbreth claims that interpreting the piece as against gay marriage, which has been the most important source of the dramatic resistance to the piece, is unfair, saying, “You can’t just assign these meanings to things, these sinister meanings that don’t exist.” The Culturemap article reports no response to quieter, but no less widespread criticism  that Art Guys Marry A Plant is merely not the duo’s best work. 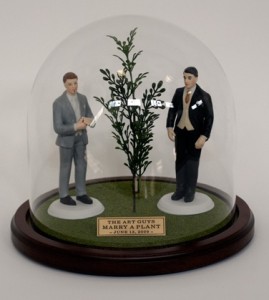 Catherine Cuellar, “The Kevin Bacon of Dallas”, (and...