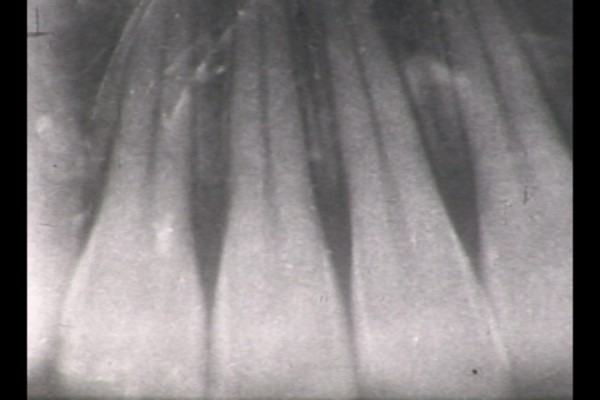 My husband is like the other 99.5% of Americans who go to the movies to be entertained, not to think. So it is with some trepidation that I asked him to accompany me to the Contemplative Cinema event at the Texas Theater earlier this month. The short 45-minute screening and beer allowed in the theater cinched the deal.

The experimental film program curated by Mike Morris featured California filmmaker Eric Stewart and vintage short films by Stan Brakhage, Tony Conrad and Carolee Schneemann. When I arrived, I was told that the screening was in the Dungeon, which required a walk through the men’s room and a descent into the dank basement. Rather ironic that art is relegated to the dungeon. It reminded me of some seedy 1980s New York alternative performance art space. 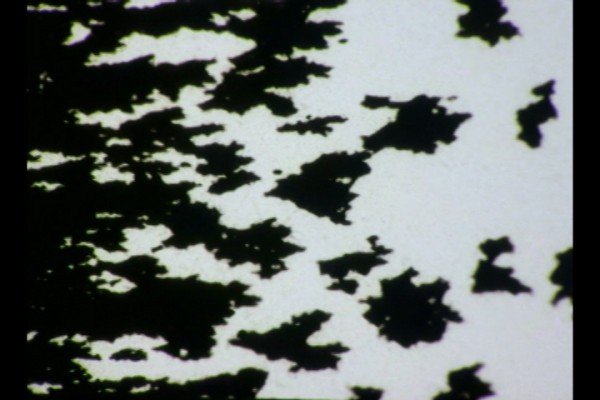 In Stewart’s two short films F.e. (2010) and Strata (2010), he directly manipulates the film surface, exposing the emulsion to light and objects. Stewart does not use a camera, instead employing techniques similar to the photogram process used by Dada/Surrealist photographers Man Ray and Moholy-Nagy.  In F.e., magnetized iron filings create abstract, swirling patterns. Strata intersperses MRI body imaging with botanical specimens. In both films, the quick edits cause disorientation in the viewers’ perception. The films’ beautiful textural quality is something that cannot be replicated in digital HD. 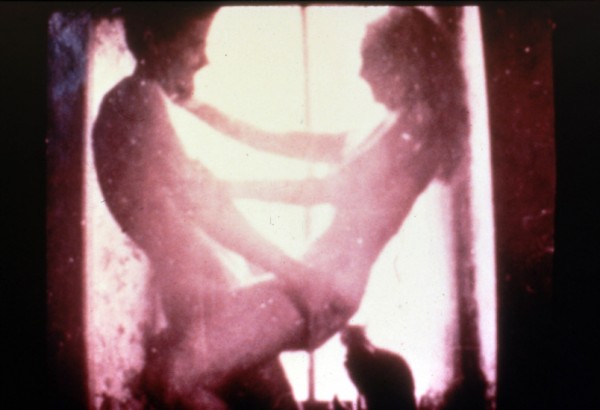 After viewing Brakhage’s iconic Mothlight (1963), it is clear that Stewart’s work pays homage to the pioneering experimental filmmaker. Brakhage’s work never disappoints; his vision and process are so unique. Conrad’s Film Feedback (1971) was tedious, but I appreciated the inside joke mimicking video feedback. Known for her iconic performance Interior Scroll (1975) where Schneemann pulls a scroll from her vagina, I was curious to see Fuses (1965). The 22-minute film was as close to porn as you can get and still be art. The hand-painting on the film’s emulsion thankfully masked some of the more explicit sex scenes featuring Schneemann and her lover. It’s important to contextualize the film with Schneemann’s other feminist work, as well as the time period. Fuses is an unabashed celebration of a woman’s sexuality. I usually have a high squirm tolerance, but the explicit crotch and scrotum shots got to me. I’m sure that was Schneemann’s intention.

With the advent of digital technology and YouTube, it is rare to see 16mm film screened. It’s even rarer to see contemporary artists using the outdated and labor-intensive analogue film process. My husband’s response to the program: “The military should eliminate waterboarding as their preferred method of torture and show these films instead.”

As with most challenging art, the majority tends to reject it. But that doesn’t mean that there’s not a place for it. Bravo to Mike Morris for starting this intermittent microcinema. Let’s get it out of the dungeon.