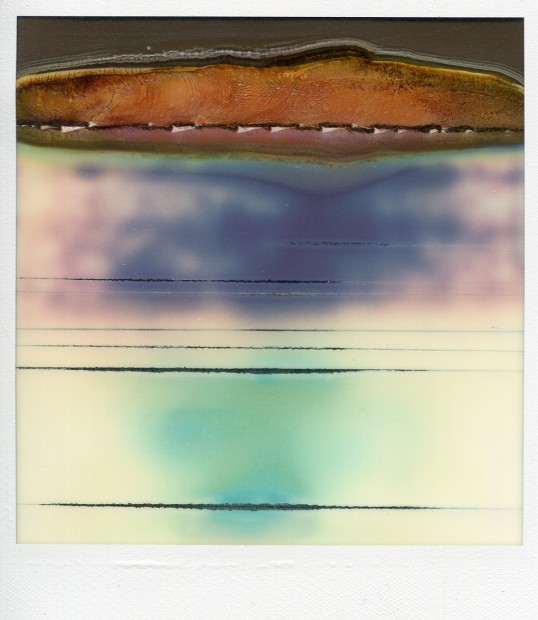 Seriality, curated by John Pomara, presents the work of ten primarily North Texas artists who embrace seriality through form, process and content. A few of the knock-your-socks-off pieces are works by Patrick Murphy, Gregg Biermann and Ruben Nieto.

Using a Polaroid camera and film, artist Patrick Murphy’s work both defies and incorporates seriality. The series of 15 abstract color images appear formally similar; a Polaroid can’t escape its Polaroid-ness. However, each image is unique, unable to be reproduced. Murphy’s process further challenges the issue. He takes apart the camera, manipulating the various parts, in order to “mess-up” the images. The resulting photographs resemble miniature color field paintings. Each blip and mistake causes linear patterns of color to appear. They are beautiful, despite their scarification. 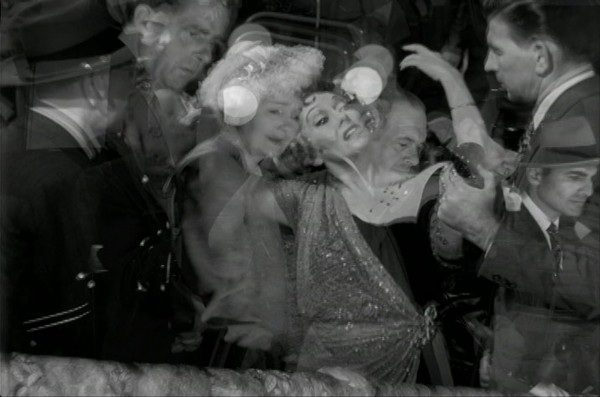 Gregg Biermann’s video work employs repetition as both a conceptual and formal strategy to question iconic moments in classic films. In Sunset Blvd., (2008) a single scene from the 1950 American film-noir morphs into a Futurist composition, filled with “dynamism” and movement. The video also reminds me of early movement studies by Marey in which multiple frames of movement were shot in a single composition. 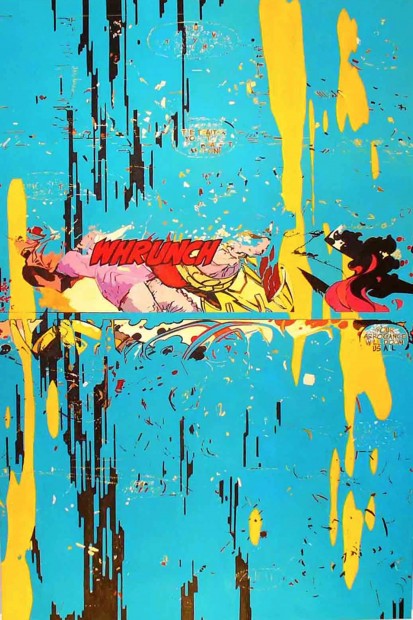 Ruben Nieto’s work could be categorized as Neo-Pop. Combining images and text from comic books with a colorful brand of Abstract Expressionism, Nieto’s paintings are infused with irony and puns. He designs his work in Photoshop, then sends the digitized files to China, where factory workers produce the paintings and mail them back to the artist. His works are literally “Made in China.” The resulting large-scale oil paintings are visually arresting and the prankster in me really appreciates the “factory” commentary.

While a few works felt derivative, the exhibition as whole is vibrant, animated with energy and wit. It reminds me why I love art.

Seriality
The University of Texas at Dallas
Visual Arts Building Gallery
Through November 26, 2011