World on a Wire: A new/old film by R. W. Fassbinder comes to Texas screens. 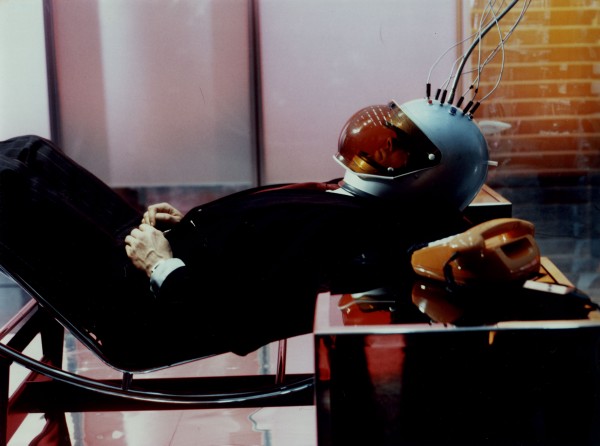 Phillip K. Dick meets Jean-Luc Godard in the fever dream of a vintage collector! OK, that was my quick attempt at a simple and catchy, hyperbolic hook for Rainer Werner Fassbinder’s mostly unknown 1973 film, World on a Wire. Maybe not the best tagline, but not completely off the mark either. This brilliant oddity was shown in two parts on German television in the fall of 1973, and has been scarcely seen since. That is, until its recent restoration and limited theatrical engagements. World now makes its way to Texas screens, showing at the Museum of Fine Arts Houston this Friday, Saturday, and Sunday; and opening for a week run in Austin at the Alamo Drafthouse Cinema on Oct. 30.

Adapted from the 1964 novel, “Simulacron-3,” World on a Wire is a paranoid, futuristic tale revolving around a cybernetics corporation that has developed a computer simulation reality. Both the real and virtual worlds in the film are populated by strangely alienated “identity units” (ie. people), plastic molded furniture, colored telephones, TV monitors, glass partitions, and mirrors at every turn. In fact, the mirror and glass reflections–and the camera’s movements into, out of, and around them –are everything here. Art Director Kurt Raab and master cinematographer Michael Ballhaus (who has also shot many of Martin Scorsese’s films) deserve their share of the credit for creating our choreography through real and reflection. The film’s slick-yet-grainy look– achieved by the rare combination of beautifully controlled camerawork and the use of super-low budget 16mm stock­– is evocative of the uneasy coexistence of the controlled and the organic. The same goes for a score that uses classical music masterpieces as muzak counterpoint to eruptions of ominous electronic cacophony. 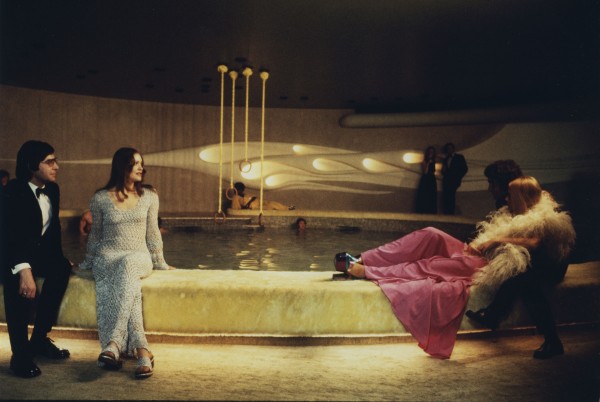 Cinephiles will delight in placing this long-buried treasure within the context of the unbelievably productive career of its notorious director, a central figure in the New German Cinema of the late-60s and 70s who died of a drug overdose at 37. Fassbinder was 27 at the time he made World on a Wire, and had completed Effi Briest, and shot two other films the same year (including the much lauded and very different Ali: Fear Eats The Soul.)

Fassbinder and his cohorts didn’t know much about computers and had never before ventured into this genre, but were fascinated by the idea that we might all be operated by remote control and unknowingly working at the service of another reality. So while an existential Sci-Fi thriller by Fassbinder may seem odd, the parallel of virtual simulation and the servant/master relationships of feudalism and classism fits his preoccupations.

World on a Wire also begs comparisons to other masterworks of cinema, namely Stanley Kubrick’s 2001 (made late in the previous decade) and Ridley Scott’s Blade Runner (made early in the next decade.) But I’d suggest, for now anyway, suspending these connections and taking the film as it comes to us – out of the blue. 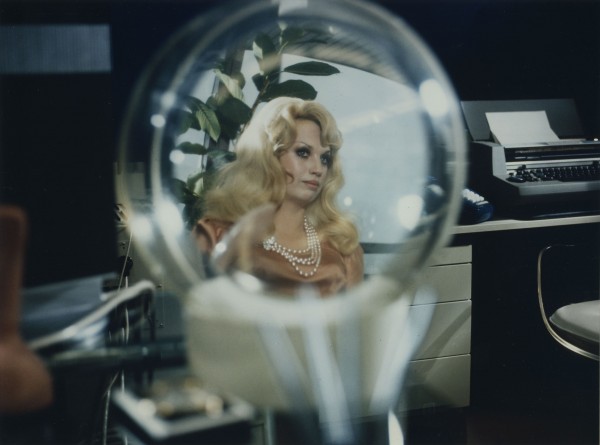 In so many ways, both the film itself and its arrival to us now, toggles contradictions perfectly. An old film that is new. A mundane world that is dazzling. A tried premise that is fresh. As in its story, World on a Wire brings the revelation of a strange yet familiar parallel universe that has existed without our knowledge.

Oh yes- I should also mention that the two-part film, while a little long at 3 ½ hours, is (A) totally worth it; and (B) being shown with a brief intermission in the middle to stretch the legs and hit the bathroom if needed. I think you can bear to be away from your facebook “identity units” that long. But if not, you might be able to leave at the end of part 1 and cleverly time your return at the next day’s screening.

___________
Peter Lucas is a curator and arts educator living in Houston. He is currently Education Associate and a contributing curator at the Contemporary Arts Museum Houston. Lucas has been Associate Program Director at Northwest Film Forum, Film Programmer at the Seattle International Film Festival, and an independent curator/presenter of programs at the Alamo Drafthouse Cinema and Aurora Picture Show.