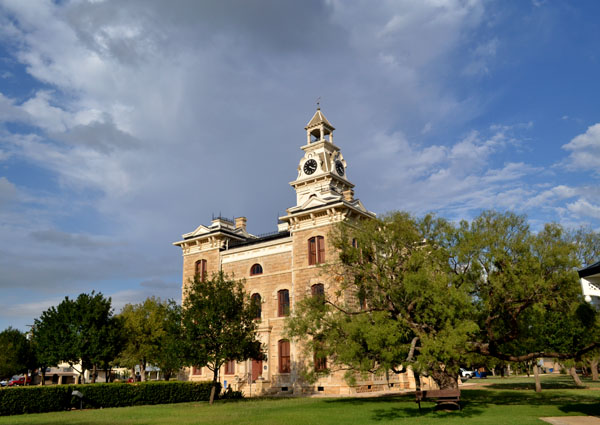 Small Texas towns are easy to stereotype, and often, those generalizations prove themselves to be true.  Conservative politics, high school football, and abundant red meat are just a few that come to mind. Last weekend I was fortunate to be able and spend a number of days in just this kind of town installing an exhibition at The Old Jail Art Center. Having come from New York City just a few days prior to say I was experiencing a minor amount of culture shock in Albany Texas would be an understatement. The difference between these two places needs little explanation, though oddly enough, I felt just as comfortable ambling next to the Shackelford County courthouse as I did gallery hopping in Chelsea.

If you’ve never experienced a homecoming parade in a small town I highly recommend it, and if at all possible, attend the high school football game that generally follows. Happily I was able to do both in Albany, not to mention eating a steak at The Beehive, and being served a diabetes-inducing portion of stuffed French toast at the small Bed and Breakfast I called home. Add to this a laid-back atmosphere, kind local sculptors, the potential for discharging firearms at any moment, coupled with the obligatory small town Dairy Queen and you’ll begin to get a pretty clear picture of what life in small town Albany is like.

There’s a familiar argument that links a cities size to its ability to support a museum or arts institution. It was a pleasure to discover that Albany, population approximately 1,921, is able to sustain a museum with a full time staff of seven, a permanent collection, and community education programs, all the while offering programming that ranges from the historical to the contemporary. As an institution it seems to disprove at least part of the notion that population is a major determining factor in the presence of the arts within our cities, while suggesting that simple willingness and interest on the part of the populace determines more about the relative success of an institution than anything else. If this small, relatively conservative Texas town can maintain and support a museum of this sort what does that say about Austin, population 790,000, and its recent bout of failures in doing much the same?

While there are certainly complex factors that aid in the Old Jail’s success (according to one museum board member I spoke to Albany is home to three billionaires and a handful of millionaires) the fact remains that a large portion of the community is deeply committed to the success of the museum and support it in critical ways. (The sheriff and justice of the peace volunteer on the weekends) And why wouldn’t they? My experience working with curator Patrick Kelly and registrar Rebecca Bridges was professional, engaging, and flat out enjoyable.  For a small museum in a small town they are trying to do big things and it’s no surprise they’ve found success. 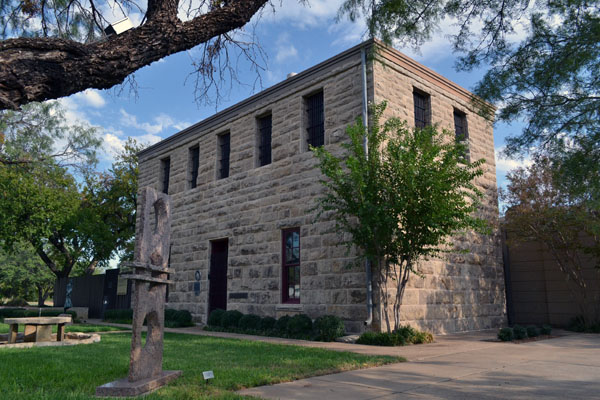 The tendency is to compare one place to another, with a judgmental eye towards identifying good versus bad, always foraging for the potential benefits we might reap. As a result we end up never really being anywhere. From the safe confines of our geographic and mental foxhole’s it’s easy to judge other places, to make assumptions about the populace, and revert to generalizing in one way or another. Intolerance, amongst other ills, run on this regressive fuel, so in an effort to stave off these types of afflictions when I find myself in a new place I try and just be there for a while. Aside from being asked about my potential liberalism, I was glad to have spent some time in Albany, soaking up some of that West Texas charm, installing an exhibition, and learning some things along the way.

The Grace Museum in Abilene might surprise you as well.