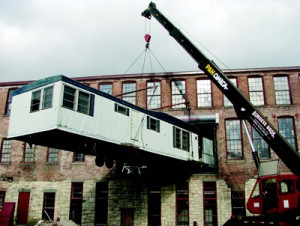 Cases such as the high profile merger between Dance Theater Workshop and the Bill T. Jones Dance Company, which together became New York Live Arts, have inspired talk of an uptick in mergers among nonprofit arts organizations. In the nonprofit sector more broadly, strong anecdotal evidence suggests mergers are on the rise. 20% of 117 executive directors who responded to a 2009 Bridgespan poll said mergers were on the table as a response to the economic downturn. A year later in the Stanford Social Innovation Review, nonprofit consultant David La Piana reported a 60% increase in “strategic restructuring” business.

In fact, John McCann, who facilitated the NYLA merger, predicts that this is only the beginning. In his view, mergers, and other types of coordination and collaboration among organizations, will become more prevalent over the coming years. Off the top of his head, he threw out a few reasons for this, and here’s my take on them:

I think McCann is probably right about the trend. Mergers will continue to become more common in the nonprofit art world. Diminishing resources and increasing demand for metrics and benchmarks will pull organizations toward a larger scale (and the “efficiencies” it brings) to produce coordinated efforts on measurable outcomes. It’s impossible to make a blanket statement about the value of mergers in the arts. The value depends on the particular circumstances and mission in each individual case. However, on an industry-wide level, a trend toward larger organizations, organizations that are able to realize efficiencies and put resources into measuring impact, comes with benefits and costs.

A focus on measurable outcomes disposes organizations to prioritize the measurable over the immeasurable. Dollars spent on overhead, number of visitors through the door, economic growth in the neighborhood, number of youth from the region admitted to four-year colleges—a museum can easily measure these. Quality of exhibitions, artists’ experience working with the institution, appetite for artistic risk-taking—a museum must work a whole lot harder to find metrics and gather data for these. As the industry consolidates, we will give up some texture and nuance for efficiency and large-scale, measurable impact.

Though becoming more prevalent, I hope that mergers don’t necessarily become the default for arts organizations. Though there are certainly some “efficiencies” that can make it look attractive there many transaction costs as well. Not to mention the growing pains associated with taking two separate entities and making them into one. Some skeptics would even say if two nonprofits are able to merge, then one was probably redundant to begin with. Despite that, I just hope people give other creative arrangements such as joint ventures and partnerships a first look. There are many other collaborative models far less severe than a merger.

And though a pain, metrics don’t have to necessarily be a bad thing. I think if organizations spent more time better educating foundations on the metrics that apply/matter or creating creative metric models (and less on shying away from them) the system would be far better. But there definitely metrics out there that benefit organizations far more than they hinder.