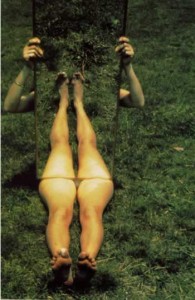 In 2009 Jonas was awarded the Guggenheim’s first annual Lifetime Achievement Award. Jonas has been awarded fellowships and grants for choreography, video, and visual arts from the National Endowment for the Arts, the Rockefeller Foundation, the Guggenheim Foundation, the CAT Fund, the Artist TV Lab at WNET/13 (New York City), the Television Workshop at WXX1 (Rochester), and the Deutsche Akademischer Austauschdienst  (DAAD) in Germany. Jonas has received the Hyogo Prefecture Museum of Modern Art Prize at the Tokyo International Video Art Festival, the Polaroid Award for Video, and the American Film Institute Maya Deren Award for Video.