Dallas billionaire Republican philanthropist Charles Wyly was killed Sunday, August 6 when his car was hit by an S.U.V. near the airport in Aspen, Colorado. He and his brother and business partner Sam Wyly gave $20 million to help build the Dallas performing arts center. He was 77. Wyly served on the board of the United Way of Dallas and the Dallas Museum of Art, co-founded Michael’s craft stores, donated $300,000 to Texas Governor Rick Perry, and was accused by the Securities and Exchange Commission of reaping $550 million from illegal insider trading over a 13-year period. 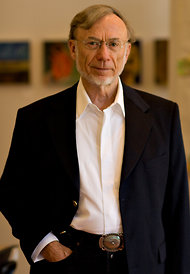