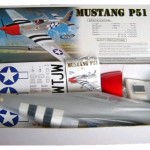 Patience, in the traditional sense, is a virtue I’m not fortunate enough to possess. So much so that as a child I was set down and made to build model airplanes as a way to try and teach me its value. Needless to say, trying to glue all of the parts together within a ten minute span didn’t really work out so well. Subconsciously I might still be trying to teach myself those lessons, but that’s beside the point. Are the impatient really so unvirtuous?

So here I am in a museum filled with objets d’art. I know that I’m supposed to take my time, and I also know that The Louvre found that most people looked at the Mona Lisa for a whopping fifteen seconds, and I certainly don’t want to be some kind of Philistine. But I also know that I’ve got to be somewhere, not sure where exactly, but somewhere. I used to feel guilty for walking at a quickened pace through museums, a compulsory sense of duty far outweighed my common sense. For a while I would stand in front of each object, count to sixty, then move to the next. Rinse, wash, repeat. I may as well have punched a clock when I paid my admission fee. Eventually though something changed. I’m still impatient, but I don’t count, nor do I feel guilty about only spending two-seconds in front of a Matisse, which is honestly pretty generous if you ask me.

Looking, reading, listening, making, really anything worthwhile, takes time. It was good to figure this out. Now instead of counting to sixty in front of every work of art that hasn’t piqued my curiosity I give it my best shot and then move on to something that does. At this point, having saved myself hours of physical and mental effort, I can spend as long as I’d like with it. Revelatory. (This is particularly prescient information if one happens to find oneself in the endless, purgatory-esque rows of an art fair.) So in a sense, impatience enables patience; allowing long periods of time to be spent on the important things and very little on the others.

I’m not advocating tunnel vision. Exposure to as many ideas, objects, texts, and sounds as possible is critical, especially today when echo chambers are increasingly easy to find. But knowing when, where, and how to spend ones hours is vital in terms of enjoying art and all of the other things that demand at least some measure of  time to ascertain. Not an easy thing to do however, our dysfunctional government can’t even figure it out. Case in point, the debt ceiling crisis. Patiently, politicians racked up the national debt bailing out banks, doling out subsidies, and fighting wars. Suddenly there’s a ‘crisis,’ and the once spendy schoolboys amongst them start impatiently demanding we’re fiscally solvent in six months; jobs, health, entitlement programs, and infrastructure be damned! With reckless patience followed by heedless impatience, to say nothing of nauseating priorities, it’s no wonder we’re on the downslope. Hey, it’s never too late to take up model building, though America’s not all that great at building things these days, especially those that require patience, so I’m not holding my breath.

Totally agree. I like to call it ‘discerning patience’. I recently visited “Fallingwater” and found myself completely impatient with much of what was there. I didn’t care about the small beds or the picture of the owner with his ballet shoes or the dining room chairs the owner’s wife used instead of the ones Wright designed.

I wanted to see the outside, the living room, stand on the balconies, hear and feel the water below and simply ‘be’ there. Wright’s idiosyncratic doo-dads don’t mean that much to me. And, I don’t feel guilty about passing them by.

I learned from my wisest literary instructor that any art: wether film, painting or poem, will grab you with that total “wow factor” for any particular reason. Since then, I completely rush by those artists unless I’ve already done the research which drags me to them (Jackson pollock was an unexpected one, but would you believe he uses a bit of quantum mechanics?).

The work will make me linger if we connect, or if the idea is properly conveyed. Sometimes a painting would make a better photograph, or what is said in a novel could be done better in a poem. Although this tends to make me a harder critic.