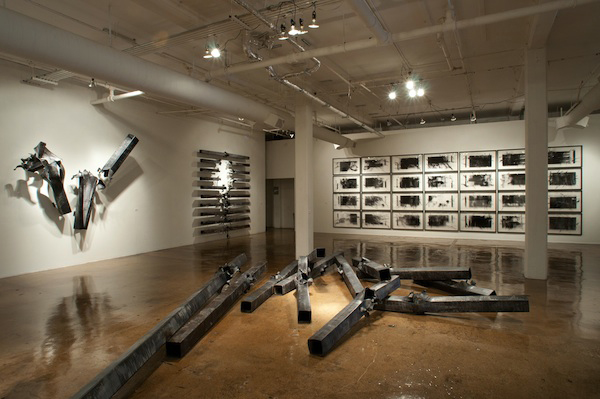 Before the era of car bombs and IEDs, Icelandic-born sculptor Gudjon Bjarnason began using high explosives to create unorthodox shapes and forms in his work. He was looking for unexpected dimensions to use in his architectural designs for unconventional houses. A maquette he created for a house he’s planning has a front entrance that looks as if it’s been ripped away by a tornado.

“I started in 1995, but now there is always a reference to 9/11 and terrorist bombings,” Bjarnason says. “And I may have started as a response to the terrorism in the world, but now the work is much more than that. There’s a certain kind of energy that comes from these forms caused by explosions. It doesn’t fit our ideas of symmetry and balance; instead, it’s the opposite, which suggests a new way of seeing.”

During a residency at the Blue Star Contemporary Art Center, he enlisted the aid of the San Antonio Police Department Bomb Squad to create ten new large-scale metal works for “DySTOPic ProgressiONs.” Bjarnason asked the members of the squad to do highly-controlled explosions designed to create specific effects in his compositions of welded square steel profiles, though the frayed edges and rips in the steel are the spontaneous results of the explosives.

“Six MINutes of SeperatiONs,” a six-minute art video collaboration with Walley Films, shows the explosions. Bjarnason says his oddly capitalized titles are intended to reflect the surprising disruptions in his alternately stream-lined and jagged sculptures.

“I blow things up, but it’s done scientifically,” Bjarnason says. “I used highly specialized C4 explosives set to get the effects I want. The San Antonio bomb squad was extremely skeptical at first, but once they realized the nature of what I wanted, they saw it as a real challenge. I’m not blowing up things randomly. There is a kind of order to it.” 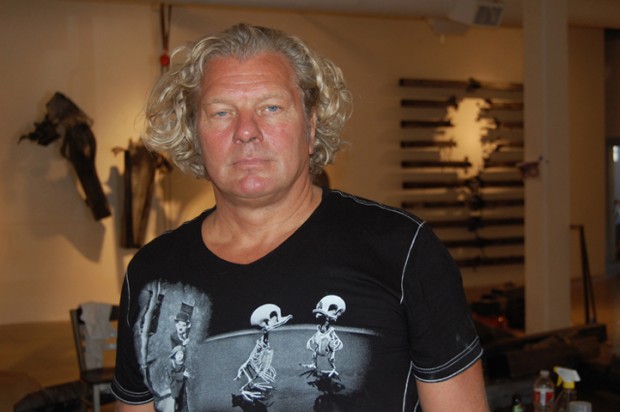 A blasted hole, resembling a portrait that’s been blown out of a painting, appears in the upper half of a rectangle formed by a shelf-like stack of ten steel profiles in “UPrising ACute DEscending – ABYsSMALL pleasuREs.” It’s a major intervention in the minimalism of Donald Judd, but it can also be read as a metaphor for the battle between realism and modernism. Bjarnason leaves the tell-tale lines of detonation wires dangling from the twisted metal. 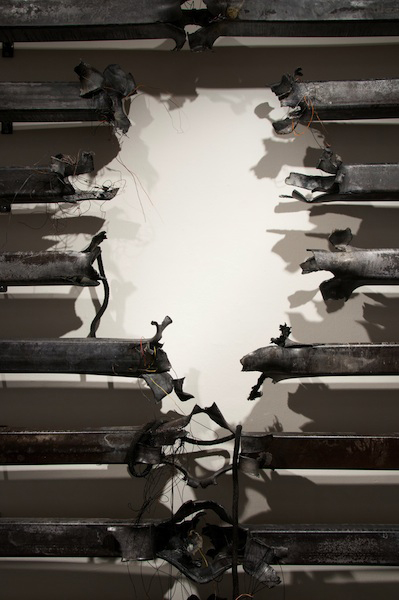 “CATalyst VisiONs” forms a giant V on the wall, though the ends of the steel profiles are jagged and twisted, almost as if something has driven through the sculpture. Other blasted works are strewn on the floor and suspended from the ceiling. While Bjarnason’s work has its formal qualities, it’s difficult not to think of recent terrorist bombings while looking at his work. 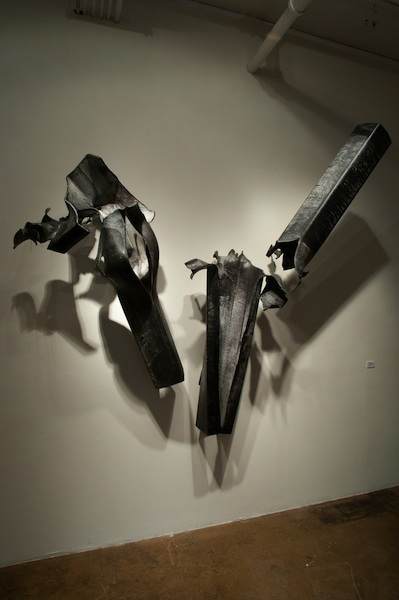 “I see much of my work like drawings,” Bjarnason says. “I blow things up to create black lines in space. But my work is also very much about liberation versus oppression. Society can be overly controlling, even about what art is expected to do. My work has a liberating force to it because it is so different from what is expected. I am using explosive forces to create something new.”

Bjarnason, who divides his time among Reykjavik, New York and Pondicherry, India, recently became the creative director for the formation of a newly proposed Icelandic Sculpture Park along the archipelago coastline of Stokkseyri, a small town in southern Iceland. He has exhibits coming up in New York, Beijing, Shanghai, Monterrey, Melbourne, Lodz, Pondicherry and Delhi. He also works with the experimental architectural group ABZ-Associates.

This exhibit is part of the Icelandic Cultural Exchange (ICE), which the Blue Star inaugurated in 2007 when Icelandic sculptor Steinunn Thorainsdottir showed her work at the San Antonio Botanical Garden. Bill FitzGibbons, Blue Star director, used multicolored LED lights to turn the Reykjavik City Hall into a site-specific light sculpture as part of an exchange in 2010. San Antonio sculptor George Schroeder, who curated Bjarnason’s show, is set to install two outdoor sculptures in the Stokkseyri sculpture park in August 2012. 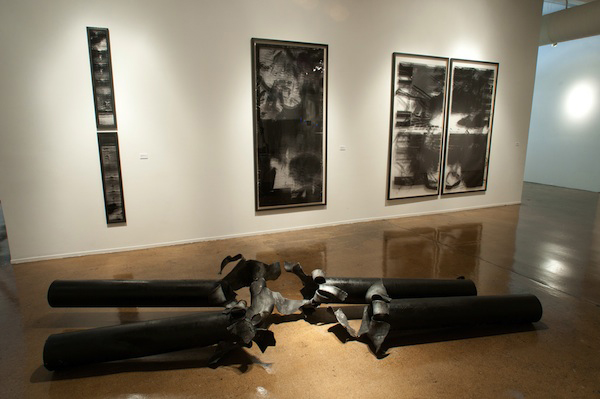