Similar but Different #20: Let There Be Light

In doing research for an upcoming exhibition I couldn’t believe the amount  of contemporary art based on chandeliers out in the world. For Similar but Different #20 let me illuminate you on all the opulent forms of glass, glitz and glitter I found.

We’ll start with DFW’s own Lance Jones. Untitled (And There Was). Metalic C-print. 2010. 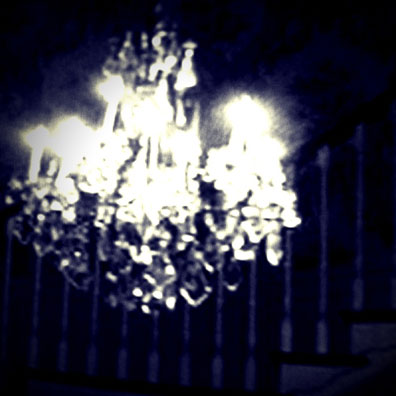 Fred Wilson. Speak of Me as I Am (Chandelier Mori). 2003. I saw this exhibition at Pace Gallery and even accidentally stumbled in when Fred Wilson was giving a tour to what I can only guess were collectors and curators. It started my love of chandeliers and his work. 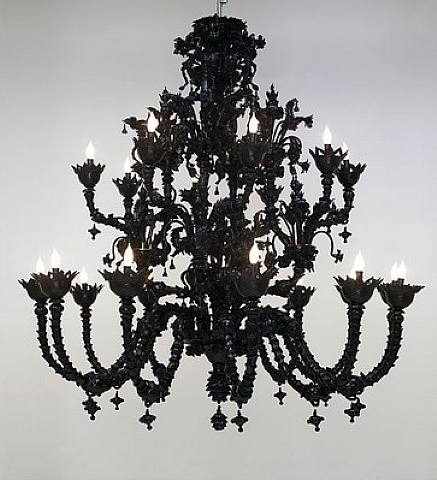 Terence Koh. These Decades That We Never Sleep, Black Light. 2004. 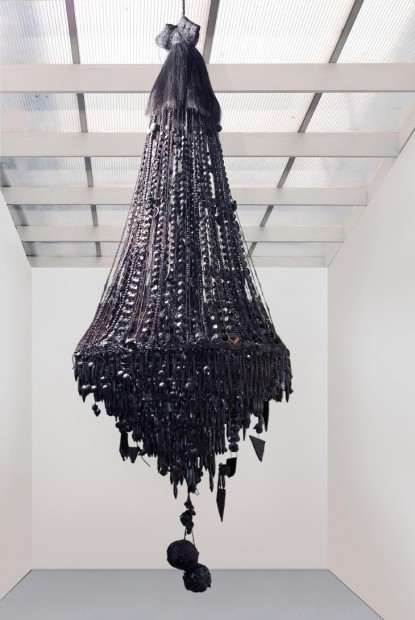 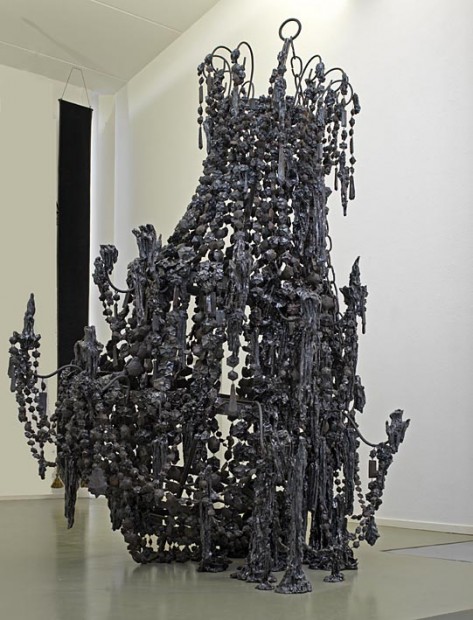 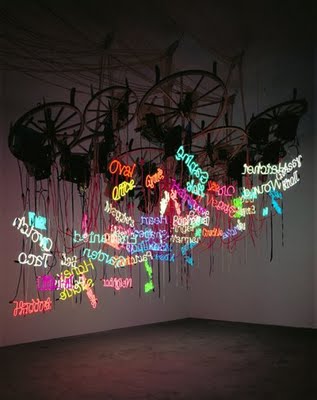 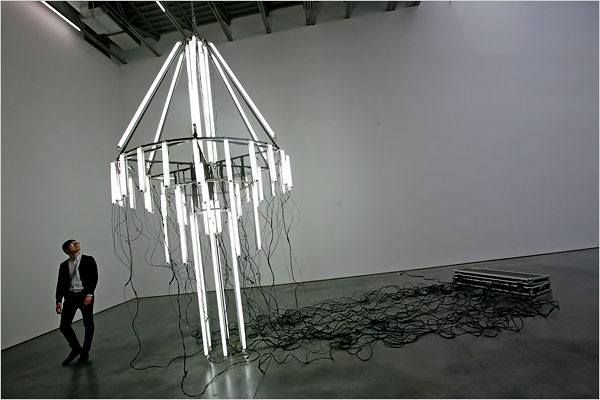 Jean Philippe Delhomme of The Unknown Hipster’s take on Banks Violette and the NYTimes take on Delhomme. “Ironic wiring in a Banks Violette installation at Gladstone – a sculpture which somehow formally echoed my hat. Being in a mundane state of mind, I wondered how one could vacuum between the wires without messing up the piece.” 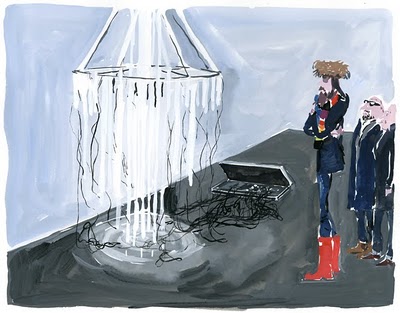 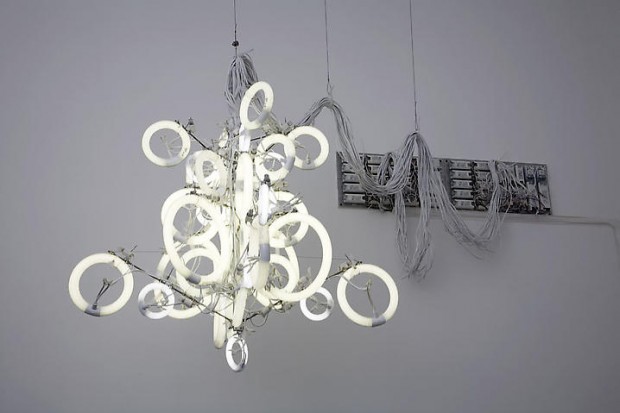 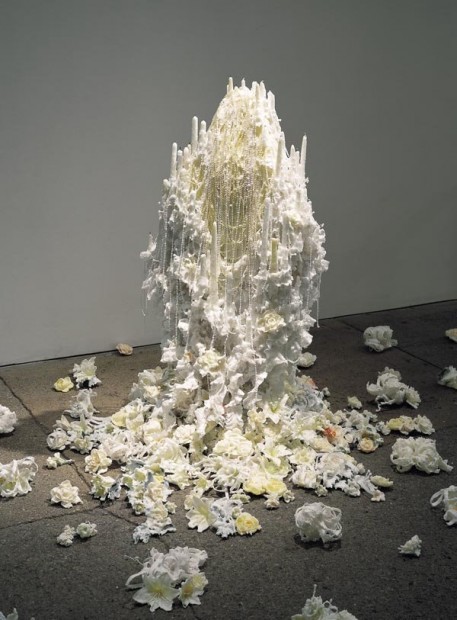 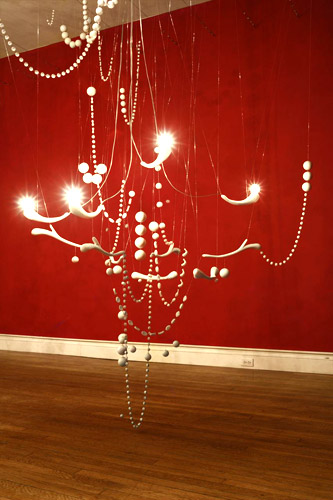 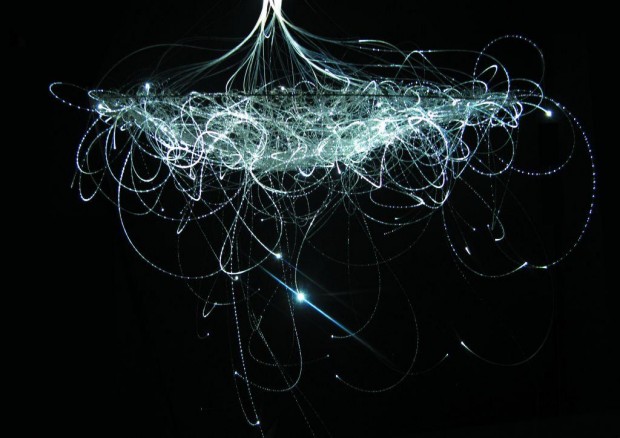 More from the design world Hans Van Bentem of Rock and Royal. 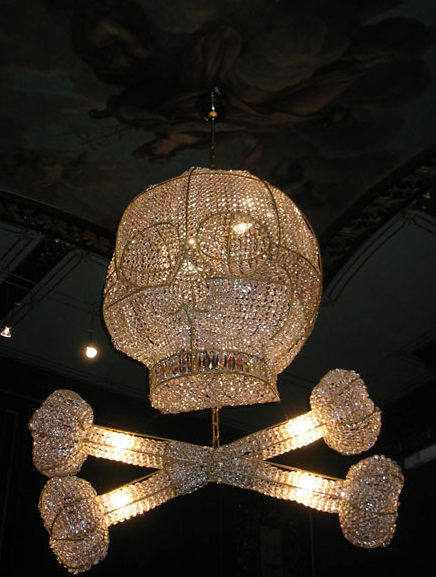 I’ll end with one of my favorites, Ron Arad’s crystal chandelier, Lolita.  A classic chandelier shape that consists of 2100 Swarovski crystals forming in an omni directional spiral. Each crystal has an embedded LED that acts as a pixel, enabling the crystals to display texts sent to it via mobile phone. It was part of MOMA’s retrospective on the Israeli born artist and architect. Ron Arad: No Discipline. 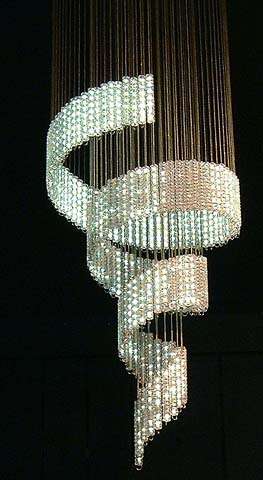 And here’s the chandelier in action:

Don’t forget Dallas’s own Kana Harada.
I have been a big fan since I first saw her work in 2005.

How about Jason Rhodes? He had some nice ones. http://www.laweekly.com/photoGallery/index/59277/1/

See an eight foot tall chandelier made with filigreed Clorox bottles strung on white tablecloths, plus a Houston Dynamo chandelier, both from Second Seating.

There is also Katrina Moorhead’s An island as it might be: http://www.terminartors.com/artworkprofile/Moorhead_Katrina-An_island_as_it_might_be

Yes, Jason Rhodes was part of my original mix. I accidentally left him out! Thanks Aaron.

I’m honored! What a great collection.