“Simpson Kalisher: The Alienated Photographer” at the MFAH

Isn’t it true that you start your life a sweet child, believing in everything under your father’s roof? Then comes the day of the Laodiceans, when you know you are wretched and miserable and poor …
Jack Kerouac, On the Road, Part 1, Ch. 13

On Thursday I went on a journey to the MFAH in search of something, I knew not what. My first stop along the way was Titian and the Golden Age of Venetian Painting (May 22 – August 14, 2011).  I’ve always like Titian. I like his figures, but I especially like his way of painting trees. I like the idea, although possibly apocryphal, that Titian was the first guy to popularize the use of stretched canvas. I even like the thought of artists like Van Dyck and Velasquez standing there, making copies of Titian’s work. Visiting this show would make it only the second or third time I have seen Tiziano Vecellio’s paintings in person and I thought to myself, “This is it, the story will write itself.” 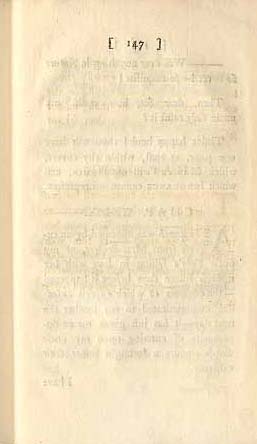 But as you can tell, it did not.

Although no less impressed by this kind of art than I have been in the past, I found myself feeling weirdly disconnected from the work. I’m not saying that Titian, Lotto and the like were not masterly artists, they were, and granted, I’d give anything to be able to paint or draw half as well, and if Venetian blue were a man, he’d be mine, and yes, there were some real showstoppers among the bunch (one example being Cariani’s Portrait of a Young Woman as Saint Agatha). It has been suggested to me that perhaps I wasn’t seeing the work in its best light and perhaps I would have thought differently had I seen the pieces displayed in their originally intended environs – i.e. churches, palazzos, or the Italian equivalent of a French hôtel, but no, therein did not lie the problem. 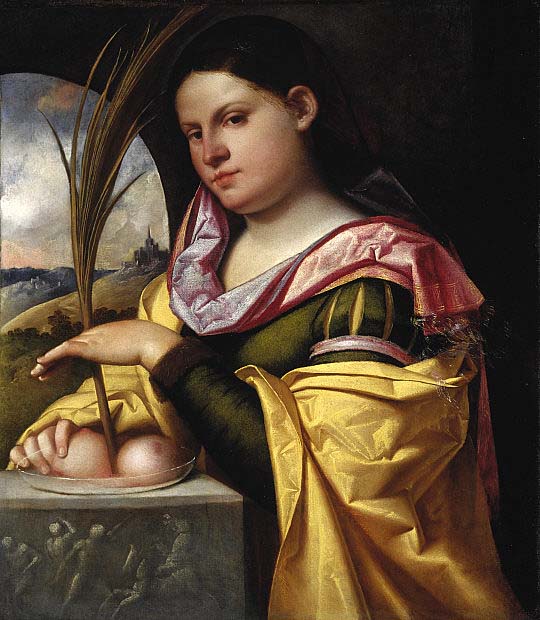 Cariani’s "Portrait of a Young Woman as Saint Agatha"

Truth be told, all I could think while looking at the paintings was, “These were intended for some lascivious nobles, and not for a fellaheen like me.”*

The next exhibit I begged for inspiration was Charles LeDray: workworkworkworkwork. Charles LeDray is the guy who makes smallish exact replicas of hats and clothes and ceramic pots, and then sometimes sets them up in installations, and sometimes carves things like doors and desks out of bone. To me, the most impressive works were the tiny carved bone pieces and the little miniature George Ohr-like ceramics. I heard from my friend Matthew that LeDray is a big guy, and to me it’s a kind of wizardry for a person with large hands to make things so meticulously small. I am only slightly taller than average, and I can barely dial a cellphone, much less whittle a cricket cage out of human bone. Not that I would want to. Plus, where does he get those bones? 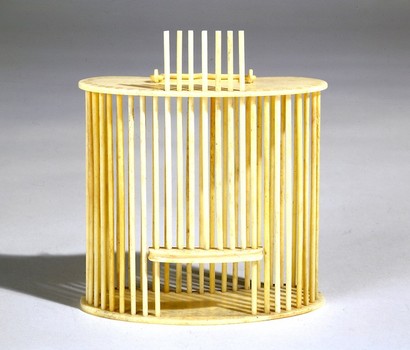 However, once again, I felt a kind of emptiness when looking at his work. I keep reading reviews on him that use terms like “exquisite” or “psychologically resonant” or “haunting,” and I don’t know, I just don’t see it. (O.K., I’ll concede that the cricket cage and the pots are pretty nice, but haunting? Give me a break.) Seriously, the clothes, and the little installations of street vendor rugs and resale shops with dusty ceilings weren’t anything I couldn’t see at an American Girl Store in need of a good maid service.

Maybe I would have been more impressed had I not grown up around a sister who sewed Renaissance gowns for her Barbie and a father who made a miniature replica of our Bellaire apartment, exact in every detail, from the upholstery on the couch to the little blue Piper Cub that hung over my parent’s bed. But since I did, I was not. 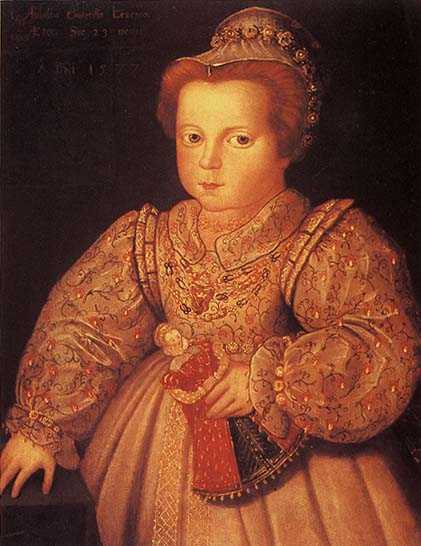 As I walked through workworkworkworkwork, I became all too aware that the activity I was participating in was the one where you look at ART. When I read a book, or watch a movie, or look at a small military uniform that professes to be art, I don’t want to be reminded that that is what I am doing. What I want to do is to become so enveloped in the experience that I feel I am a part of it, and by connecting with the artwork, I might just possibly gain a better understanding of what it means to be a human being.  This desire seems especially important to me, now more than ever.  For the past year, my sisters and I have been ensconced in a life stage that for many of us is inevitable – the reality of having two ill and aging parents. Ninety-five percent of the conversations and interactions I have with my parents seem to revolve around the elimination of bodily waste, which is a big part of the human condition, a subject I would very much want to better comprehend.

Which all leads me to how happy I was to travel down to the lower level of the Law building and see Simpson Kalisher: The Alienated Photographer (May 17 – September 18, 2011). In the presence of this show, I found that something, the “I know not what” that I had been looking for all along, for at last I felt fully engaged. 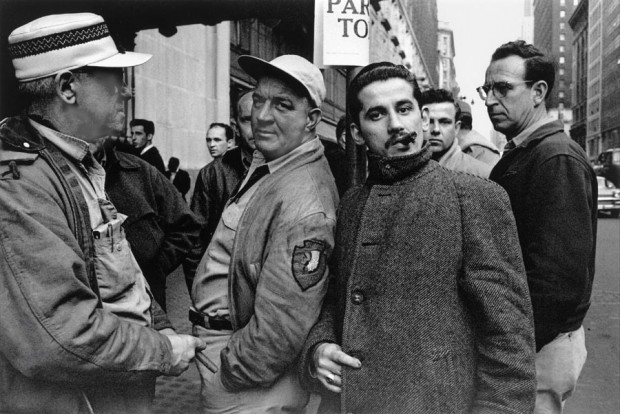 Simpson Kalisher (b. 1926) started out his career in the late 1940s as a photojournalist for magazines, but eventually quit because of how staged photographs had to be to fit the stories they accompanied.

I came to see the picture story as being no more than a soap opera: a young widow left with children to raise on her own (but do not include pictures of the boy friend); sailors on shore leave (for whom I had to get some girls to be their date to satisfy the story’s point); … I lost interest in photojournalism and became more comfortable with advertising where at least everyone knew the photographs did not represent the truth.

When not on assignment, Kalisher wandered the streets of New York and other East Coast cities taking thousands of pictures, in an attempt to better understand “my work, my medium, my world, and myself at one and the same time.” The exhibit features 59 of these photographs, taken between 1951-1971, and are derived from a collection of 100 donated to the Museum by Gloria Richards, a long time supporter of the artist’s work.

Standing in front of a Kalisher photograph, you don’t feel as though you are in a museum looking at a picture hanging on the wall, but instead experience the sensation of actually seeing what is in front of you in real time.

Here you stand outside of a church in Harlem, staring just a little too long at a group of parishioners who mingle outside, some in hats, almost all in coats, their faces tired and drawn— when suddenly your intrusive reverie is disrupted by the wham-bang sucker punch of Nehru-jacket-wearing little boy. In another instance, your inability to avert your gaze fills you full of shame, as you confront a one-armed Veteran of Foreign Wars, his empty right sleeve tucked into his belt, his left hand pinching a cigarette so tightly, you know he wishes it were your neck.

In this world you are an interloper—sometimes you confront hostile looks as you try to cut through an already too-densely-packed group of people on their way in and out of the circus, other times you’re veering out of the way of the lady trying to manage her squirming baby (which by the way closely resembled a tri-tip roast). A weary guy in a picket line glances over his shoulder at you in abject resignation. Then you walk a little further, only to find out the goddamn street’s flooded, and this is where you pass a guy, alone, straining to push his car. 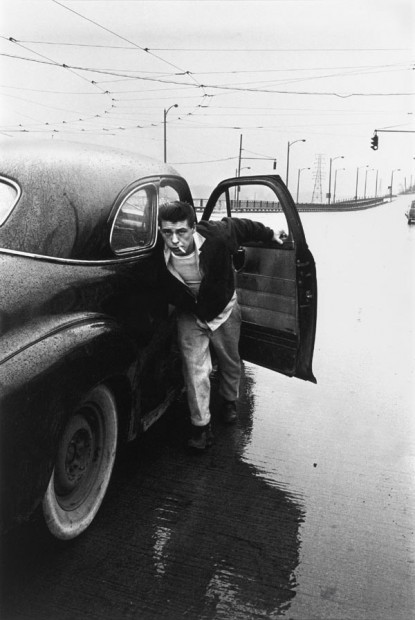 In Luc Sante’s introduction to Kalisher’s book “The Alienated Photographer,” he makes reference to what a lonely job the profession is—“the photographer’s eye is of necessity detached.” The photographer at times exposes what are sometimes “completely different or perhaps violently contrasting truth[s],” where he often reveals the contrast between how we are told to behave and how we really feel. Witness the group of sweaty, miserable kids riding around in slow circles in a fire truck on a car carousel (“Have fun, goddamn it!”) or the mom hauling the unwilling and clearly terrified boy into the Grants Department Store to get his portrait taken (“Smile, goddamn it!”) or the rather large guy who delicately holds the tiny remains of an ice cream cone between his thumb and forefinger as though he were not perusing the description of a M106A1 Armored S/P 107mm Heavy Mortar Carrier, but rather attending tea with the queen. Kalisher often tempers his use of violent contradictions with humor, but be forewarned it’s not of the rollicking kind, instead it’s infused with sadness.

I have a copy of Kalisher’s book “The Alienated Photographer,” which contains practically all of the photos from the show, plus a few more. Most of them have everything I would want in a photograph—a rich range of tones, great compositions, thought-provoking narratives and an emotional punch. The feelings of weariness, anger, resignation and suspicion expressed in the faces of Kalisher’s subjects are palatable—what they feel, you feel as well. And frankly my friend, when you travel through this life, empathy is preferable to nothingness, whether you are relating to another person or a piece of art.

BethSecor is an artist and a writer who hopes she is a lot nicer to people than her evil typing fingers are.

I really enjoyed this, thanks.