Glasstire Headline Contest: Are You Punny Enough to Win These Tickets? 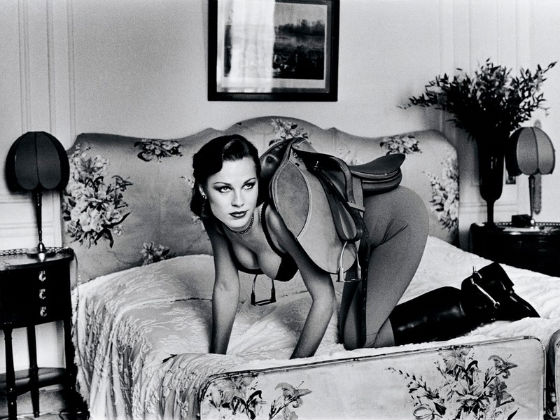 Here at Glasstire, we are all about visual art in Texas. But every once in a while we venture off of our own site to see what else is going on in the world. On such occasions we naturally turn to those esteemed pillars of journalistic integrity, namely, The Onion and The New York Post. Where else can one find headlines like “Educated Bigot That Much More Terrifying”, “Connecticut Man Visited by Being From Another Time Zone”, and “Disgusted Democrats Letting Weiner Shrivel”?

We just so happen to have several pairs of passes to the MFAH’s Titian and the Golden Age of Venetian Painting: Masterpieces from the National Galleries of Scotland (May 22 – August 14), and we’d like to give them to you in exchange for a great headline.

How this works: The press release below needs some serious spicing up — it is, after all, an exhibition of enormous pictures of naked ladies (see above). Come up with the wittiest, pun-iest headline you can think of and post in the comment section of this entry. Winners will be selected by Glasstire editorial staff on Friday, July 2, and contacted using the email address you provide when posting the comment. We will then 1) congratulate you on being the most clever art-lover in the Lone Star State, and 2) mail a pair of passes to the address of your choosing.

Houston—December 15, 2010—The first large-scale U.S. exhibition of Helmut Newton’s work premieres at the Museum of Fine Arts, Houston on July 3. Helmut Newton: White Women • Sleepless Nights • Big Nudes encompasses the entire contents of his first three groundbreaking books. Newton (1920-2004) survived Nazi Germany as a self-supporting, nomadic teenager to emerge a world-renowned photographer. He first cemented his international reputation as the supreme recorder of female identity with his early books White Women (1976), Sleepless Nights (1978), and Big Nudes (1982). 205 of the provocateur’s photographs from these publications will be displayed for the first time in their entirety at the MFAH, on view through September 25, 2011 in the Audrey Jones Beck Building. A complete set of the prints in the exhibition has been acquired by the MFAH.

Originally conceived by June Newton, the artist’s widow, Helmut Newton is organized by Manfred Heiting, an Amsterdam-based collector and friend of the Newtons, with Anne Tucker, the MFAH’s Gus and Lyndall Wortham Curator of Photography. “Helmut Newton’s images moved beyond the accepted standard of how females could be portrayed, and many women found their own sexuality empowered by his work,” said Tucker. “His distinct, risqué photographs present what were, arguably, the world’s most beautiful models in a range of personalities.”

Big Boobs and Insomnia on Display at MFAH

Black and White and Rode All Over

Too Flat to F*ck: Newton Nudes at MFAH

toss the newtons, grab your helmut and your figs and come on down to the big show… it’s sure to be a ball… serious dames, all nighters and the original paparazzi king himself… its times; good times ~ don’t miss out and forget your glasses… sun that is … greeeeen acres is the place to be, farm living is the life for me … darlin i love ya, but give me park avenue ~ really? can I just get another water bottle ~

At the crack of a whip, MFAH heats up the Houston summer…

talk about “cropping” a photo, come on down to the mfah and experience something positive from something “negative”, “picture” that!

A stable comment:
this horse walks in to a bar…..why the long face
have you seen my saddle?

and i thought this was a whorse house, welcome to the show!

These are FANTASTIC. Keep ’em coming!
Winners will be contacted tomorrow morning.