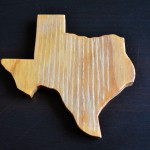 Who would’ve thought I’d ever be shilling for Texas, with a glass half-full at that? But having recently spent some time back in The Bayou City that’s exactly what I’m about to do.

Distance lends itself to a certain amount of objectivity. It also lets one stay out of the back-biting and other acts of cattiness that quickly become all consuming, especially in smaller art communities.  While I was an honorary Texan I worried a lot about the dangers of the states numerous art scenes being overly provincial. Regionalism was always the code word for ‘ignorant’ or ‘dull,’ and it was all too easy when disaffection set in to lob that word at the perceived source of frustration. To say there aren’t problems would be naive, but to dwell on them is just as unproductive. The grass is indeed greener here in New York, but that’s only because there’s not that much of it to begin with, and well, it rains at least once a week.

Let me just cut to the chase. Where art is concerned, stop worrying Texas.

The forecast emerging from the capital city has been gloomy as of late. Censorship, firings, and mergers coupled with a dwindling gallery scene has left Austin looking a little worse for the wear. Though where else might the art scene go to rack and ruin, presenting its players with a real chance to restructure? Could you imagine the New York scene dissolving and then rebuilding itself? Pfft. Certainly it’s a tall order, one that I hope Austin has the stomach for. At the risk of sounding like every pandering politician out there, it’s going to take some hard work, and even then there’s probably only a fifty-percent chance it pays off. Regardless of probability, that the chance even exists is grounds for some optimism amidst the mounting wreckage.

Potential like this abounds in Texas. Open a gallery, start a publication, give a lecture, or write some criticism and you’ll get support from more than your borough. Wrapped up with this is a real ability to undertake a risky project and have it payoff, probably more than is being taken advantage of. The Okay Mountains of NY are buried. They rarely receiving notice, unless of course their garage gallery becomes the next Leo Koenig Inc., while in Texas they can become success stories. Willingness to take advantage of the potential and finding the skills to stay afloat in the undersized philanthropic pool is the real trick, for both the established institutions and the up-and-comers.

While the scenes are small and have their drawbacks, that size can also be seen as a positive. Even Houston, the largest, is manageable, while remaining flexible and providing access that other cities can’t comprehend. I’ve always appreciated the inclusive nature of Texas’ art communities and the energy generated by their respective participants, this recent trip was no different. People still jockey for position, and for the fashionistas play-acting New York never goes out of style, but most Texas artists, collectors, dealers, and curators are friendly, accessible, and interested in doing good things if you’re willing to reach out. I wish I could say the same for my current place of residence.

I’ve never really figured out why Texans are seized by fits of ecstasy whenever The New York Times picks up on something from the state. The big city mythos is strong, but hell, they just discovered this crazy thing called a ‘taco,’ so I’m not sure why everyone pays them so much credence. Press is great, especially the national sort, but lets keep things in perspective. I hate to be a kill joy but an article in the Times one week doesn’t mean you’re buying a yacht the next. The truth is that while loath to admit it, New York can be just as provincial as the Lonestar State. They don’t pay attention to it, so sometimes we should return the favor; or at least recognize the states strengths, the least of which being our consciousness regarding regionalism. Does this mean everything art related in Texas perfect? Hardly, but Texas, rather than trying to be New York just be Texas, it’s your greatest asset, plus you’re pretty good at it.

[…] makes Texas look rosy now that he has relocated to the Big Apple. What Texas has going for it, Zimmerman writes on Glasstire, is accessibility, potential, and the ability to make a real mark on the state’s scene: Open a […]

I have sent a letter to Rick Perry pleading to revoke your “Honorary Texan Status.” My second letter will be to Bloomberg. To me this essay, if you would call it that is about how you feel personally. You moved to NYC then realized nobody gives a shit and now you are having doubts. So are you speaking for New Yorkers now?Trust me you are not a New Yorker after two or three years, and you damn sure aren’t a Texan! Please stop trying to shed light on the two cultures you know the least about.

He can compress the most words into the smallest idea of any man I know. — Abraham Lincoln .

This blog post is simply about my experience of both regions to this point, and the observations that come as a result of my move. Nowhere did I claim to speak for either Texans or New Yorkers. There are plenty of great things about New York. I’m not doubtful about the city; only excited about the potential I see in Texas, and for that matter, here.