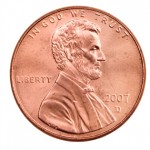 ‘Tis the season to hand out financial advice. There isn’t a rock in existence under which we could live and not hear about the dismal state of the economy, how to budget, or the slash and burn fever spreading like syphilis through arts, education, and entitlement programs.

Contemporary art is in an awkward position when it comes to greenbacks. On the one hand art needs to operate outside of the traditional systems to retain its criticality and power, while on the other it needs cash in order to make ideas a reality and put food on the table. Money clearly manipulates the most well-intentioned critique, and this uneasy relationship is on constant display, from fundraising to exhibition, right on down to public reception. When the result is perceived as offensive, or deemed artistically fraudulent, the rallying cry prototypically begins: ‘not with my tax dollars!’ Ironically our tax dollars are no where to be found in art museums, and are instead stuffed into the nose cones of six-hundred thousand dollar a pop Tomahawk missiles. Propping a painting of the virgin Mary up on elephant dung in accordance with your cultural beliefs is high treason, but vaporizing actual people and places with heavy weapons is fine and dandy.

Art is undeniably, in monetary terms, a luxury good. This calls for a brief anecdote. In the morning collector ‘A’ walks into a gallery. They haggle for ten-percent off of a fifteen-hundred dollar piece of art, claiming that art is too expensive and times are tough. Dealer agrees, selling something is better than not. After paying the artist their fifty-percent, our intrepid salesman makes six-hundred and fifty bucks, probably not enough to cover the rent, let alone the avalanche of other expenses accruing in the back room. Later in the day our collector moseys over to their local Mercedes dealer and happily slaps down thirty-four grand for a new C-class, beaming with pride over the precision of German engineering, and even paying extra for a sun roof. Did I miss something? The notion that art should be cheap, or, that a mass-produced Mercedes is worthy of its price tag, and a singular art object is not, demonstrates one of the many baffling issues surrounding the valuation of art, and the low regard in which most people hold it. Arts worth is based on more than its commodity value within the market, though convincing people of that, even those who fancy themselves patrons of the arts, is a task for a far smarter man than I.

While laden with misgivings, the art market and it’s resulting cash-flow enables possibilities. All those ten-percent discounts eventually add up. Galleries support artists and allow us to see work, for free. No galleries equal fewer possible exhibition opportunities for artists, let alone bank deposits; fewer opportunities for artists and the less art you see in the world, should I continue? Good public art programs and institutions fund ambitious projects that would normally never make it past the napkin, while publications provide space for critique, discussion, and the airing of opinions. None of these things get to exist without financial support and many have been withering without it. Art Lies anyone? We can lament our convoluted economic system all we want, but it won’t change the reality that cash is king.

Monarchies however, are overrated. Artists and arts organizations shouldn’t enslave ourselves to them, and instead need the ability to stomach unbalanced books, non-existent profit margins, and weekly forays between the couch cushions for spare change. We are not capitalist archetypes and shouldn’t strive to be. Reconciliation between the idealism laying at the core of art, and its less than glamorous financial dependencies, is an unavoidable reality in which we should err on the side of idealism. This is not to say we should dispense with being practical and responsible, only that it should be applied in context. In exchange for foregoing capitalism’s doctoral regalia the arts are granted doses of unfettered freedom, open conversation, and the potential for criticality atypical to the majority of culture. Preserving these ideas, in whatever form, and on any scale, is what good artists and arts organizations should prioritize. Weak constitutions need not apply.

A New Survey for Houston Artists