by Rainey Knudson May 15, 2011
FacebookTwitterEmail

Two striking artworks are now on view in San Antonio. That they are both sculptures by women depicting a frozen moment of enraged feminine violence is, I think, a coincidence.

Gabrielle Dumontet’s Medusa wall sconce, sculpted in 1906, is odd in many ways. First off, good luck finding information on the artist (even the French Wikipedia makes virtually no mention of Dumontet). It’s also a very early example of a bronze which incorporates electric light, in this case, tiny lightbulbs in the mouths of the snakes on Medusa’s head. The lightbulbs appear to have been painstakingly created to mimic early versions, with clear glass and little ropy filaments. It’s a dynamite piece. 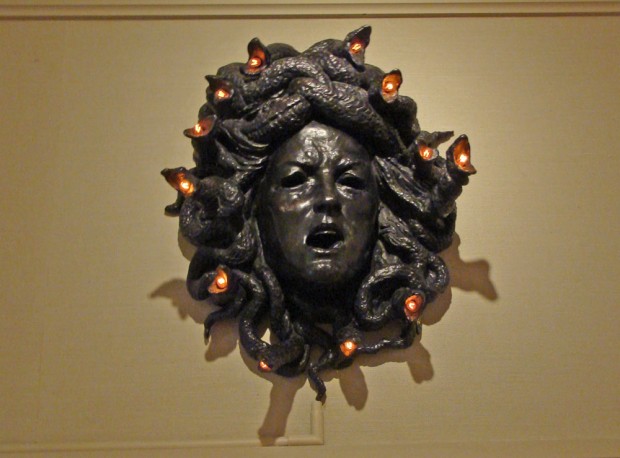 Also odd is the fact that the McNay Art Museum acquired it to some minor fanfare in 2006, but has it installed incongruously, high above a doorway, in a spot you’ll miss entirely if you pass through the gallery in the wrong direction. Situated in the middle of a wall, this lady would dominate the room. 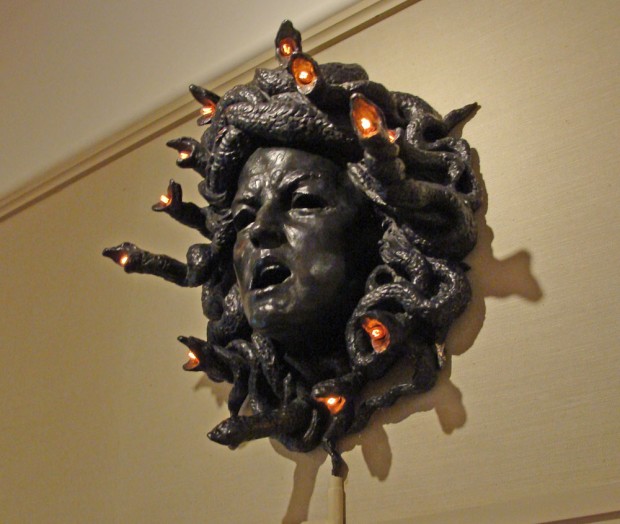 Down the way at Artpace, “national” resident E.V. Day has created a remarkable installation involving casts from female saber-toothed tigers found in the La Brea tar pits in Los Angeles. 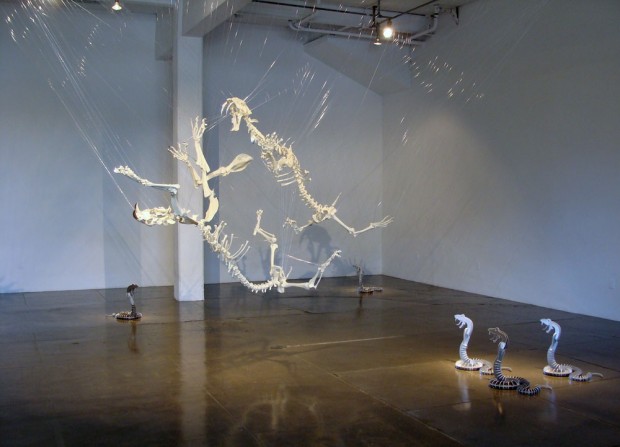 Day used more fishing line than strictly necessary to suspend the skeletons, resulting in a dense gleaming sunburst effect that explodes away from the figures themselves, like in a comic strip (or, say, around religious icons). 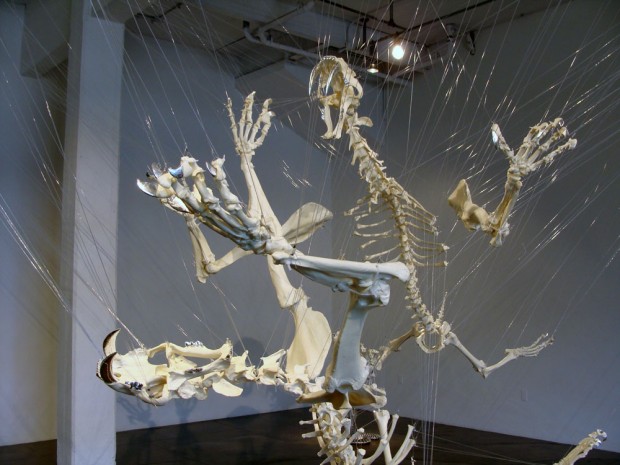 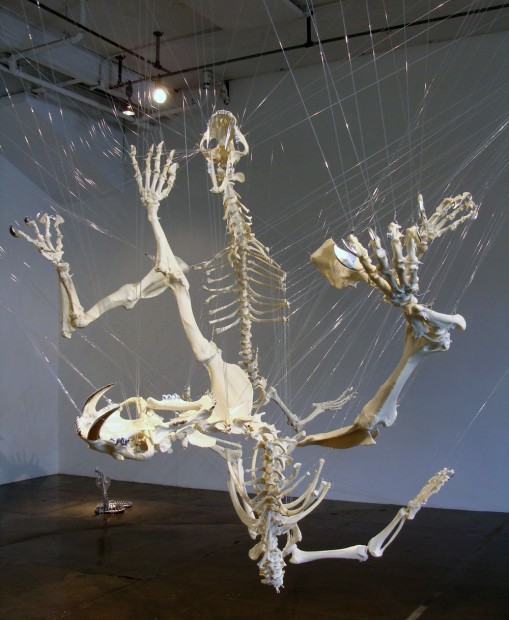 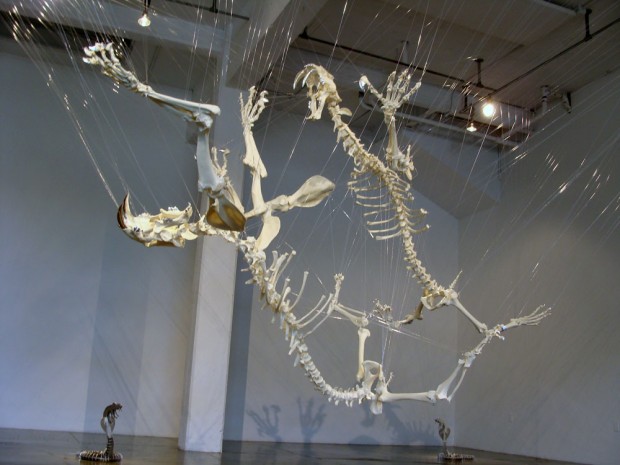 The dense, spider web-like network of filaments, the sexualized pose of the attack, the silvered fangs and claws (a nod to the types of things modern women compete over?) all make for heady viewing. The two fighting cats have an audience of cobras, which have the look of a kit you buy in a science museum: 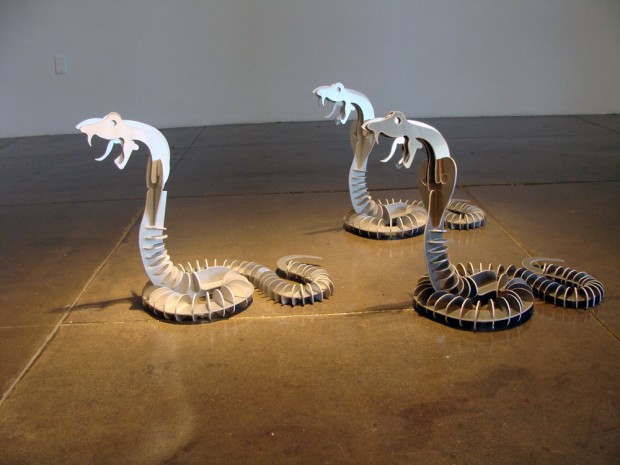 They’re erectly enjoying the show, maybe hoping to get a taste of the loser. But in the case of CatFight, you don’t get the sense that it was the serpents who made the girls do it.

The skeletons of the saber tooths are awesome!

[…] Rainey Knudson of Glasstire made a visit to Artpace last Friday. Check out her write up on E.V. Day’s (IAIR 11.1) CatFight installation here. […]