by Eric Zimmerman May 9, 2011
FacebookTwitterEmail 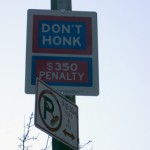 ‘So, what do you do?’ Gulp, do I say artist, professor, writer, lawyer? One of these things is not like the other.

Faced with this inevitable question I typically squirm. There are far worse things to say than ‘artist,’ but I’ve been conditioned by years of lackluster responses and the ineludible follow-up, ‘so, what do you do for money?’ Who wants to have that conversation? The political strategy would be to not accept the premise of the question. Usually I just joke, ‘pharmaceutical trials,’ and than follow it up with, ‘oh, I teach.’ The road from there is paved with either gold or good intentions.

Sheepishness aside, I’m glad I went to art school, and am content, often happy, with wearing the ‘artist’ moniker. For all of its misgivings the art world is not a bad place to be in, nor is spending ones life making work. When I started art school I was received by the 2% rule. It’s basic tenant was that 2% of our class of 150 would still be making work and exhibiting after graduation. It saturated paying tuition with a palpable irony. Graduate school was cynically exuberant in reminding me of the same stat. So far, in the war of attrition, I’m doing okay. Does this mean I would recommend art school to others? I’m no Dear Abby, and I’m reluctant to offer that sort of generalized advice. Art school followed by an MFA worked out for me, though I never went into it with any delusions of grandeur, or the expectation that a degree would grant me entrée to art world fame and glory. That little piece of paper lodged under my bed in a dusty tube doesn’t do the work.

That doesn’t simplify much, nor does it make answering career-oriented questions any easier. The right thing to do would be to answer confidently; clearly articulating what makes being an artist a perfectly legitimate and productive endeavor. Though, is that really right? What’s valuable about art and its production is that it’s not about billable hours and profitability as a basis for a project. Typical notions of productivity, time, and valuation don’t have to apply to art. To answer the question with the professionalized elevator pitch assumes art is less, and that it needs to fit the accepted model in order to be understood and valued. It ignores difference and openness, two of art’s greatest assets, for a brief moment of respite and the avoidance of controversy. While education is certainly the first step toward eroding stereotypes, is it really enough to overcome societal values that aren’t really interested in unquantifiable, non auto-tuned cultural actions, and should artists really care?

This is not me advocating snobbery, but it’s not arts job to always be a good ambassador. We shouldn’t apologize for what truly gives art its power for the sake of appearing ‘legitimate’ in the eyes of interlocutors. Artists shouldn’t feel guilty for falsely being perceived as being ‘unproductive’ by those enraptured by the commonplace notions of what productivity is, nor should they pander to popular social mores that dictate the way art should look and how artists should live their lives. Easier said than done, but its always the first word that’s the hardest.