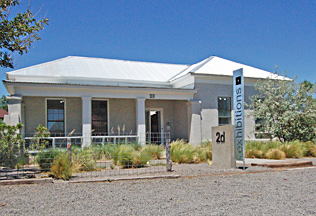 A humble home: view of Exhibitions 2D from the street.

Marfa is a town overflowing with renovated spaces. Gas stations have become restaurants, textile buildings are now theaters, and even the Chinati Foundation’s campus was once an active military base. Exhibitions 2D falls in line with this theme as a house-turned-exhibition space and Dennis Dickinson, the friendly proprietor, is more than happy to show you around. Dennis got his start as a self-proclaimed “starving collector” in Los Angeles for years before making the move to Marfa around 2003. His gallery (and home) showcases nine American artists and focuses on “reductive and minimal drawing and sculpture.” Each room also houses a carefully curated selection of designer furniture, which affords viewers comfortable vantage points as well as the freedom to reflect on the artworks around them. Exhibitions 2D blends high art and functional design in a welcoming home environment while still maintaining a white-cube aesthetic. 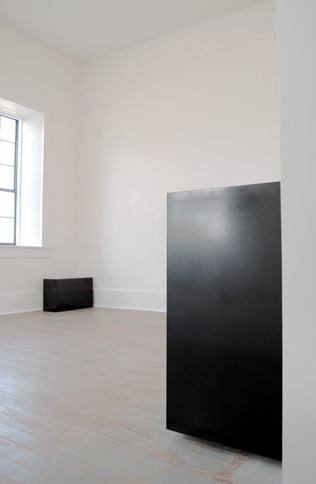 Having driven past Exhibitions 2D many times on my way to Chinati, I felt compelled to check it out after a visitor told me he had seen some of Susan York’s work on display. I have been a fan of York’s work ever since I saw an image of her luminescent cast-graphite sculptures years ago, but never had the chance to see them in person. Who knew there would be so many of them out here in the middle of the desert? Walking into the quaint one story home I wasn’t sure what to expect, but there they were: about five of York’s solid graphite sculptures playfully arranged along the walls of what might have been a former dining room. 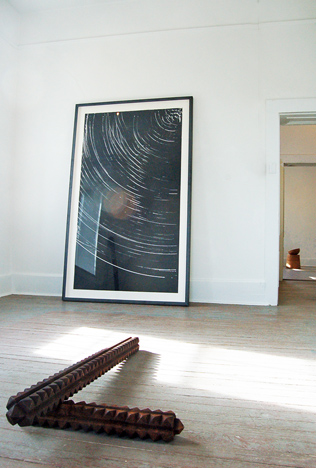 Soon I had met Dennis and he told me more about her work as well as the other artists on display. Moving into the next gallery, probably a former library or study with a now walled over fireplace, Dennis showed me the work of John Robert Craft. Craft’s cast-iron sculptures first call to mind medieval weaponry. Small floor pieces look like they could have fallen off the chains of ancient maces; however their humble presentation and not-quite-perfect forms keep the works from being threatening. These pieces also take on a second life as drawing implements. Next to several of the longer sculptures are large black and white prints. Dennis explained to me how Craft ties rope around his sculptures and then drags them across sheets of plywood to make woodblock prints. Seeing the two pieces together is to see a symbiotic relationship between a drawn line and a sculpted one, between a three-dimensional form and it’s two-dimensional counterpart. 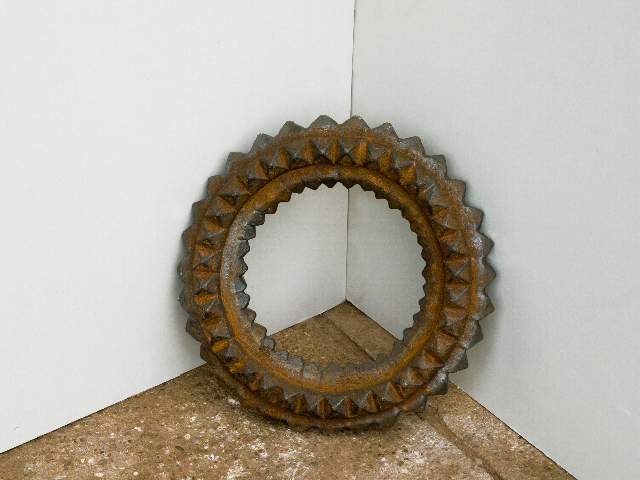 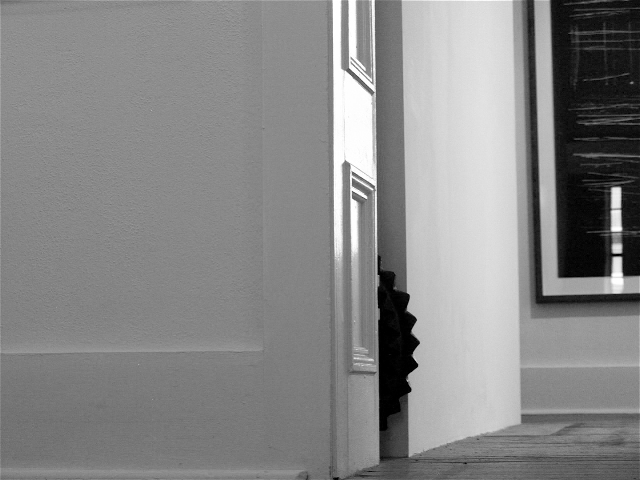 While all of the works in the gallery are carefully arranged, some are much more playful than others. Peaking out from between two walls is a ring-like sculpture by Craft that appears to have rolled itself into the easily overlooked nook of one gallery. In a similar fashion, one of York’s rectilinear wall pieces has clung to the narrow doorframe rather than the traditionally spacious white walls. 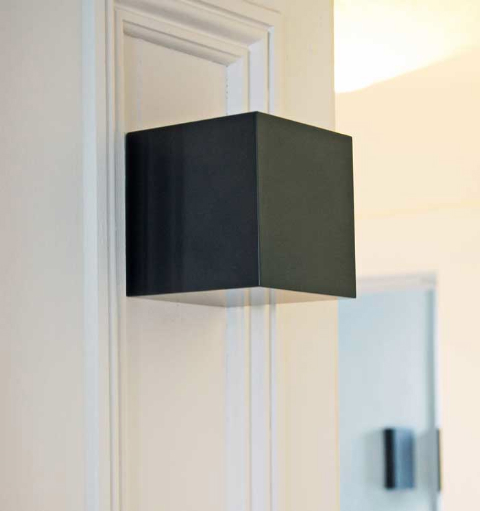 Perhaps the most ironic of all is the work of Jonathan Dankenbring. His small sleek sculptures are strew about Exhibitions 2D at first appearing to be nothing more than really nice paperweights. A closer look reveals that they are actually carefully made (and proportionally accurate) replicas of contemporary and outdated technology. Resting on a Le Corbusier armchair is what looks like a rounded piece of aluminum with a hole in it, but is actually a replica iPod. On another shelf is a chunky block of bronze with a polished mid-section; this time it’s a Sony Walkman that the artist has spoofed. Dankenbring’s ironic sculptures are a pleasant surprise, which bring a much needed comic relief to the typical seriousness of minimal art. 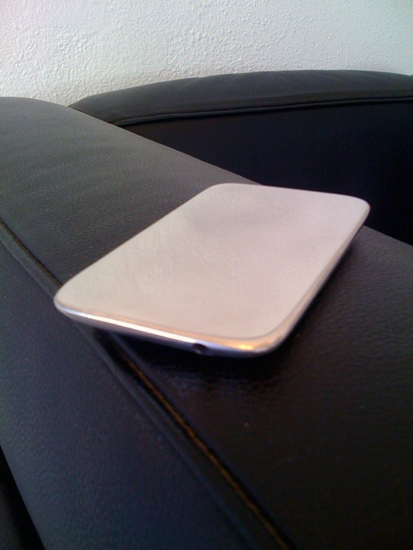 Dankenbring's "Pod" from 2008 is made of solid cast aluminum. Image courtesy Exhibitions 2D.

What about that name you ask? The ‘2D’ comes from owner’s initials. The ‘exhibitions’ part was a way to avoid the overused title of ‘gallery’ or ‘gallerie.’ Besides, Exhibitions 2D isn’t just a gallery; it’s a place to actually stop, relax and reflect on some contemporary artists dealing with the minimalist trends that this town has come to be known for. The added bonus of having an informative and approachable owner like Dennis Dickenson available to chat makes Exhibitions 2D a worthwhile stop next time you’re in Marfa.

What a wonderfully written article. I had no idea what to expect of this little house/gallery and now I know I can relax in a non-intimidating environment and meet someone who may help me to understand minimalism. Marfans bandy this term about but I am not one who understands it. Your article has helped!

Dennis, Welcome to Texas. We are doing well in the Austin area. What is your phone number. I have been trying to find you in New Mexico. Congratulations on your new studio…it looks great. Take care, be well…Stephen Redmon