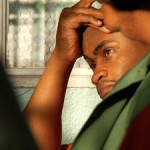 Director Tim Skousen has just released his documentary “Zero Percent” at the Dallas Film Festival. It spotlights a higher education program within the maximum security prison Sing Sing called Hudson Link. It’s graduates boast a zero percent recidivism rate, meaning that upon being released, none have returned to jail. The film focuses on a small group of inmates currently within the program and the footage is both heartbreaking and uplifting.

Many of these inmates committed murder when they were juveniles. Rather than career criminals, most of these individuals made a bad choice at a young age within a very difficult situation, often borderline self defense. They are now serving 15, 20, 25 years. To be reminded of oneself while listening to these prisoners express their feelings about regret, adversity and hope is an emotional surprise that packs quite punch. The film stays away from overt political recommendations (which is nice). Instead, it tries to focus on the stories of these particular people; and many of the people leading the program were previously inmates and now role models and true heros.

The film first highlights the prison problem we have in America and the usefulness of educating people that need to re-enter society at some point. Through the course of film, you get to know a few prisoners (now adults) and have the privilege of listening to them within the classroom. Whether they are quoting Langston Hughes or discussing Plato’s Cave, their thoughts are intensely personal and therefore expressed in a truly original way … a teacher’s dream. Here is one poem that was particularly liked by the inmates:

What happens to a dream deferred?

Or does it explode?

A Dream Deferred, by Langston Hughes

I hope this film can be shown within the prison system (to prisoners) eventually. Further, I think it would be smart for prisons to help filmmakers by providing greater access. We have a problem and it cannot get solved without exposure and discussion.

From a purely film-critic point of view, there are some critical comments which I agree with here. The film does not really make a “case” by showing the prisoners before and after their education, nor look at other similar systems around the country. But for me, that was not the point.

This was a small production that barely got any access to the prison. Simply getting to look into this world was a treat and changed the way I view these people and my own problems.

Witnessing the best parts of humanity within a convicted killer is a surprising experience; seeing yourself in that person is devastating.