Houston has often been fertile ground for some off-the-grid artist projects. This year we’ve seen a slew of artists using Houston as their playground to develop new projects, organizations and infrastructures. Some are short lived. Some have given birth to other projects. Some are private. All are artist-led. 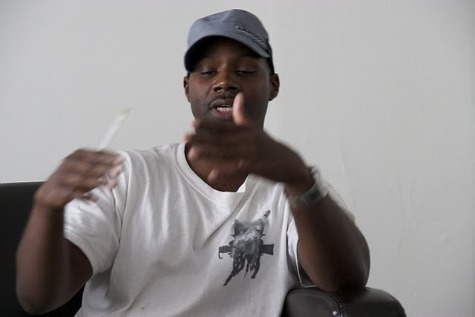 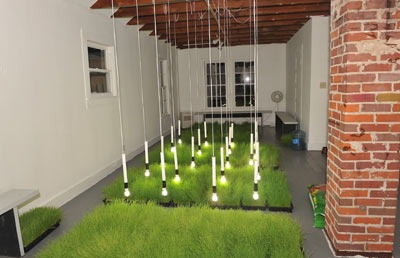 2. The GreenHouse Collective, also in the Third Ward, was initially conceived by artist Elia Arce as part of the 2009 Project Row Houses (PRH) Round 30 Artist Installations. The installation, titled Light Green/Dark Green, transformed the row house into a gardening laboratory, growing and producing wheatgrass and other greens and exploring alternative gardening methods. The installation sparked interest about PRH residents, artists and community members which led to the formation of The GreenHouse Collective. Currently based at Project Row Houses in one of the shotgun houses, this small collective of artists (Aisen Caro Chacin, Rebecca Novak, Malcolm Smith, and Sasha Dela) has designed and created a community garden that encompasses alternative gardening practices and has also led workshops for community members and PRH residents on gardening methods and green art projects. 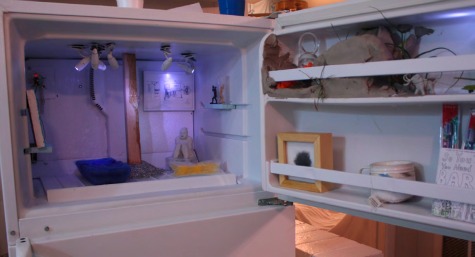 3. Probably one of the smallest art spaces to debut this year was N Gallery (The “N” is pronounced nnn). Developed by Aisen Caro Chacin, N Gallery was a 3.8-cubic-foot exhibition space in the freezer of her refrigerator in her Montrose apartment. The space was conceived “to provide artists with a colder and smaller venue for experimental exhibition.”

4. When Chacin moved from her apartment, the project evolved to a satellite space, The Kenmore. Located at Box 13 Artspace and run by Emily Sloan, The Kenmore is a mini-fridge, measuring approximately 36" x 24"x 24”. Sloan has put her own stamp on the freezer space, featuring art not only inside but also outside of this white cube, framing it as a piece of sculpture.

5. Sloan has also developed Salon des Refusés at Gallery 1724, an exhibition of artworks rejected from Lawndale Art Center’s The Big Show, which opened the same night. She’s also presented some interesting public projects this year at venues such as El Rincon Social, Box 13, labotanica and Gallery 1724. Visit her blog for more on these projects. 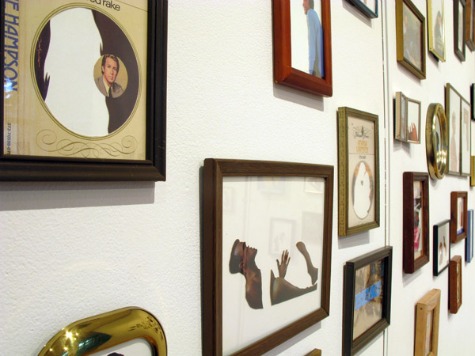 6. A more conventional white cubed space that has recently surfaced is Philomena Gabriel (PG) Contemporary. Started by artist, curator and gallerist Zoya Tommy in 2009 as a series of mobile, curatorial projects in art spaces, living rooms and businesses, in 2010 PG Contemporary planted its roots in its current Midtown location. Exhibitions are far-ranging in themes, exploring male sexuality in Adam4Adam & Other Boyfriends, experimental uses of text in Outloud: A Word Based Exhibition and materiality in Material & deStructure. Tommy seems equally interested in presenting the work of well known, established artists and emerging artists, often side-by-side. 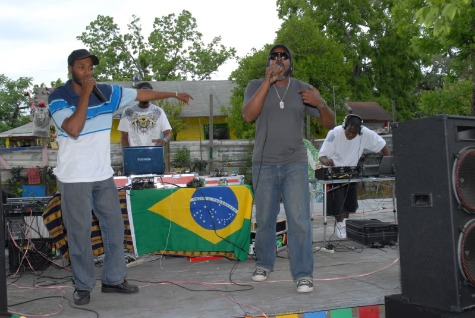 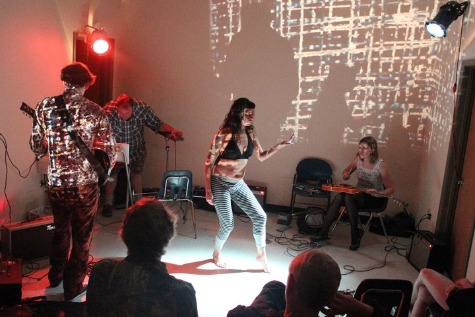 8. Artists are presenting music and sound in unconventional spaces, as seen in the “Binarium Sound Series,” organized by video artist and electronic musician Jonathan Jindra. This weekly series, which takes place at a storefront at 2808 Milam (outside of Khon’s), showcases noise, electronic music and free jazz sometimes juxtaposed with video art every Sunday at 8 p.m. for $5 entrance. Jindra took the reigns from Lance Higdon, who presented “Resonant Interval” at the same venue for nearly six months after David Dove’s “They, Who Sound” series ended its summer performances. “They, Who Sound” continues to spontaneously present some of the best in experimental sound, improvised music, free jazz, underground noise, electro-acoustic performance, psychedelia, improvised dance and musique brut.

9. This year also saw the creation of an all-female band of about nine visual artists, musicians and dancers who perform with music instruments like guitars, percussion and vocals as well as visual elements such as flashlights and laser beams. Loosely known as “Girl Band,” the band’s name changes with each performance to be a different fruit flavor. As of this moment, the band is “Pear Prickley Pear” (formerly “Pawpaw Pomelo Blue Raspberry Sour Apple,” formerly “Starfruit Dragonfruit,” formerly “Lemon Lime,” formerly “Strawberry Watermelon,” formerly “Girl Band”). Currently on hiatus, a reunion is set for Fall 2011. 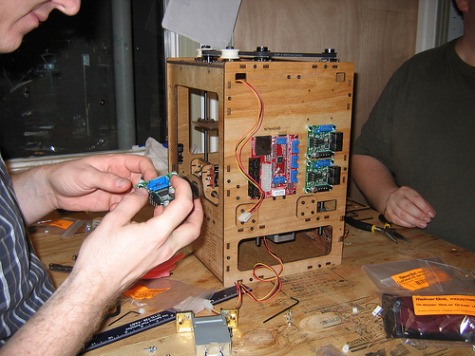 Tx/Rx labs aka The Houston Hackerspace

10. A hackerspace emerged in Houston this year. Tx/Rx Labs, which was originally based at Caroline Collective and is currently on Commerce Street, is a group of technology and craft enthusiasts. The group shares food, tools and knowledge and conducts workshops on various tech interests. Open House is each Friday at 8 p.m..

Ayanna Jolivet Mccloud is an artist and writer. She has participated in exhibitions and residencies throughout the U.S., Caribbean and South America. She is currently based in Houston, Texas where she runs labotanica.