Fell asleep last night thinking how I had the Lone Ranger flashlight with me and didn’t think to use it. As if it were a different sort of object, than say, the case for my shades, in the truck with it. It’s value as “art” has somehow rendered it out of mind as a light. I’m happy to have so much of the day ahead as I drive back to Wortham. Seems I can easily do what I’m doing there, check out Ft. Parker, then take the big road toward Ft. Worth and Wichita Falls, before arriving in Slaton, just outside Lubbock, for a Ten O’clock screening of Texas Lady. My friend Donny lives in Fort Worth and is a bar-b-q aficianado. So I’m going to drop by and give him the bottle of sause.

It’s windy, a little cold, but the graveyard, just north of Wortham, is easy to find and I spend a long time there. The grave is swept by the stiff breeze. The importance of Blind Lemon Jefferson’s legacy is noted on a plaque that was dedicated in 1967, but the headstone that is there now didn’t appear until thirty years later. As recently as the late fifties the grave was unmarked.

Later on, in town, I try to find the BLJ Community Center, which I believe came into existence in the late nineties. I drive the few streets of downtown, then ask questions at the post office and a liquor store. Finally, I get the answer at the police station. It’s right next door, they tell me. There is no sign, but next to the door is a broom, so I take that as a encouragement and open the outer door so I can knock on one of the two inner doors that meet at a right angle inside. A good looking, casually dressed man who appears to be chillin’ answers the door, but to my question looks off and says, It ain’t a building no more.

When I was at the grave I took the hat out of the green box and looked at it awhile. It does not sport a high crown or have a silk-bound rolled brim, like those popular in early 20th Century blues culture, but it is a vintage felt Stetson. I wrote one kind favor on the inner band and with the hat inside weighed the box down with a stone. There are things of the same sort left by others: a few guitar picks and a cigar in a spout-less coffee pot and a harmonica with faded painted letters: for BLJ. I flip it over to read: not for you. Before I leave I light a palo santo, using the interior of the coffee pot as a shield from the wind that still blows hard. The smoke swirls. The sun has already gotten so high and somehow highlights the pennies that are scattered all around the marker.

Down the road am I, back to Mexia. Only when I realized its proximity to Wortham did I consider the notion that I should see the fort where Cynthia Ann Parker was captured. I know it’s close to Mexia or maybe Groesbeck. Not hard to find. Inside the fort I do get a safe feeling. The fences look to be at least fourteen feet high. But there is an edge of menace, as if there is something false about it. It’s that eerie feeling like being watched. But the only watcher here is me. I check the whole fort out pretty closely, looking for the opening that Cynthia Ann attempted an escape through. Don’t find it, but the Spring Door looks promising. I end up at spring, and lay down on the grass under a tall elm tree that sways mightily in the wind. 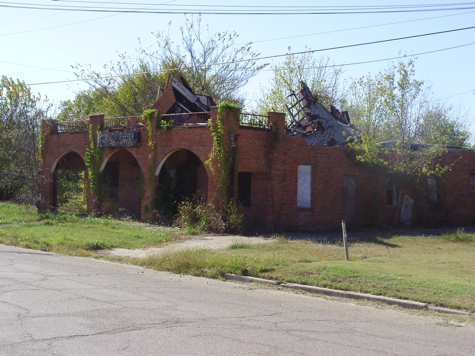 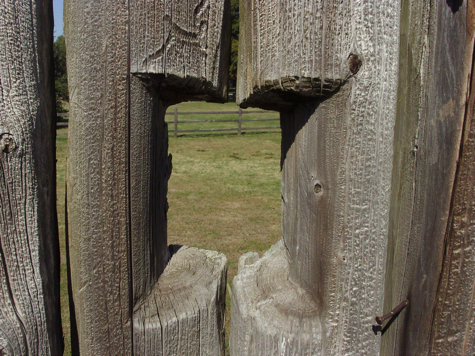 How the hell is it one o’clock already? It’s time to book. I aim the truck at Ft. Worth, but have to just wave at Donny as I pass through, hitting the Jacksboro highway at 4:20. Through here I learn that Wise and Jack Counties are separated by a line that you can’t even see. At Jacksboro I swing west. I don’t even wave at Wichita Falls. So falls Wichita. 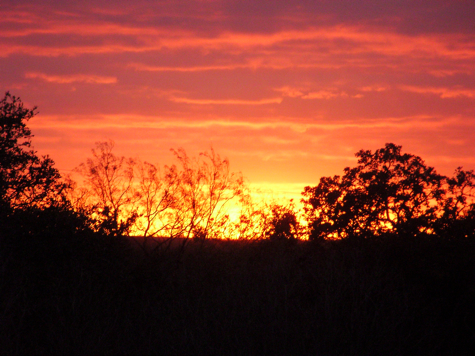 At this point I just to have to cut through the dark all the way to Slaton to catch that screening, which I do, right on time, but I can’t tell that I’m going to make it until I see the sign that says Post 68 miles. It’s a long drive, dark as the inside of a cow, as Mark Twain says. No light to read the map to check the distance and the truck is being blown sideways, but once I realize I’m going to make it, the tunnel vision widens out and the wind dies down too. When I pull up in Slaton to park, there is a tumbleweed in the space. When I get upstairs I learn that two blew in that afternoon and that Jeff had earlier on brought the other one inside. It sits in the room with us and the movie.

Texas Lady ain’t much to write home about. It offers a story of the fenceless free range and the Owner Barons who resisted the forces of change that were sweeping the pasture in the wake of the Texas Lady, played by Claudia Colbert. It’s a familiar story in movies, the range wars and the years after them. But it ain’t the what, it’s the how and this stinker doesn’t know how to know that. The stilted dialogue is entertaining stuff like this: As you Texans say, we aim to try. But it does sport one really good line: Well dog my hide. 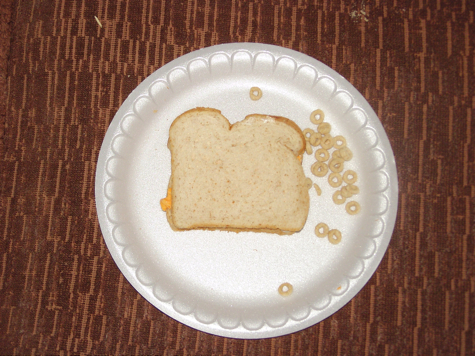 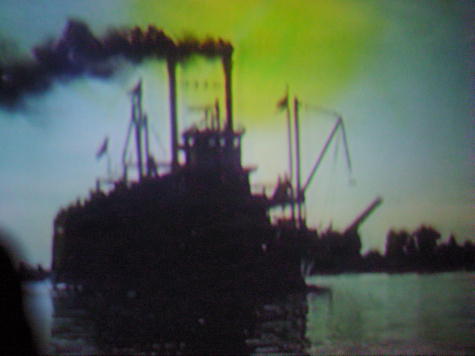 An interesting feature of the film is the yellow spot that accompanies every scene. It was puzzling until I read on the box that it was the John Baldessari Edition. At one point during the show Jeff tells me about his former teacher from Ellensburg, Washington, Bill Dunning, who was fascinated with the notion of West Texas wind and asked Jeff how he would draw it. A couple years later it hit Jeff that an image of tumbleweeds blown up against a fence would convey wind. He never did the painting. After the movie I attach Hoffmann’s Texas Lady poster to the wall where a clipping from the Beetzendorf – Diesdorf has fallen down. The headline that goes with the photo is Wo Sind Die Zaune — where are the fences? You can see an image of the Karl May character Old Shatterhand in the photo. 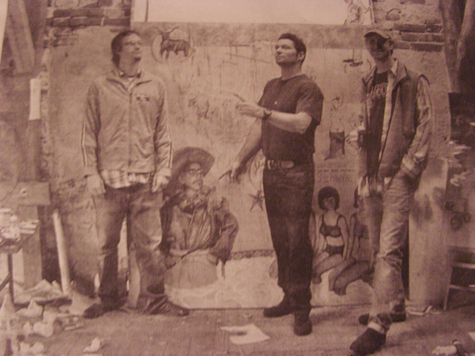 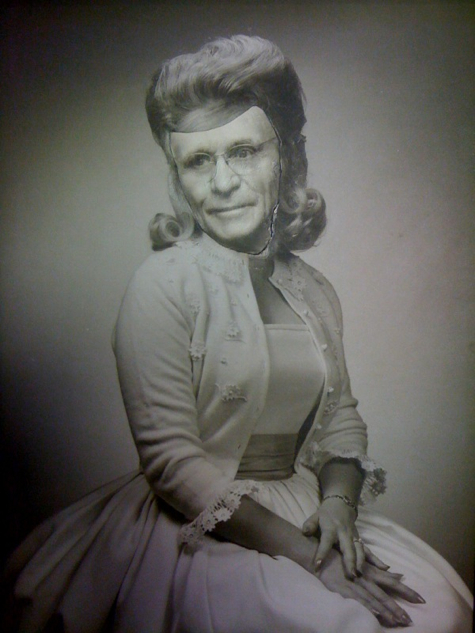 Jeff made this combined photo piece in a camper

Soon, I think, before I leave the panhandle, I must release the tumbleweed.