The lucky key continued to influence my time yesterday as I wound down from writing. I turned on the TV about one am and found John Ford’s silent film, The Iron Horse playing. This movie is about the building of the transcontinental railroad — surely one of the most emblematic expressions of Manifest Destiny. I fall asleep pondering the way travelers explore the coming terrain; the way we, in spite of ourselves, tend to manifest that inner landscape in every place we go. Some have made some really great art exploring the way we splatter our personal histories all over the map.  With this kind of stuff its important to find some sentiment of connection, a viewpoint of we, rather than the duplistic us / them. 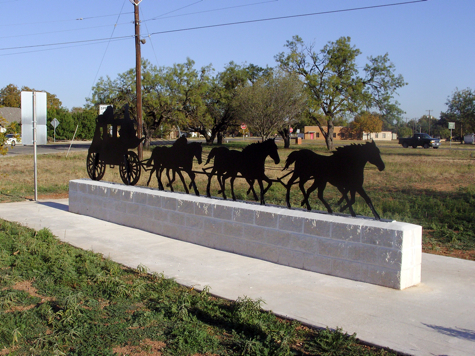 This morning, a Tuesday, I’m out the door again. The Reverse Hoffmann Route won’t take me up any mountains today. I’m heading toward Abilene through country I’ve driven a lot. Once out southwest of here in a tiny town called Maryneal I stopped into a little Mom and Pop store to get something or other and noticed a wanted poster for Patty Hearst. She’d been seen in the area in a Ford Mustang, blue or yellow I think. It featured the Tanya photo. Around the same time I saw along these same roads the most gorgeous ice storm I’ve ever witnessed. But today, I’m driving 277 toward Abilene. I pass through Tennyson, named for the British poet, a fact nonchalantly noted with no back story on a Historical Marker; cross Kickapoo Creek and the Colorado before arriving in Bronte; and further on I get to Abilene where I change my oil. I have to decline the free carwash. Don’t want to get the tumbleweed wet, I tell the attendant. 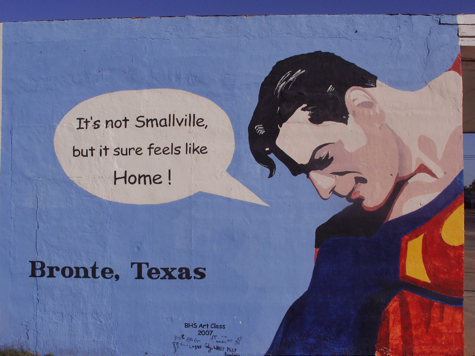 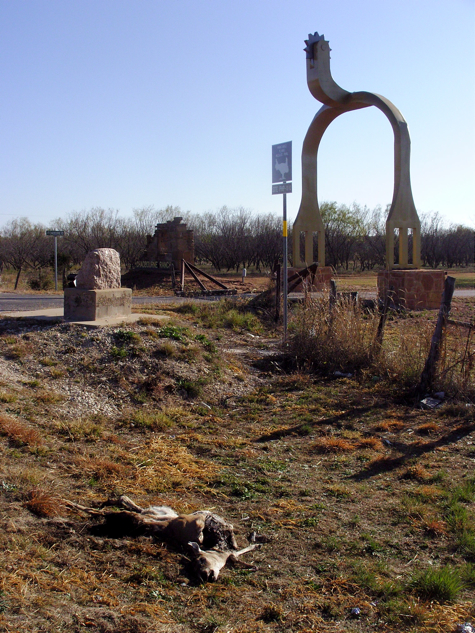 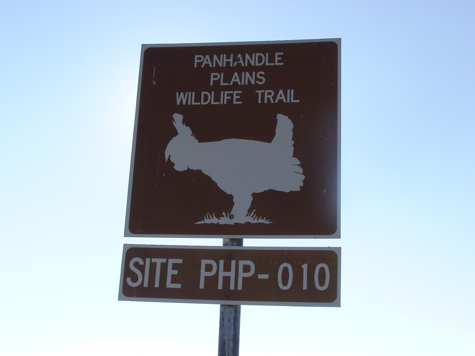 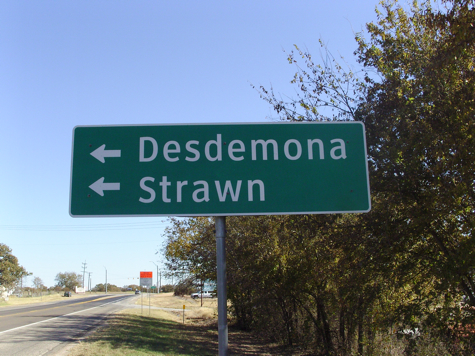 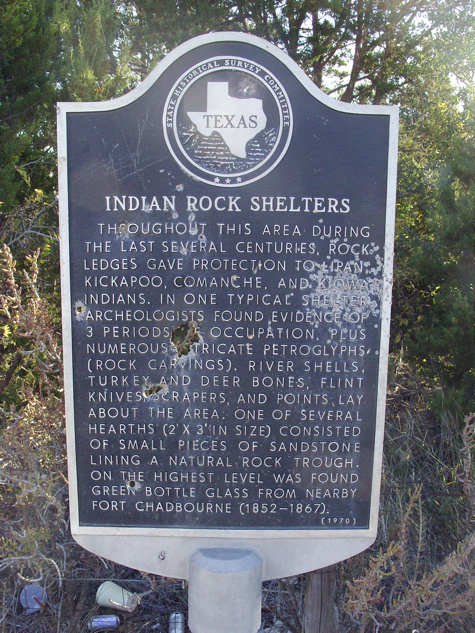 Out of Abilene I head east. This is where my mind is. I have the vintage green hatbox that houses Ken’s Stetson and the Dr. Pepper on the seat beside me. I’m listening to Geoff Muldaur, Lightnin’ Hopkins and Blind Lemon Jefferson. I’m saving the cream cakes for another lonesome road to match the one where Hoffmann found them — a road I’m figuring will be in eastern New Mexico. (There’s that inner map again.) I’m driving on the interstate until Eastland, then dropping off to the southeast toward Dublin, where they bottle the real sugar cane Dr. Pepper. BTW, that bottle beside me is no 1950s bottle, as already hinted on its blue tag. It is not the classic-looking 10, 2 and 4 bottle, which recommended the best times to drink a pepper-upper, but it does have the cane. Bottled in Dublin.

The Dr. Pepper museum is right in the middle of town. I go into the museum store, which is a Soda Shoppe, and buy a postcard. I’m considering sitting down to order something and then just leaving the tagged DP on the table, but then decide to give it to a couple waiting outside to take the tour. They’re very cooperative and curious and are pleased to get the bottle. It’s just as well I didn’t order a drink. It’s about three and I’m not waiting around an hour for a soda pop. 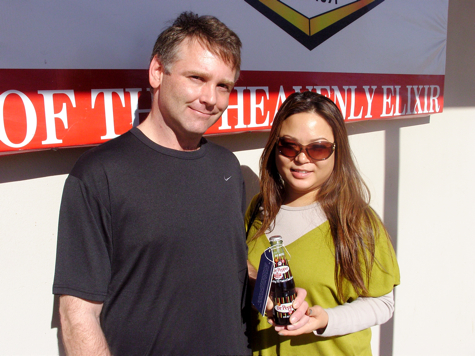 Remember I’ve been heading this way not just to deposit the Dr. Pepper, but in order to play with what I believe is the error in Hoffmann’s map. Or did he really go to Big Springs as a sort of shadow of Big Spring? It’s true, the doubles keep piling up: the twin keys, the crossed keys, the man who wanted to speak about Jack Hays twice, the two Springs.

Or is it possible he was having so much fun that he just faithfully followed his GPS toward that town with the extra S, blind to the mounting miles. I doubt that I’ll ever know, but I’m using his shape-shifting map as a reason to at least head towards Big Springs, which is 100 miles further than where I’m actually going: Wortham.

About sixty miles out of Dublin I come to a small town. I could hang a right here and drive the six hundred and sixty miles connecting Energy, Texas to Organ, New Mexico by way of Meridian, the town I’m in, and I’d be able to get back with The Route at Las Cruces, but instead I keep heading east through town, noticing a sign for Erath, calling to mind Erewhon, that other brave world like El Dorado and Eden. But the somewhere that this musing takes me, is never any kind of nowhere; does not offer the benefits of shiatsu or acupuncture; nor does it propel me on this earth any closer to where I need to go.

Not long after, I hang the big loop that takes me around Lake Whitney. It’s a pretty one and the dam ain’t bad either, so I stop in town for some water. The cashier at the gas station reads my T-shirt — IT’S NOT NINE ONE ONE…
Ken Little…okay… I don’t try to find out what she thinks of the back.

It’s been two lane roads since Abilene and there are more to come. It takes most of whatever daylight is left to finally reach Wortham, just north of Mexia, which is close to where Cynthia Ann Parker was captured a couple of months after the battle of the Alamo. The nine mile road into Wortham is completely empty and stunning. It takes me awhile to find the graveyard and light has risen to the point where all that is left is falling dark. So I’m spending the night in Mexia, where I’m writing this, because by the time I felt I was close to finding the grave, it got dark.

The Stetson is still sitting on the seat.