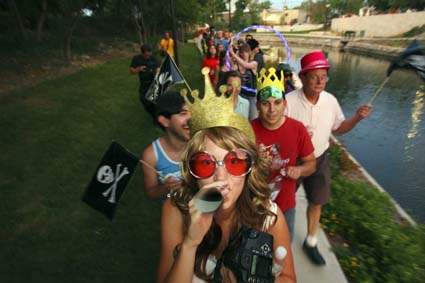 CAM is dead. Long live CAM.
Contemporary Art Month in San Antonio will be celebrating its 25th anniversary this year, but in temperate March rather than broiling July. A new generation of artists is in charge of the citywide celebration that began in July 1986 after a local museum canceled a much-anticipated show of contemporary artists. In response, the snubbed artists rallied to open the Blue Star Art Space, located in a 1920s-vintage warehouse district along the San Antonio River in the King William neighborhood.

Since then, the Blue Star Arts Complex has been the heart of San Antonio’s contemporary art scene, with several galleries and artists’ studios spread throughout the rambling warehouses. CAM, tied together by a calendar, became an annual summer tradition that encouraged all the city’s galleries and museums to show work by living artists. And every year since, people have complained that it was just too darn hot in July for gallery hopping.

“Everybody just got tired of sweating their butts off in July,” said artist Michele Monseau, who serves on the CAM board. “The San Antonio scene has grown up and matured so we’re hoping to appeal to more out-of-town visitors. It should be much easier for people to get out and enjoy the outdoor events in March.”

Despite much discussion about moving CAM to a cooler month, not much happened until newcomers Jason Jay Stevens and Leslie Raymond, who teaches New Media at UTSA, joined the CAM board. They were able to convince the art community to move CAM to March to coincide with Luminaria, a one-night, citywide arts festival that is the brainchild of former Mayor Phil Hardberger. And working with designer Chuck Ramirez and computer guru Ben Judson, they have come up with a new, much improved online CAM Calendar .

“This is an all-inclusive festival that showcases more than 250 artists at about 100 venues,” Stevens said. “There’s a charge to be listed in the calendar, but basically the galleries and museums curate their own shows. We encourage everyone to participate, and this year we reached out to the performing arts so you’ll see theater and music concerts on the calendar as well. We want to push the parameters of what people consider contemporary art.” 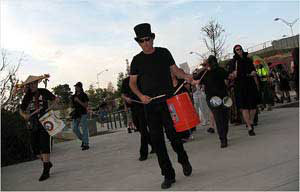 Last summer, a Death of CAM parade marked the end of the old, sizzling CAM with the sound of beating drums, cymbals, horns and bells. Mournfully costumed artists paraded along the new Museum Reach of the San Antonio River past the San Antonio Museum of Art, which two-and-a-half decades ago canceled the show that sparked local artists into DIY action. SAMA served water to the artists, symbolic of the healing that has taken place between the city’s institutions and its art community.

A Rebirth of CAM parade is set for 4 p.m. Sunday, Feb. 28, beginning at Roosevelt Park on the city’s South Side and meandering along the new Mission Reach of the San Antonio River to the Blue Star. All artists who wish to participate are invited to come clad in “your craziest costumes and whatever you can find to play and bang on.” The parade will end at the La Tuna bar for libations. 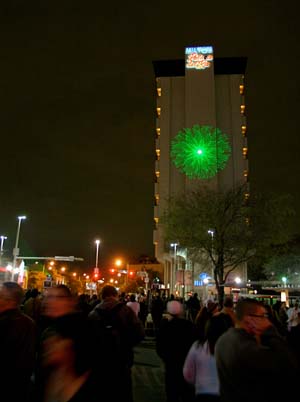 On Tuesday, March 2, artist Andy Benavides will transform the River Walk’s famed Hilton Palacio Del Rio into a tribute to the pioneering video game Space Invaders. Benavides’ large-scale light installation, “Invading Spaces,” on the east and west facades of the hotel is part of a fundraiser for SMART, a nonprofit dedicated to raising awareness of the visual arts in San Antonio.

The Blue Star Art Space has changed its name to the Blue Star Contemporary Art Center, which will be having a CAM Kickoff Celebration from 6 to 10 p.m. Thursday, March 4. The Blue Star has moved its annual CAM show from July to March as well and will be opening “Amalgamations 25: 28 Artists for 25 Great Years,” curated by Houston artist Wayne Gilbert. And Soomin Jung’s “A Girl in the Middle” will be opening in Gallery 4.

The CAM opening celebrations will spill over into the monthly First Friday gallery walk the next night, March 5, with several other new events, including musicians from the San Antonio Symphony at Jump-Start Performance Co., a reading by Pattiann Rogers at Gemini Ink and “18 for the Money” at LoneStar Studios.

Hometown favorite Vincent Valdez will have a special reception for his exhibit “Flashback” and video unveiling for “Recuerdo” from 7 to 9 a.m. Saturday, March 6, at the Southwest School of Art & Craft. Also on view are “The Miniature Worlds of Bruce Metcalf” and “Louis Vega Trevino: Color Shift.” At 7 p.m. March 9 at the Southwest School, Stevens and Raymond will be hosting Colloquium V featuring “fringe artists” such as a cookie maker, tattoo artist, a chef and a glass blower. 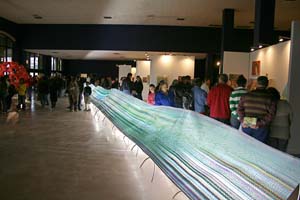 Among the performing arts highlights of CAM will be the world premiere of a new comic opera by David Heuser, “A Brief History of Root Vegetables,” presented by the UTSA Lyric Theater March 5-7 at the UTSA downtown campus. Musicians from the San Antonio Symphony will be performing at various openings during CAM. And March 11-12, Trinity University’s AtticRep will be presenting an original work, “On Love and Marriage,” based on stories collected from San Antonians.

A Neo-Automatic Self-Guided Studio Tour will be held from 10 a.m. to 4 p.m. Sunday, March 7, with dozens of open artists’ studios around town. 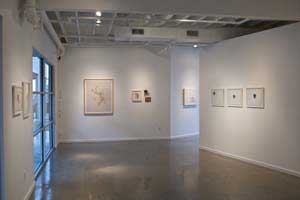 “Psychedelic: Optical and Visionary Art Since the 1960s” opens March 12 at SAMA. Curator David Rubin is featuring San Antonio artists such as George Cisneros, James Cobb and Mark Hogensen along with nationally known artists such as Jeremy Blake, Alex Grey and Al Held . The show runs through Aug. 1.

Luminara takes place from 6 p.m. to midnight March 13 in and around HemisFair Park in downtown San Antonio. Live performances, projections on skyscrapers and other outdoor events will highlight both performing and visual arts. Modeled after the Nuit Blanche (White Night) in Paris, the festival is in its third year. Last year, attendance hit 185,000. 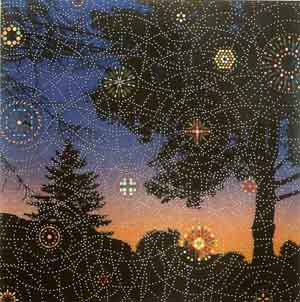 Artpace will have an opening for its international artists in residence exhibit at 8 p.m. March 18 featuring Buster Graybill, Klara Liden and Ulrike Muller. Also at 6 p.m. March 18, the new David Shelton Gallery in Stone Oak will have a reception for “Foretopia” with Judith Cottrell, Sara Frantz, Jayne Lawrence and Vincent Valdez.

The McNay Art Museum will open a show of Jasper Johns prints on March 24, followed that weekend, March 27-28, by the annual McNay Print Fair, which features dealers from across the United States.
Two other uniquely San Antonio events will take place outdoors toward the end of the month. The first Pittman Sullivan Community Garden Kite Festival is set for 2 to 6 p.m. March 21. Artist Cruz Ortiz is the organizer of the “Sixth Annual Dignowity Hill Pushcart Derby” scheduled for noon to 3 p.m. March 27 on a grassy slope at Dignowity Hill Park. Artists such as Katie Pell, Juan Miguel Ramos, Hills Snyder and teams from local institutions such as the Witte Museum and Jefferson High School will be competing in customized pushcarts. As in most artists’ competitions, style will count more than speed. 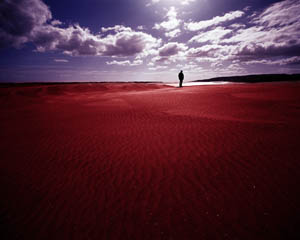 A closing CAM party and exhibit sponsored by the Pace Foundation will be held March 27 at ChrisPark, featuring the presentation of Cammie awards for Best CAM exhibits. The San Antonio band Buttercup will perform and the exhibit will showcase works from the collection of Artpace founder Linda Pace. Admission is $10 with all proceeds benefiting CAM.