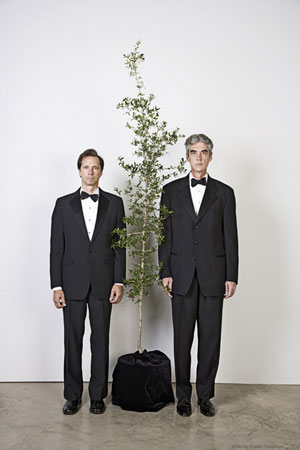 Two years ago my little sister got married. She married her high school boyfriend; a kid I never liked but who had never given me any reason to put a bullet in his head. I knew he was a dog. I knew he would break her heart. And I knew that if I told her what I thought, the final heartbreak would be all the more painful for the feelings of guilt at having ignored my warnings. She told me about her wedding plans and, because our dad is dead, she asked me to give her away. I offered her all the good wishes in the world, got fitted for a shitty tuxedo at the Men’s Wearhouse and willingly gave her hand to her fiancé, hoping against my intuition that hers would be a happy marriage rewarded with beautiful children and an idyllic life.

Less than nine months later, they were divorced and he was headed back to Iraq for another tour of duty in the Army. He turned out to be the asshole I always knew he was, but because I love and trust my sister I had been given no choice but to believe that she loved him, he loved her and that they would be committed to each other. I took no joy in realizing that my cynicism had been justified.

What does this have to do with The Art Guys marrying a plant? With any marriage of any kind, the unknown resides in the intentions of the participants. What are these people really thinking? Will they really stay committed to each other? Weddings, like funerals, exist on the surface of our lives; we take a few hours, put on the coat or dress we never wear, get drunk if the bar is open and pretend that life is certain, that we can depend on each other’s word and that “forever” means something. It’s a huge act of faith in a time in which faith has been discredited.

As I watched The Art Guys marry a tree in the Lillie and Hugh Roy Cullen Sculpture Garden of the MFAH, I found myself in a situation like my sister’s wedding. My first reaction of wanting to discount the marriage not as bad art, but as a commitment that couldn’t possibly be sustained was overcome by a more intangible impulse to trust The Art Guys and believe that they were taking their vows to care for the tree and make sure it lives at least as long as they do seriously. This notion of trust relates not only to the ritual of marriage and the implicit trust that family members of the individuals being married place in those individuals, but also to the more artworld-relevant concern about how we are able to trust the motivations and intentions of artists. I trust The Art Guys. I trust that beneath the humor of their absurd performances and objects, there lies a concern with understanding how the world works. The reason I’ve been able to do this is because The Art Guys are comprised of two human beings named Michael Galbreth and Jack Massing.

I had my first show at Moody Gallery the summer after I finished graduate school. It was called Widow and was a series of drawings about my mother in the wake of my father’s death. One day Betty Moody told me that Patricia Johnson, then the art critic at the Houston Chronicle and the recent widow of the artist Lucas Johnson had seen the show and liked it. It meant something to me less because she was a writer at the Chronicle than because she was a widow. After that, I learned Jack Massing and Lucas Johnson had been good friends and that Jack was fishing with Lucas when he died of a heart attack.

My dad died alone on the back porch of a house in which he was working as an electrician. I’ve always wished that someone, anyone, had been with him. I didn’t know Jack, but each time I would see him at an opening or a dinner, I imagined that I could see where watching his friend die and being unable to save him had marked his face. I felt grateful that he was able to provide something for someone that I’ve always wished for my dad. Despite the fact that it’s painful to know my father died alone and probably afraid, I’m thankful that I wasn’t there to see the life go out of him. Even though I don’t know Jack very well, I feel as if I share something with him. It doesn’t matter if the connection I’ve constructed is imaginary or if Jack would disagree that it exists, because it means something to me; it has helped me enrich the ongoing narrative of my father’s death and its influence on my life. It’s helped me open another window onto my own grief.

I remember seeing Michael Galbreth at The Menil Collection’s exhibition of Rauschenberg cardboard works and then hearing a few weeks later that he had been diagnosed with a rare throat cancer. It was some time before I learned that he would survive and that his cancer had been treated successfully. A few months later, my girlfriend Adrian and I were at DiverseWorks for an opening and I saw Michael walk across the parking lot. It was the first time I had seen him since his diagnosis. The difference in his appearance was dramatic. He was very thin, and wore a baseball hat that swallowed up his head, under which I could see that he had no hair. It was shocking, but I’ve seen people with cancer before. What struck me was the balls it must have taken to endure the endless hugs, handshakes, good wishes from people he didn’t really know, and the looks in their eyes when they say you look great despite the fact that you know you’ve never looked worse.

The first day I came back to school after my pacemaker-defibrillator had been implanted and walked into the classroom in which I had had cardiac arrest, I remember the humiliation of looking into the sympathetic faces of the people in front of whom I had lost control of my body. There were well wishes and people I didn’t know said they were glad to see that I was ok. I remember that it made me angry. I felt as if everyone was staring at the square bulge under my shirt above my heart and I felt more like a sick person than I had ever felt while in the hospital. Of course they were just being nice. My anger was really at the bag of skin and bones that had suddenly refused to mindlessly do my bidding.

The most frustrating lesson of my life is that I cannot take my body for granted. Every time I take a beta blocker or go to the doctor I’m reminded that my life is contingent; that my consciousness and my artmaking rely solely on the physical survival of my failing body. It’s not something a healthy person can understand. Even my girlfriend, who has been with me through hospital visit after hospital visit admits that she can’t understand the concept of viewing her body as an enemy of her consciousness. I don’t know Michael any better than I know Jack, but I like to believe that he would understand what I’m talking about.

So you may agree that Michael and Jack are real people and still wonder what any of this has to do with the work of The Art Guys.  I don’t know. But I do know that I’m not able to separate Michael and Jack from The Art Guys. So when I see them offer up the ashes of their remains for sale or marry a tree in a public ceremony, I have no choice but to view their actions as being made in good faith. I choose to trust The Art Guys’ intentions because, based on my own experiences, I know that there’s no return from the kinds of life-changing and life-threatening experiences they’ve had. I believe that seeing someone you love die in front of you or watching your own body collapse makes it more difficult to act in bad faith.

It’s not impossible though; I admit that I may be naïve in allowing personal feelings about Jack and Michael to color my perception of The Art Guys’ work. But when I consider it, much of what The Art Guys do in their art seems to be to bring their audience to a place where clear separations between life and art, and human individuality and artistic personality are frustratingly blurred. Michael and Jack have both said that their work is not “about” anything any more than an oak tree is “about” anything. It’s just there. Artists and art audiences have their personal histories, knowledge of the situations they find themselves in and access to what appears before their eyes. The point of The Art Guys’ work, if there is a point, seems to be to encourage the viewer, through humor and a populist vocabulary, to tie those connections together and make determinations. And this is where faith, or trust, or whatever you want to call it, in the intention of the artist comes in; based on your own experiences, you either do or you don’t

Michael Bise is an artist living in Houston.

“Get a Rope” at CTRL Gallery
{ Feature }

I was married once. It was a mistake. I knew it walking down the isle and I knew it when I heard the all too familiar sound of yet another NASCAR race on the television that day. I walked over to the first thing I spotted, which was a large pizza sitting on a TV tray and I kicked the tray as hard as I could. The pizza hit the ceiling . It stuck there for a few seconds and then slid down the drapes. (This was an apartment and those werenâ€™t our drapes.) He jumped up and stood there and looked at me and then at the pizza and then back at me and he said. â€œIâ€™m not cleaning up that mess!!! I want a divorce!

i met the art guys under false pretenses. so of course it was more like an art guise meeting. they had a phenomenal power point that you would remember if you were at junction attending the sculpture symposium a few years back. at one point the slide slid by to say – “alright bill – come on down to the front” at this point i was a Tech grad student in sculpture, and Texas Tech was one of the organizers for this little art focused foray, yet somehow my name was completely befuddled to the tune of my first pseudonym – bill wiltshire. i showed up as me and the next thing i know i was someone else. so, being newly bill, i sauntered up like that was my name and received a free copy of the art guy’s book complete will a behind the back signature from mike, and a straightforward one from jack. i’m so glad i lied that day. i met two people that do art together from a joining of hands in paint many years ago~ till today. jack and i skipped stones on the river, and mike and i talked tenderly about marriage. they were just cool dudes i got to kick it with in a cool place. so I guess in a round-a-bout kinda way, what iâ€™m trying to say is â€“ I also, for my own reasons trust the art guys, their intentions, and the on-going art revolution that they bring to our table. dig in.