The Ten List: Being a French Artist in Houston

by Bernard Brunon May 5, 2009
FacebookTwitterEmail 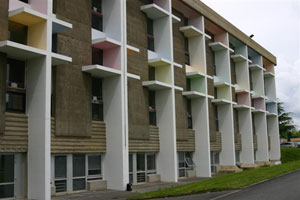 TEN THINGS ABOUT BEING A FRENCH ARTIST IN HOUSTON
Best or worst, it all depends on the observer. And in no particular order:

• If you mention Karl Marx during a discussion you are immediately and indelibly tagged a communist.

• You can do obscure conceptual work for twenty years and nobody will bother you.

• You could call Mrs. de Menil for a studio visit and she’d come.

• Your accent will let you get away with a lot.

• After being in town for less than two years, a French curator at the MFAH will give you a one-person show that gets older Houston artists pissed at you forever.

• The French consul will invite you to the 14th of July celebrations and ask you to decorate the room with revolutionary pictures.

• When playing pick-up basketball games with the guys from Project Row Houses, you can make your own rules.

• You get to say "hi" to Daniel Buren when he comes to town.

• You are asked to be the interpreter for Baudrillard when he gives a seminar at Rice and you get to drive him around in your truck while he’s picking a fight with his girlfriend.

• When you tell the panel of the Fulbright jury that you are coming to Houston, they assume it’s to do oil paintings. 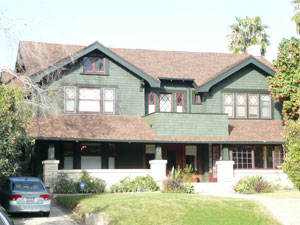 Bernard Brunon was born in 1948 in St. Etienne, France. He holds a bachelor in Art History from the Université de Lyon and a Diplôme National des Beaux Arts in Painting from the Art School of Marseilles-Luminy. A Fulbright fellowship allowed him to come to Houston in 1978 and he graduated from the University of Houston’s Art Department in 1981. In 2007, he became a grandfather and moved to Los Angeles (these two events are not necessarily related). His latest large project was a public commission to paint the façade of the University Library in Rennes, France.

Check out other Ten Lists from the series:

The Ten List: All About Installation Art
Kim Davenport
(May 2008)

The Ten List: Your Portfolio and You
Clint Willour
(March 2008)

Man that is a great picture of a frog on the mast. What kind is it?