Context determines meaning. I smell bacon means one thing when I exclaim it in the kitchen of granny’s cottage as she cooks breakfast. It means something different when I mutter it while strolling past a chubby security guard at the Galleria. 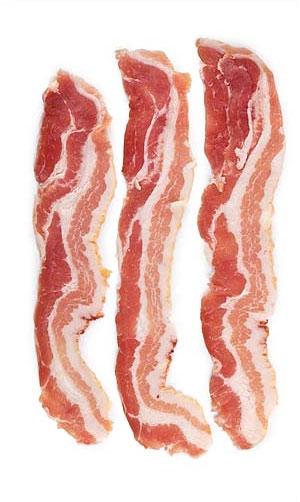 That’s why it’s important where one exhibits one’s art. Whatever awesome or dank projection of the artist’s very soul constitutes the work, and whichever inspirational message or blood-curdling battle-cry is cleverly secreted therein, will be shaded, perhaps even contradicted, by its exhibition context.

I used to think my work had some internal integrity that would persist whether it was hung in the lobby of the Museum of Modern Art or used as a urinal cake at Poison Girl. Now I understand that it would lose something very important if it were ever exhibited at MoMA.

If I were tied to a board and repeatedly dunked under water, held under each time till I began inhaling the H2O and drowning, which Bill O’Reilly told Oprah Winfrey he had, after much soul-searching, accepted as a method of interrogating persons who might have information about terrorist plots against the U.S. of A., I would eventually confess that there are approximately three categories of places where so-called artists might exhibit. If my interrogators then followed the CIA torture manual approved in the nineteen-eighties for use against Central American “rebels,” and peeled the flesh off one of my fingers as they held it in front of my face, I would probably name those categories. Between sobs and moans I would offer, 1. Art dealers. 2. Non-profit spaces, and 3. Other… aaaa! …the street.

For some work, specifically hardcore attempts to bring integrated global capitalism to a screeching halt, I agree that the gallery context would be a compromise, even a betrayal, but I don’t think that work exists. Last time I checked, it was ludicrous for any painting, sculpture, performance, film or installation to claim to be the revolution in human consciousness and social relationships that some are vaguely anticipating. We who live in the belly of the beast know all too well that capitalism can digest anything, certainly anything arty.

If you’re not isolated in a tiny prison cell where your meals are delivered by a robot, or being targeted for assassination by rogue federal law enforcement agencies (I’m sorry, was rogue redundant?), you’re probably not a revolutionary artist. Thinking you’re too noble, too anti-social, or too underground for galleries may be wishful thinking, which closely resembles you positioning yourself to sell out your alleged integrity five or ten minutes from now. Maybe you should reword your business card. Add some fine print that says you’re just a phony, marketing pseudo-rebellion to youngsters still not able to see through your crap, or rich old ex-rebels, sentimental enough not to laugh in your face. A pretentious commercial gallery will be perfect for you, whenever you’re ready.

But which gallery; which dealer? Most galleries are vanity galleries and they exist not to sell art or to build art careers, but as therapy for their owners. They exist to entertain aimless, wealthy retirees who choose art dealing as a project the way a child chooses mango sherbet at a Baskin-Robbins; to fulfill empty-nest housewives, determined to reinvent themselves at the expense of their philandering husbands; to enable obsessed collectors who must deal the art-drug in order to support their own art-addiction; and to validate haunted, moonlighting corporate executives who mistakenly believe such props are necessary to gain entrée to some secret world of art they’ve imagined.

These wannabes often spend a fortune making their dream into reality, creating elaborate exhibition spaces and impressive offices. Then they sit around, waiting impatiently for the miracle of art sales to happen. Soon they’re glaring at the staff as if it were the staff’s fault that water flows downhill and the sun sets in the west. Many come to resent the artists who, like baby mastodons in a tar-pit, have foolishly become involved with their disaster. Eventually, incompetent dealers embarrass everyone with fruitless, ignorant attempts to create desire for their motionless inventory. They offer disorienting discounts, they mount thematic sales events more appropriate to car dealerships or furniture outlets, they play pathetic games with red dots on the wall.

Turning useless, worthless, dirt-common art into lovely, spendable, cash money is a magic trick of the most extraordinary sort, and whatever they boast, very few dealers can perform it. That they posses such a talent is the tne and only reason for any artist to associate his or her art with a representative of that scummy caste. It’s also the only reason to overlook the character defects and associated financial irregularities that the species invariably displays. don’t wait for a charming, trustworthy, nicely-scented dealer who has enthusiasm and ideas. Grab the smelly hunchback who actually has some collector clients and don’t let go.

2. The gulag of non-profit art-org corporations is always looking for new talent to exploit. “Alternative” spaces, prestigious museums, respected artist’s workshops, self-congratulatory grant-mongers: they all pretend to administer human creativity the way religions pretend to administer human spirituality, with comparable results. If you’ve read this column before, you’ve already heard me hint at my problems with this context, so I’ll summarize:

Artists, if your work is not academic, rated PG-13, politically correct, bureaucrat-friendly and weak, don’t waste a moment of your time with these self-serving mediocrities. They promise everything and they deliver only themselves, season after dreary season. Their only purpose is the perpetuation of their institutional existence, and in their hands, you will never be more than a means to that end. However unique your vision, it will be reduced to one perky paragraph in an infinite series of perky paragraphs on an endless schedule that stretches to a necessarily meaningless, fund-raising future. However breathtakingly experiential your art may be, it will be ruthlessly chipped into a pile of incompetently written words by the heartless and soul-less necessities of the blurb, the resume, the press release and the artist’s statement. It’s not unusual, just like slaughtering cattle isn’t unusual in a slaughterhouse. It’s merely wrong.

Non-profit corporations are immortal, but you are not. don’t waste a moment of your precious time.

3. Artists find other contexts. Many today apparently prefer tagging dumpsters and wheat-pasting images on industrial barriers, to figuring out which kooky art doo-dad might titillate the wooden eyes of a neurotic dealer, or embody the quota-determined vision of a hamstrung CAM curator. They could correct their misguided habits with a few semesters in the pain amplifier of art education, but are they willing? Is it possible they could be satisfied with a following among those similarly disaffected, and with earning a living in economies less fantasy-based then those of the art desert, with its shimmering mirages of stardom, careers, gallery sales and grants?

Given the art world, the non-art world looks rather inviting. Marginal places where total control isn’t yet total radiate an unauthorized, dignified reality that makes the white cube context look like a job application. Streets and alleys, walls and fences, concrete and sheet metal, asphalt and glass: the city’s brutal exoskeleton beckons those who would make their mark without getting permission first. Likewise, the skin of ones own body is currently available, as is every computer screen in the world.

People who don’t know a thing about art sometimes turn out to be a surprisingly perceptive, discriminating art audience. Other times, they want you arrested. Welcome to Pottersville, where everybody loves creativity in just the same creepy, hypocritical way they love freedom and democracy. Everybody loves art and artists; so much so that they’ve gone ahead and figured out your whole life and career for you, for your own good and for everybody’s safety and security.