The best moments of the Miami Art Fair come late at night, when everyone goes down to the moonlit beaches. Collectors and dealers, even artists, exhausted from a hard day of art-wrangling, gather together around huge bonfires. These are built by friendly local natives to express gratitude for the economic benefit brought to their primitive village by the selfless art industry. The grown-ups sit in circles around the dancing flames while children, and childlike artists, play in the gleaming surf, gathering spent bullets and helicopter fragments tossed up by the tide, or building fanciful castles out of the damp cocaine that leaks from bales washed up on shore. Soon, everyone begins to drop their fierce social masks. We relax together, holding hands, telling stories and singing songs, dancing and passing around bottles of the special Basel Brew, made from the fermented blood of poor people. Gazing at the stars through swaying palm fronds, craggy art professionals bare their souls as they speak about the spiritual bond each has with the mysterious élan vital of creativity, and its concurrent cash flow. Later, they fill the profound silences evoked by these splendid confessions with hilarious jokes about the art world. 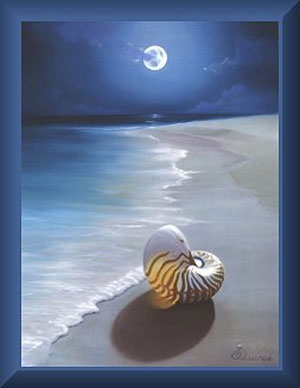 I thought I’d bring home a few of those to share with my readers. I’m told there are complaints about how unfunny my column has been since I got off sugar.

The NEA did a study that determined America had too many body modification artists, defined as those whose work involves tattooing or piercing. Their executive committee decided to try to thin out the field by offering a special grant to any body modification artist who would switch to a new medium. Creatively, they promised to give $1000 for every inch that could be measured between any two points on the artist’s body. The artist got to choose where those two points would be.

The first body modification artist to accept this offer asked that he be measured from the top of his head to the tip of his toes. He was measured at six feet and walked out with a grant of $72,000.

The second body modification artist who accepted was better at spatial relationships, and asked to be measured from the tip of her outstretched hands to her toes. She walked out with $96,000.

The third applicant was an older, heavily-inked Conceptualist who had enough piercings on his body to shut down any airport. When asked where he would like to be measured, he replied, Just from the tip of my erect penis to the bottom of my testicles. The NEA employees made faces, and gave each other looks, and finally suggested that the old Conceptualist should attend one of their seminars on how loser artists should properly interface with god-like grant-giving organizations. They patiently explained about the nice checks the previous two body modification artists had received, but the old guy stubbornly insisted on his scheme. They decided to go along with him, and save some money.

Oh! He suddenly exclaimed, where are your testicles?

The Conceptualist looked over at the NEA employees, and then back at the physician. Documenta, he replied.

A major zoo was kicking off a massive fund-raising drive, and as one of the attractions had hired several famous animals to help focus attention on their institution. The theme of their gala party event and exhibition was Ancient Lice and Contemporary Grass-burrs: Crossroads of Domesticated Animal Hair in the Historical Vapors of the Inca Cloud Forest, and zoo officials had accordingly procured a llama, an alpaca and a vicuña. These were highly-trained professional wildlife stars, each accompanied by an agent, a manager and a publicist, as well as the usual entourage of groomers, dietitians, and trainers. The furry celebs were expected to wow rich people with their literal animal magnetism, and to entertain crowds both at cageside photo-ops and in the all-important petting zoo arena.

Upon arrival the vicuña and the alpaca performed as expected, but there was a problem with the llama. This lovely creature was named Xu-xu and she was at the peak of her career. She had twice been voted Most Sensual Non-Vinyl, Non-plush [Living] Quadruped by the membership of Sensual Farm-Ranch Hobby Underground, and she had been named Llama of the Year by Pet Magazine the previous spring. Unfortunately Xu-xu, instead of charming everyone with coquettish facial expressions and exemplary demonstrations of official llama behavior, was spending most of the zoo’s visiting hours in an erotic frenzy. Her routine involved vigorous masturbatory rubbing of her soggy feminine nether-regions against the cool vertical iron bars that inadequately separated her from a shocked and disgusted public. Standing outside her pen one heard, not the approving coos of wealthy patrons, but the lewd jeers of under-privileged hooligans, the indignant mutterings of local schoolteachers, and the snap, crackle and pop of indignant moms clapping hands over their children’s spellbound eyes. Xu-xu was apparently in desperate need of a good fuck, yet she didn’t seem the least bit interested in any of the male llamas that the zoo officials quickly introduced into her little simulacrum of Andean meadow with adjacent foam-core Incan ruin.

The zoo officials were in a panic, and angrily conferred with Xu-xu’s people, who professed complete bewilderment. Noting that Xu-xu was closer to humans than to other llamas, they suggested abashedly that she might need to be coupled with a human male instead of one of her own species. The zoo-keepers took one look at each other and said, Pisces! Get Pisces Dupont in here right now!

Pisces Dupont was a young artist who had received his BFA from CalArts and an MFA from Yale. He currently lived in a tar paper shack inside one of the zoo’s unoccupied habitat enclosures and did odd jobs around the place, most notably painting little faux-native wooden signs instructing visitors where to go for food or to find toilets. Bestiality is an occupational hazard, perhaps a proclivity, for those who work in zoos, and employees at this institution subscribed to the usual unwritten don’t ask – don’t tell policy when it came to sexual liaisons between staff and animals. Except, that is, for Pisces Dupont, who had distinguished himself by violating this policy with a series of outrageously indiscreet outbursts. When one of the Egyptian vultures had laid an egg, he’d gone into a rant about how it wasn’t his, and how that buzzard really slept around, and how he was willing to pay for the omelet. He”d remarked, upon first seeing the twelve foot long albino anaconda, Schwing! Who’s gonna hold the head for me? Another time he’d pointed at the gila monster and said angrily, I bet that’s the bitch who gave me herpes! There had also been non-verbal incidents. Though never caught in flagrante derelicto, he’d been found in states of undress inside the cages of distressed fauna more than once. In short, Pisces had the reputation of being an animal lover in the worst sense. All the zoo officials had heard him say, I’ll fuck anything! And so they decided to offer him five hundred dollars to fuck Xu-xu.

He appeared in their office reeking of marijuana and a medley of animal dung odors. He was nervous. The head zoo-keeper said, Relax, Pisces. We”ve got a little proposition. Will you fuck Xu-xu the llama for five hundred bucks?

Pisces looked puzzled but then he slowly smiled. Sure, I’ll fuck that llama, he said. But I got some conditions!

First, I’m gonna document the event with my camcorder for a big show I’m having in Tulsa next August.

Second, I want to put some crucifixes and holy cards in front of the llama. If she starts spitting, I want her to be spitting on something that”ll offend the shit out of my target non-audience.

Third, you gotta give me a couple of weeks to come up with the five hundred bucks.

Q: What did the local collector say to the local artist?

A: Congratulations! I bought one of your pieces for next to nothing at the Night of A Thousand Dancing Artists Dressed as Clowns Garage Sale of Local Art to Benefit the Puffy Leech Holding Cell for Contemporary Blue-chip Doodling, and I just love it. I got such a good deal! Can you give me a receipt? What exactly does your work mean? Do you have a website? I accidentally poked a pool cue through your piece while my mistress and I were having tantric sex in the billiard room of my mansion, ha ha! Could you come over and fix it? I’ll have the maid make you a sandwich. I know you starving artists are always hungry, ha ha! I want you to see my art. I make collages out of old Life magazines. I don’t know what the big deal is, making art is easy! Maybe we can trade work. I’ve got the perfect space picked out for your piece, right above the spittoon so everyone will see it. A lot of very important wealthy people hawk lugies into that spittoon so you’re really quite lucky, you”ll be getting a lot of career-building publicity! Maybe you should pay me, ha ha! Do you weld? A piece came loose from one of my lawn chairs and it’d be so easy for somebody who welds to fix it.

Oh, I see! You think you’re better than me. Lookit, the big-shot art-fart, too good to eat a sandwich, too good to dirty his hands with welding; he thinks he’s better than everyone. Lookit the big-deal artist who thinks he’s Leonardo Da Vinci, up on some ivory tower. Well lemme tell you, Mr. Big Shot, Sonny Toegoo used to mow my grass and he didn’t have a problem with it, and he’s twice as talented as you”ll ever be. Go talk to Sonny Toegoo, maybe you can learn something, asshole. He’s got a piece in the Lois Denim Memorial Receptacle for Local Art Waste. Yeah! And he didn’t get there by having a stuck-up attitude!