The Center for Useless Mediocrity occupies the space where a museum of contemporary art might have gone. Loads of people wander around inside its galleries, under the impression that it’s a museum of contemporary art, and it greedily sucks up all the money and all the energy the community has for that purpose. But it’s not really a museum, because no Muses live there. It’s not a sacred place where local artists can go to invoke the Muses for inspiration and protection. The Muses were all evicted a long time ago, because they created image problems and negatively impacted the bottom line. 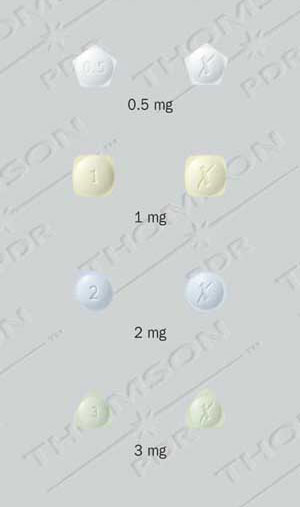 Oh, the trouble the Center had! Way back, in the misty never-was, someone accidentally hired a radical director for the place. Instead of hoarding all the power and tossing stingy little crumbs of it to artists, the way a tweaked-out coke dealer parcels out dirty eight-balls, this director let artists run wild. You can imagine the result. There were parties at which liquor was served to poor people. There was crazy art. Things we’re written on a wall in the men’s room, and a big spit-wad got stuck on a light fixture in the gallery. Anarchy engulfed the city.

The board of directors had to interrupt their vacations and jet back to town, in the off-season, to fire the willful servant. They listened to the shocking story of an unlucky board member who had actually attended one of the Center’s wild openings. She compared it to a Witch’s Sabbath. She had been hit on her left shoulder by a spit-wad. Oh my! the others murmured, sympathetic and concerned. If that had been a steel-tipped cop-killer bullet fired directly into your face by a dangerous radical terrorist-drug-dealer-child-molester-labor-organizer, you could’ve lost an eye!

The board vowed, Never again! Never again would anyone creative have a chance to embarrass them in front of their friends at the club. No more Muses. No more experiments. No more fun. Absolutely no more artists doing whatever they wanted. They demanded safe, sane, responsible directors, preferably ones with experience in law enforcement, directors with the kind of servile vision that focuses more-or-less exclusively on the social pecking order, and takes orders accordingly. They vowed to keep art and artists in their proper place. For God’s sake, they muttered over brandy and Xanax, just because the grease monkeys change the oil doesn’t mean they should get to drive the Mercedes!

Some board members still dabbled in the business world, and they nobly volunteered to show how the Center could be reorganized to run just like a business, just like a big corporation. Everyone said, Three cheers for corporations! Hooray for their layers of incompetent, unresponsive management! Hooray for their institutionalized censorship and their suffocation of public dialogue! Hooray for prioritizing profitability over yucky balls of red tape like the law, common decency and the survival of the human race! Let’s run our museum like a corporation! These courageous, Wall-Street-Journal-thumping idealists accomplished their revolution, and made the Center for Useless Mediocrity more fiscally responsible, like Enron, and more ethical, like Exxon Mobil.

The original building had been designed by Frank Lloyd Wrong to resemble a giant cinder, like the cinders that sometimes get painfully stuck in one’s eye. It was a clever play on the negative reaction many people had to contemporary art in those days. The rededicated board decided it was all a bit too clever, and they ordered an architectural makeover, to symbolize a bold new commitment to mediocrity. A big trigger was installed on the exterior, turning the Center into an image of a futuristic gun. It was a clever play on the idea that from then on, local artists would be encouraged to commit suicide.

The board’s safe, sane, business-oriented vision triumphed, and indeed, spread far and wide throughout the art world, like a burger franchise. Today, it’s the only vision of a contemporary art center most of us have ever known. We accept it as part of the natural order of things, like the torturing of helpless prisoners and the breathing of carcinogenic air. Nowadays, everyone intuitively understands that it’s unfair to show artwork that’s not mediocre, because it might bother somebody or cause a ruckus. It seems completely natural that only certified art-professional gatekeepers, festooned with degrees and skilled at reassuring the powerful, get to make decisions on what the Center shows. Otherwise, the world would stop and the universe would burst into flames. Otherwise, a giant corporation, busily exterminating an indigenous tribe to steal their mineral rights, might get its feelings hurt and stop funding the Free Day that bears its name, the one carved in 12 foot tall letters across the Center’s marble facade. Otherwise, a Christian, maybe even a Christian child, might see a tit.

Mediocrity is a slippery tightrope. On one side lies embarrassing failure, with its mortifying absurdity and its bad press. On the other side lies frightening success, with its dangerous empowerment of new ideas and independent people. The trick is to never fall either way, to slowly and carefully creep forward, without ever making a big fuss or attracting too much intelligent attention. That kind of sustained, high profile mediocrity doesn’t just happen by itself. It demands careful planning and constant vigilance. Human creativity is always squirming around, trying to break free and do God-knows-what. The job of the Center is to keep everyone from finding out just what that what might be.

Most artists quickly internalize the Center’s program. Like children, they respect and trust the authority figures who carelessly exploit them. they’re glad that the grown-ups manage the big scary art world, and they’re grateful in advance for the little crumbs they expect may one day fall off the Center’s art professional table, right into their hungry mouths. They never question why all the money for supporting the arts goes into paying the salaries of an ever-changing gang of bureaucratic gatekeepers, instead of to supporting artists. What would an artist want with money?

This cursory review of the Center’s history may startle them. They’ll be surprised to read that there was once an artist destiny that didn’t involve total submission to the Big Book of Art Rules, the one they paid so much tuition to open.

So many artists are working hard to achieve mediocrity. they’re developing the kind of safe, familiar art that might someday land them an exhibit in the prestigious basement holding cell of the Center, between the gift shop and the toilets. For those whose ambition is to do as they’re told, a show down there is an important milestone on the road to nowhere.