My father tactfully hinted that my art career might not pay my bills, at least not right away. He suggested that meanwhile, just to be on the safe side, just to tide me over till the good ship Artstardom sailed triumphantly, inexorably, into the picturesque port of Stilllivewithmyparents, I should perhaps consider finding a real job, one of those that actually paid some sort of compensation. I might even find one, he informed me, that had some relationship to my desire to be an artist. For example, I could work for an accountant, and then I would always be near colored pencils. 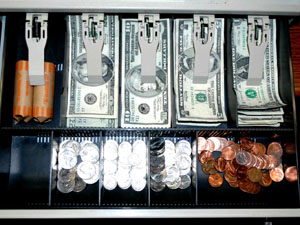 Poor old man. He never really understood my artistic vocation. When he looked at me, all he saw was an impenetrable cloud of marijuana smoke. I repeatedly begged God to end his suffering, and, by extension, my own. But God had other plans.

My first real job was working at Burger King, and it didn’t last long. I had accidents, like falling in the pile of crowns, and dropping my hat in the boiling French fry grease-vat. Worst of all, although I already considered myself the greatest painter of the age, I never really felt confident in my ability to assemble a Whopper. For you vegan readers, a Whopper is the trademark hamburger of the Burger King restaurant chain.

When Whoppers were needed, I would go hide in the freezer. As the frigid air seeped through my red and orange polyester tunic, I would stare at the boxes of frozen patties and wish that I too were cold and dead.

I worked at an elementary school, as a teacher’s aide. The kids were wonderful to be around and I got many ideas from their art. They were all great artists until about the fourth grade, when they started worrying about the right and wrong way to draw things.

I saw an interesting chalk drawing there, one day when I was standing in for the math teacher. There was this 10-year-old student who couldn’t sit still. He hadn’t been in this country very long, and I guess he wasn’t yet accustomed to the fun-free way we cage our young here in America. I didn’t want to scold him. I was trying to be accepting, flexible and non-judgmental. I said, Class, Billy wants attention! Everybody look at Billy!

Billy was driving his desk, making hot rod noises. As everyone focused on him, he hopped up and did some loud singing in his native tongue. Then he recalculated, walked up to the chalkboard and drew something that looked like a penis, except it was ten feet long and had a smiley face on the head. The smiley face was merrily spitting.

Billy turned around with a big grin. Perhaps he expected a dramatic surge in his personal popularity, or maybe he was just enthralled by the hilarity of his art. Everyone else gasped in shock, jaws dropping. Many innocent young faces turned to me, urgently whispering my last name, with “Mister” in front of it, and a great, big exclamation point after.

It’s no fun being the teacher. I was speechless. I involuntarily glanced at the little window in the classroom door. Sometimes, the principal’s face appeared in that little window. What if it appeared there now? I wasn’t going to be able to be accepting, flexible and non-judgmental much longer. Scolding was imminent. There would be enough trauma for everyone! Time staggered. The room went soaring silently through space, like the farmhouse in The Wizard of Oz.

I guess Billy felt it too, because he abruptly erased his drawing and sat back down.

As grateful as the survivor of a shipwreck, I plunged back into the math lesson. Billy sat still for at least five minutes before he started driving his desk again.

I passed a lie detector test to get a job working the video rental counter at Salt-lick Music Emporium. I had no plans to rob them at that time.

Once I got in, I discovered the place was a criminal free-for-all. Stolen cars. Stolen music equipment and instruments. Bootleg anything. Quantities of weed and coke.

Of course, that’s the kind of sure-fire, profit-making opportunity only a fool lets slip through his fingers. Alas, most of my female acquaintances were still in deep denial about their inevitable descent into low-end prostitution. I did, however, contract to purchase a pound of weed from Mikey. It was for my acquaintance Leif. Leif worked in a warehouse by day, and played guitar for 4 or 5 local bands by night. He gave me $600 and I gave it to Mikey. I was just going to skim some weed for my cut.

Mikey never got me that pound. He stopped coming in to the Lick. No one knew where Mikey might be.

Leif was enraged. Soon, we were waiting in his car outside Mikey’s apartment. Leif thought we should threaten Mikey with steel pipes. Leif had the pipes, and he enjoyed playing with them, caressing them as he contemplated the damage they could do to Mikey’s face. Leif wondered if Mikey had a gun and started thinking aloud about how he should get one too. Just in case things got ugly.

The hours I spent sitting in that front seat, in the darkness, with Leif, made my stint in the Burger King freezer look like good times. I couldn’t take it. I said, Leif, I’ll pay you back the six hundred bucks myself. Give me one fucking week.

I blamed society. Specifically, I blamed the scuzzy node of society called Salt-lick Music. I went back to my register with a mission. My job was renting videos one, two or three at a time, and the sales always came to $2.12, $4.24, or $6.36. I kept a few receipts of each handy, and stopped ringing up sales. I just put the money in the cash drawer, and, if anyone asked for a receipt, I gave them one. Few asked.

I made an abacus out of the dust motes on the edge of my register and used it to keep track of how much too-much was in my cash drawer. When it got to be one hundred bucks, I would take a hundred dollar bill out of the drawer when no one was looking. Then I would go to the bathroom, fold it up into a little tiny cube, and stick it between my toes.

I stole a hundred bucks a day for six days and paid back Leif. By then, my dull employ had turned into a James Bond-style thriller. Suddenly I loved my job. It was all intrigue and adrenalin. I kept stealing, every single day. No one knew until eventually I showed my roommate a shoebox full of hundred dollar bills.

My first art-related job was working on the opening of a museum of contemporary art in Timbuktu. The schedule was crazy. We were hanging art while the building was still under construction. There was an army of shirtless guys clambering up and down bamboo scaffolding. There had been fatal accidents, but that was business as usual. Long lines of girls walked in pairs, each pair holding a long stick with a cinder block hanging in the middle of it. A flock of old women clutched rags to their respiratory systems as they manipulated, with primitive mops, a foaming acid bath that was used to etch the stone floors. Breathing the air was like breathing steel wool.

Then there were these guys who soaked all the wood floors in kerosene for some reason. They were kept sealed in, breathing all those kerosene fumes, by walls of plastic and tape, so the fumes wouldn’t affect the art nearby. They were brain-damaged, and they sang a lot, like drunks. Once I saw the porcine boss of the whole enterprise screaming at them. I figure he could have had them killed, but they looked like they were struggling not to laugh.

It was a labor-intensive enterprise. If a wall needed to come down, a hundred guys chipped it down with pickaxes. The first power tools I saw were some bulldozers the night before the Grand Opening. They demolished all the workers” shacks clustered near the site. The imported art handlers finished hanging the work. It was contemporary, jet set, mega-bucks fine art, stylish units for the storage of excess wealth. Guards stood around popping the exotic bubble wrap.

At the afternoon press opening, a skylight broke and a piece of glass fell and cut a reporter.

Swarms of rich people in lavish attire attended the private opening party that night. Outside, an angry mob of not-rich people dragged a coffin onto the steps. They were carrying pictures of deformed babies. I asked the curator what a guy with a megaphone was saying. He translated, “We want a museum of misery, not a museum of opulence!”

The curator thought he should speak to the mob. We were wearing tuxedos; I suggested we go back inside.