Entering the space at Arthouse, one is struck by a large group of artworks vying for attention, and even after multiple viewings it is difficult to recall the name of any one artist in this year’s New American Talent exhibition. 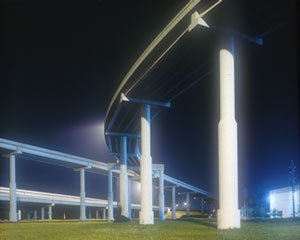 The exhibition has been a staple of the summer programming at Austin’s Arthouse for the past 19 years, and this year’s jam-packed show features the work of 84 artists from the United States, 34 of whom currently live and work in Texas.

The majority of the artists in this exhibition were born in the 1970s, and many attended art school during an era when literally tens of thousands of art degrees were awarded every year. These artists encounter immense competition for teaching positions, exhibition spaces, commissions, and residencies. But instead of rallying against the culture of careerism that regulates access to these opportunities, the current crop of artists featured in this New American Talent seem to be bent on creating work that is calculated to please — indeed, many of the works seem earnestly and politely to request your attention.

A second running theme throughout the show is the seemingly huge amount of time and effort that has been put into each piece of art selected by curator Jerry Saltz, Senior Art Critic at the Village Voice. In his catalog essay, Saltz refers to this meticulous attention as “crafting” or “new craftiness,” and comments on the artists” desire to make paintings out of materials other than paint. 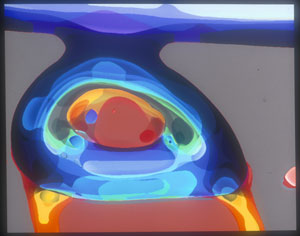 It seems that this “new craftiness,” with its emphasis on materials, is still reserved for pieces that fit into a certain, rather archaic idea of art. Out of 84 artists, no video or installation works are present. But in his essay, Saltz justifies the omission: “I should say at the outset that I chose to forgo video. Most of the video work I saw struck me as either undeveloped, derivative, boring, or too long.”

Another unifying element of this exhibition is that the pieces seem to be neatly made from materials found exclusively in an art supply store — there are no raw eggs, no oozing automotive paint on the floor, no pieces that bend over their pedestals or that are scattered around the gallery. Even Meggie Chou’s sublime and horrifying Suicide Machine sits in a tidy box atop a pristine pedestal.

Diane Meyer’s notable painting moves in and out of this “new craftiness” designation, gently pushing against the small exhibition space it is allotted to create a strange and compelling narrative structure. Called Cowboy Games, its ground is a yellowed thrift-store painting of a landscape, housed in its original beat-up frame. Meyer has overpainted six cowboy figures into the scene, paired off into couples on the left, center, and right sides. Each couple is playing a “cowboy game”, notably Scrabble, Connect Four, and Battleship. It’s a one-liner, but an articulate and clearly stated one; and it brushes up against both history and irony, resonating beyond the experience of the exhibition itself.

Dietrich Wegner’s sculpture Buds is also a world unto itself, creating anthropomorphic personae out of a group of fuzzy spheres. Resting precariously on a mushroom-like ceramic form, they clump and group in surprisingly human patterns. Erik Geshe’s Olestra depicts a young androgynous individual staring straight out at a group of paintings across the gallery. The painting seems to enjoy its placement in this exhibition; a craggy smile stretching wide across the figure’s face (as he/she enjoys the oft-repeated effects of this sci-fi fat substitute?) 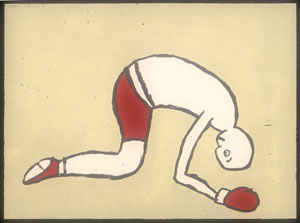 With Arthouse’s addition of adjunct curator Regine Basha, it will be interesting to monitor the future of New American Talent. Historically, Arthouse (in its former incarnation as the Texas Fine Arts Association) has never had a strong in-house curatorial voice, and has had to rely on guest curators to jury the New American Talent exhibition.

Long term, the show has the ability to synthesize with the recently announced Arthouse Texas Prize, the first statewide prize of its kind awarded to a Texas-based artist who has produced a significant body of contemporary work in the previous two years. Together, New American Talent and the Texas Prize could generate a healthy critical discussion of contemporary work in Texas, as it relates to art made elsewhere.

Images courtesy the artists and ArtHouse.

Carolyn Porter is an artist and writer in Austin. 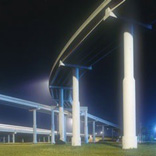