Seven Questions for Peter Marzio, director of the Museum of Fine Arts, Houston

by Christopher French May 2, 2002
FacebookTwitterEmail 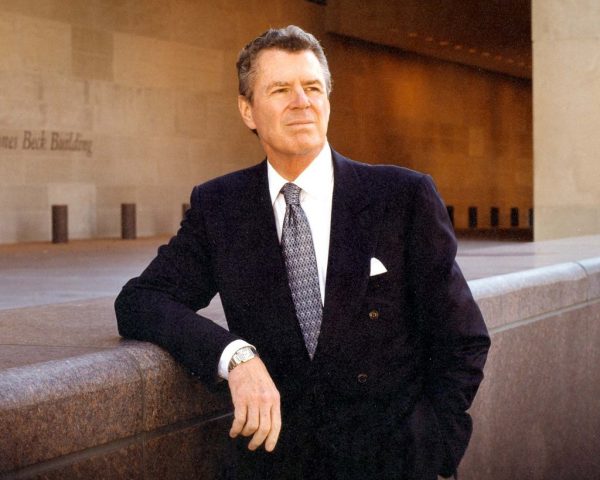 1. You’ve been director of the Museum of Fine Arts, Houston for twenty years. What is it about Houston that keeps you here?

The thing that I like most about Houston is that it is the freest society I have ever lived in. After living in Rome, Chicago, New York, and Washington, DC, I’ve noticed how the media controls the conversation from breakfast to dinner in those cities. Despite their liberal voting patterns, I’ve found much less freedom in those cities.
Houston is not a wealthy city like New York, Los Angeles, or Chicago, but there is an attitude toward money here that I think is different. There’s a distrust of government, so people don’t want to pay high taxes. As a result, they tend to have more cash in their pockets, compared to people elsewhere, and they’re not knuckle-white about giving it. I feel that while Houston is a place that is big enough to be important, it is still malleable.

2. Expand on your recent comment that Houston doesn’t get as much attention as it deserves because it possesses a commodity economy mentality.

I think Houston is the only important American city that is predominantly a wholesale city. Upstream oil, agriculture, and the port — roughly 75-80% of the core industry of this city is wholesale. As a result, you don’t have public relations/marketing/advertising infrastructure, and major American cities are defined by those businesses. Texas spends less per citizen in tax dollars than any state of the union, and so it has the smallest government of any state. Houston is almost at that same point, so you have virtually no government. So two really important forces that are the driving forces in other cities don’t exist here. Maybe Pittsburgh in the nineteenth century is something like what Houston is now.

Houston was founded the same year as Chicago, but it does not have a significant social history. By 1890 Chicago had over a million people; by 1890 Houston had just over 27,000! And if the University of Chicago founded sociology and urban history as we know them, the emphasis in Texas universities has always been more technical, scientific, legal. As a result, you can go from kindergarten to post-Ph.D. and never encounter a visual arts, design, or history course. There is only one Ph.D. program in art history in the whole state, in Austin, and MA program for art history are just starting to take shape in Houston. But you can’t have it both ways — you have to like the spirit here, even if it is not an intellectual heaven.

3. Your new Latin-American curator, Mari Carmen Ramírez, has just finished her first project, and two other current exhibitions address Latino heritage and culture. Talk about this shift in museum programming.

My dream is, we do good shows, and all different people, regardless of their roots and heritage, just want to see an excellent show. But the fact is, unless you also recognize the traditions and visual vocabularies that the different peoples in this city carry with them, you are never going to make the first step that is going to lead to your ultimate goal. The payoff for Latin-American art is enormous, not only because there is there a better chance of citizens embracing the museum, but because the traditions are staggeringly rich and largely unrecognized by the world’s art markets. And we are already seeing returns, both in terms of our membership and our board members.

4. Speaking of programming, everyone seems happy with the MFAH’s encyclopedic model except the contemporary art community.

Anne Wilkes Tucker, Barry Walker, Alvia Wardlaw, Mari Carmen Ramírez, Alison de Lima Greene — you can argue that almost a third of the curatorial staff is focused on the 20th century and sympathetic to contemporary. Name another contemporary art museum, let alone an encyclopedic institution, with so many radically different ways of looking at contemporary art. I don’t know of any.

There are many other outlets for presenting 20th century or contemporary art in Houston — Blaffer, Rice, CAM, Lawndale, DiverseWorks, Menil, plus the new Center for Contemporary Craft. Certainly there are enough artists. The Core Program has been in business since 1982. I saw Houston without it, and it was a much smaller community. Include the capital and operating expenses for the Core Program and the Glassell School, and you could argue that dedicated contemporary programming makes up about a fourth of our budget. 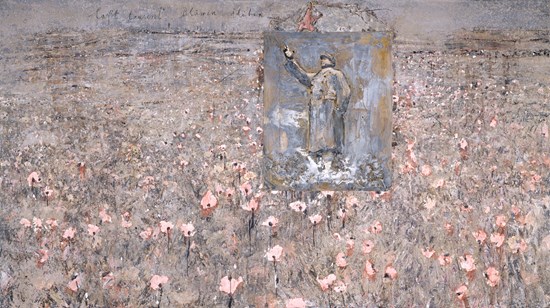 We probably spend more money purchasing contemporary art than in any other area, and the number of contemporary artworks in our collection is very large. This approach goes all the way back to Fresh Paint — after going around to different studios, partly as a way of educating myself about the community, I said to Barbara Rose, who was here at the time, let’s do a Texas painting show. She came up with the provocative title, it was a big success, and we purchased heavily out of the show. We recently acquired a fairly significant collection of Texas art out of Dallas — the Barrett collection — and we have invested enormous resources just sorting it out and deciding what pieces to hold. That collection was offered to the Dallas Museum of Art first, I am sure, and they declined to assume that expense.

Just in the last couple years, we have bought a number of major works — two Rauschenbergs, a series of Richters, and three Kiefers. Those aren’t Texas artists, but perhaps what this question really boils down to is this: is this a general question about contemporary art, or is it “why doesn’t the museum buy my art?” I just don’t understand the rigidity in contemporary art that only becomes interested in itself — you would think that people exploring new expressions in beauty and meaning would be open to everything, would want to compare our Richters to our new Courbet painting The Gust of Wind.

5. Perhaps this really becomes an argument about the museum’s need to provide a continuing contemporary art presence.

People forget where the MFAH was in 1982. It had enormous debt, a facility that was completely falling down, and leaking — you couldn’t even hang art in the Mies van der Rohe section, but then the MFAH got itself together and away it went. There was nothing given about that, and it took the willpower of the board to do that. Now it’s seen as this mega-thing, big and invulnerable, but its as fragile as it ever was — just bigger. But I foresee one more building in the MFAH’s future. The Board has not voted on this yet, so it is just a personal vision. If it gets done during my period, that would be great. I’m approaching sixty now, and the trustees have asked me to stay on for some time, so we’ll see. My ideas are very preliminary, so the square footages are almost irrelevant, but imagine roughly 150,000 square feet, although it may end up being bigger, perhaps as large as the Beck building, which is 200,000 square feet. Depending on how this new building is sited, you could have a 20th century/contemporary corridor, with the sculpture garden giving way to the Glassell School, which would climax with this addition.

Current thinking would be to avoid the words modern and contemporary and think in terms of 20th and 21st centuries, beginning with a broad historical narrative. Other galleries would display intensely oriented, specific themes. We are working on a major acquisition of African-American art, which would go here, and a zone for craft, as well as major video and photography areas. A third section would focus on strengths in our collection, so that an entire gallery could be devoted to the art of one person. What I would also like to do is dedicate space for Texas artists, even though they will also be shown in other parts of the collection, so that people coming from out of town can get some idea of what goes on here. If we had this building today, we could fill it, which is the scary thing.

6. How do you envision the Glassell School growing?

I’m not sure how many more Core Program residents we can accommodate, beyond the 8 to 12 we now accept. But we have a very strong relationship with the University of St. Thomas, so that if you enroll there you can take courses at the Glassell School for credit. We are headed toward being able to get a B.F.A. degree in both studio practice and art history through the University of St. Thomas at the Glassell School. That’s the goal, and we’re getting quite close.

Because virtually all the classes are over-enrolled, to the point where we are turning away students, I envision a Core ‘Tower,’ containing a central elevator, and going up 5 to 6 floors. Flanking the elevator would be a variety — 10 to 12 — of studios to accommodate the different artists in the program. With the Core Program installed in its own building, the entire Glassell building would be retrofitted to build more classroom space, without losing the atrium exhibition space.

7. One of your biggest upcoming projects is the ongoing exchange with the Pushkin Museum. What other similar exhibitions can we look forward to?

Nothing quite like the Pushkin show, but we do have a series of big collection exhibitions coming to us during the next year. A selection of Impressionist paintings from the Ordrupgaard in Copenhagen is opening this June at the Metropolitan Museum in New York before coming to us this October. Then we have Leonardo da Vinci and the Splendor of Poland, with all the great masterpieces from Krakow. The Phillips Collection is sending its major works here, and we are taking 150 of MOMA’s top works next fall while they build their new building — the only other place you will be able to see this show will be in Berlin.