The work of New York-based, British artist Matthew Ritchie propels his audience into familiar yet foreign universes. Using a combination of paintings and drawings on canvas and walls to create gallery-sized environments, Ritchie transports people into the imaginary landscape that’s been gushing from his mind for the past six years.

It’s a plane that’s rooted in quotidian existence and therefore accessible, yet transmogrified by Ritchie’s creative process into an allegorical, mythic realm. He makes twilight zones of mundane yet magnificent moments, alternative realities where there’s nothing particularly creepy invented in it, but infused with enough recognizable rationalism to highlight the horrors that we take for granted.

His latest installation, The Slow Tide, which is part of the Dallas Museum of Art’s “Concentrations” series that focuses on new or emerging artists, continues his ongoing project that he began with 1995’s The Hard Way at Basilico Fine Arts in New York. The project involves a visual system that he’s created that includes 49 elements divided into seven groups of seven. The seven groupings describe seven separate areas of operation in the system. Each element can appear in seven different ways depending on the context in which it is used. The number of possible combinations is infinite, but what Ritchie’s created is not a numerological system. His elements are characters, and the possible ways in which they can combine and recombine become narratives that his installations relate through their visual dynamics.

Fortunately, knowing all his characters and the previous installation-stories he’s told since then doesn’t really give you a leg up on interpreting Ritchie’s current work. It may make you more familiar with his visual vocabulary, but isn’t required to gain entry into his realm: Ritchie newcomers and veterans will be equally lost when first confronting The Slow Tide. His installations always explore some theme, and for Tide Ritchie tackles thermodynamics: the title is his witty take on entropy, that concept that measures the amount of disorder in the universe at any given moment.

Occupying the entire wall space of one of the quadrant galleries at the DMA, Tide takes its visitors on a journey involving a swimmer and, inevitably, water. (A detailed, verbal possibility of this story is told in the exhibition’s accompanying booklet.) It’s made up of four components. On the left wall as you enter the gallery is The Swimmer, a large Duratrans–Lambda-prints-in-light-box work. The oil-and-marker-on-canvas piece Big Top occupies the rear wall of the gallery. Beginning on the rear wall and stretching onto the right wall is the acrylic-and-marker-on-wall-and-enamel Abraxas. Rounding out the installation is a suite of seven framed ink-and-graphite-on-Mylar drawings Abraxas.

All feature Ritchie’s recombinant expression. His personal vocabulary consists of extended shapes and forms that could be read as abstract gestures, but are often arranged in ways that recall the imagined worlds of scientific fact — or something out of an anthropological text. For instance, the extended, globular tentacles of Big Top on some level recall the passionate forms of abstract expressionism. But Ritchie’s color choices — a soft red and matte yellow — and compositional considerations also allude to illustrations from organic chemistry books that attempt to represent how subatomic elements morph to form large hydrocarbon chains. And if you take a step back from Big Top and look at it in toto, you could see a cyclical system that makes you think of the cosmological calendars of the Mayans.

Ritchie adds another wrinkle to his works by adorning his large, colorful, nebulous creations with written annotations in the mathematical language of differential equations. The Swimmer is littered with lines extending from one area to another with accompanying notes that may clarify relationships through Ritchie’s own personal calculus. It gives his imagery the feel of both representations and schematics, as if he’s not only creating these images but also provides the logic as to how to move through them.

(You can see how Ritchie has always dabbled in a strange brew of the actual and inchoate in his 1998 oil-and-marker-on-canvas painting The Idea of Cities, which the DMA installed outside its contemporary art gallery at the south end of the building.)

He could, however, be combining his visual explorations with mathematical-qua-scientific terminology critically and cynically. Since the Enlightenment, rational science has been the governing ideology of how Western cultures interpret and navigate the world. Though Ritchie’s imagined characters sets and elements may resemble the endless imaginations of science fiction — think of the constantly concatenating narratives of Frank Herbert’s “Dune” — Ritchie’s characters and stories are grounded in a reality that isn’t taking place in galaxies or time periods far, far away. His journeys are often quite contemporary, only slightly removed from reality. In this manner his endeavor resembles that of William T. Vollmann, the iconoclastic writer who mixes of history, ethnographic travelogue, and fiction. Vollmann’s Seven Dreams project, whereby he imagines alternative histories for New World populations in their first contact with their oppressors, bears a striking resemblance to Ritchie’s alternative realities.

It may also provide a window into interpreting Ritchie’s work. Vollmann’s project is a critical examination of Western progress, one that demonstrates that written history can be as biased and misinformed as fiction. Ritchie’s work may not be as dogmatic, but it’s no less incisive. By allowing his installations to mix his imagination with the decorations of scientific fact, Ritchie doesn’t allow one or the other to be the dominant motif. In a sense, his project is an analogy for the creations of civilizations in general: Ritchie is remaking the world. And in his system of combining his characters to make narratives, he alludes to the cataclysmic events that have shaped Occidental progress. For The Slow Tide, his examination of thermodynamics points out that every scientific fact, on some level, is based on a random assumption that can’t be witnessed and therefore visually verified. It’s a guess, as arbitrary as any other. But for Ritchie, in that assumption, in that tiny window of the possible, he has found endless opportunities. 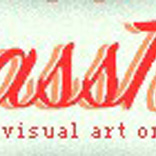