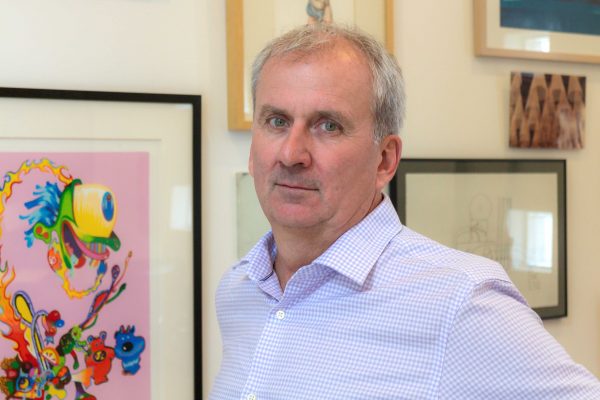 The Board of Directors of Artpace, the San Antonio-based non-profit artist residency and exhibition space, announced that it has officially named Riley Robinson as the organization’s director. Robinson, who has worked for Artpace since it was founded by San Antonio artist, collector and philanthropist Linda Pace in 1995, was appointed interim director earlier this year after the departure of Veronique Le Melle, who served the organization from September of 2015 to April of 2018. At the time, Artpace Board Chairperson Patricia Ruiz-Healy told Glasstire that the board wasn’t planning on launching a search for a new director, saying “we’re going to play it by ear. We don’t want to start a search tomorrow. We want to see how this [Robinson’s leadership] develops.”

One of Robinson’s main goals as director, as Artpace nears its 25th anniversary in 2020, is to secure an endowment to sustain the organization’s practices, since its funding from Linda Pace will soon be no more. In the meantime, Robinson will be able to draw on his years of experience at the organization and as an artist to effectively manage Artpace’s many programs, including facilitating its thrice-yearly international artist-in-residence program.

Of his new appointment, Robinson said:

“I started working with Linda Pace in 1994 to realize her dream and help build the program. Today, Artpace is a strong organization with a reputation for listening to and supporting artists in the creation of new art. It’s a great honor to lead Artpace through this critical next phase and through our 25th anniversary.”

“Riley Robinson’s leadership puts us in the best position to continue the organization’s forward progress into a sustainable and impactful future. Retaining Riley as Artpace’s Director was an important decision met with whole-hearted agreement by the Board because of his 24-year history with the organization. Riley quickly emerged as a natural leadership choice.”

For more on Artpace, please visit the organization’s website.

This is terrific news for Artpace and for San Antonio. It is great to see Artpace choose Riley as its new leader! He understands the needs and desires of the artists, community, audience, and staff so very well.