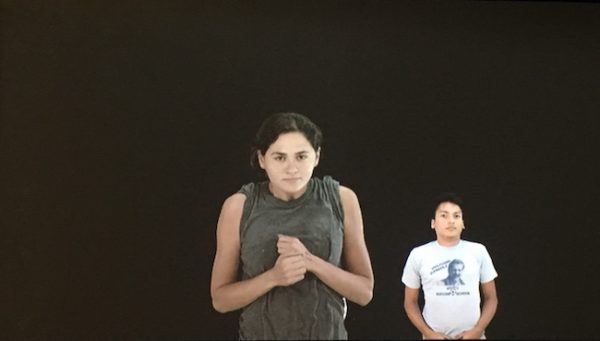 How does a body process labor? What are the aftereffects of that process, and how do those aftereffects manifest within or throughout a group or organization? These are some of the questions that the LA-based Rodrigo Valenzuela, in his current effort at Art League Houston, addresses with two video works: Prole (2016) and The Unwaged (2017).

Prole is the more literal of the two. Here, Valenzuela has gathered together a group of Latino workers in order to assemble a labor union. What’s interesting and perhaps unexpected is the nuanced dynamics and conversations that occur between these men. A 64-year-old man nicknamed Nacho — having lived in the United States more than 35 years — reads as simultaneously the outspoken leader and the black sheep of the group. He takes on a more individualistic (and what another man derides as egocentric) point of view, expressing opposition to participating in the labor union. An example: He describes how, if co-workers were to ask him to run through a work site, he would opt to walk instead, noting that it would be both to his personal benefit to save his energy and also limit the liability his company would incur if he were to get injured while running. 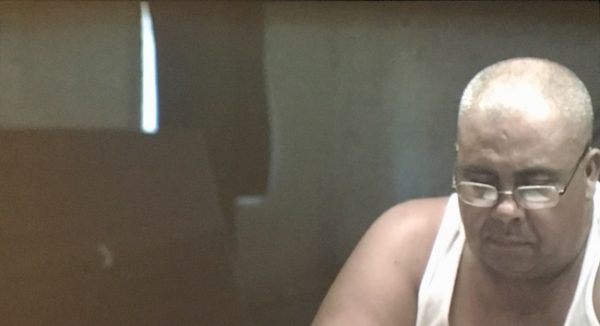 In a political climate where a third of the country is frothing at the mouth to build a wall that would supposedly keep out people coming from Latin American countries, it’s interesting to get an inside look at the stereotypes deriving from them: according to Nacho, the lazy workers are the Americans while the ones who work the hardest are the Latinos and French. But more so than cultural eavesdropping, I think the crux of Prole is the kind of questions Valenzuela is positing, which is: How does a place inform, morph, and embody one’s own sense of and attitude regarding work ethic? Is Nacho, for example, individualistic because over time he has become indoctrinated into the capitalist, every-man-for-himself ethos of the United States? Or is he individualistic simply because… well, he’s individualistic?

Although Prole poses some provocative questions, it doesn’t hold a candle to Valenzuela’s other video on view here, The Unwaged. That’s because with The Unwaged (pictured at top), Valenzuela is relying less on direct communication and instead conjures a viewer’s empathy through simplicity, silence and restraint.

The Unwaged opens with about ten mostly (if not all) Latinx twenty-somethings. Like a staggered, petrified battalion, they stand uncomfortably erect and trembling. As the camera zooms in and pans across each individual, we feel deeply the breadth of their micro-expressions: startled, exhausted, frozen, determined.

What is it that’s making these men and women stand so stiffly in place? We don’t know, and Valenzuela won’t tell us. But judging by the thin, clinging material of the t-shirts of two of the women and occasional blowing hair, it appears as though they’re being blasted with some kind of wind machine. Whatever it is, it’s enough to make them appear to struggle to stay still — at least comfortably so. More importantly, however, is Valenzuela’s (probable) mandate that all the actors remain stoic. It is this stoicism that allows for barely visible grimaces to register as silent screams.

And even more importantly, Prole and The Unwaged give nuanced portraits of life within capitalism that Valenzuela discusses too reductively in his statement. That these works “reflect the environment of capital oppression that one must endure in order to achieve personal and professional goals,” makes them sound more trite than they are. Invoking the sentiment that Capitalism = Bad here is not doing full justice to what Prole is doing and The Unwaged does better, which is to allow room for the enactment of an individual’s resiliency or the power of community within the constraints — but also the opportunity — that a capitalistic system presents.