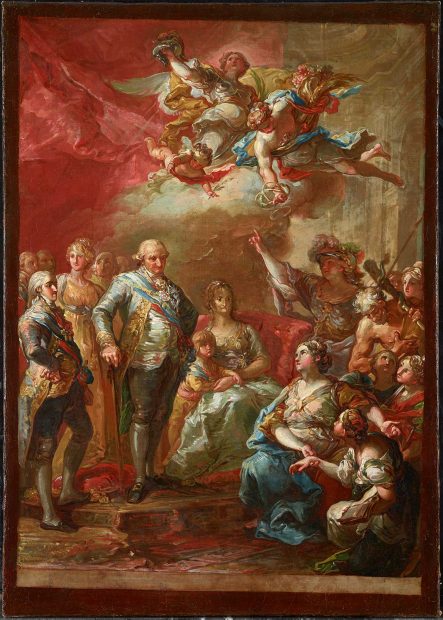 The Meadows Museum at Southern Methodist University in Dallas recently announced that it purchased a painting in honor of the institution’s late curator Nicole Atzbach. Atzbach, who had been with the museum since 2010, passed away in November of 2017 from ovarian cancer.

The piece the Meadows purchased is a work by Valencian artist Vicente López y Portaña (1772–1850), titled Charles IV and His Family Honored by the University of Valencia. Completed in 1802, the oil on canvas painting is a preparatory study for a larger painting by the same name that is held in the collection of the Museo Nacional Del Prado in Madrid. In a press release, the Meadows described the scene depicted in López y Portaña’s painting:

“The painting depicts an allegorical meeting between Charles IV and his royal retinue with the University of Valencia. In 1802, King Charles IV of Spain (r. 1788–1808) traveled with members of the royal family to Barcelona for the nuptials of his son Ferdinand VII (1784–1833), Prince of Asturias, and María Antonia de Borbón (1784–1806), thenceforth the Princess of Asturias.

When it became known that the king and his party intended to stop in Valencia on their way back to the capital, Vicente Blasco García, head of the University of Valencia at the time, commissioned a painting from López as a gift to the king in honor of his visit to the city.” 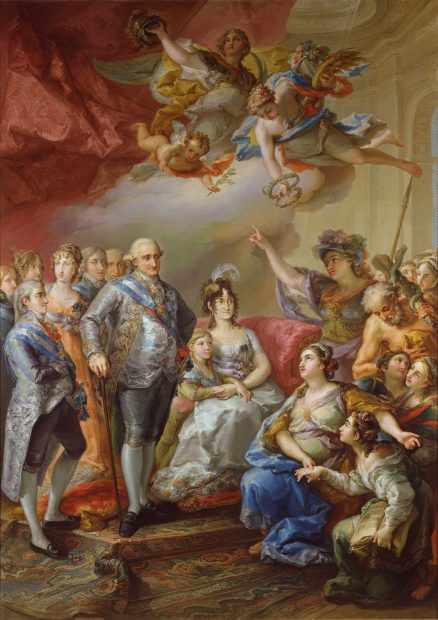 During her time at the Meadows, Atzbach conducted research on another of López y Portaña’s paintings in the collection, a portrait of the American businessman and collector Richard Worsam Meade. Charles IV and His Family Honored by the University of Valencia will be on view at the museum later this spring.

The Meadows Museum Acquires a Rare Painting by...

Prado on the Prairie: Rivera, Picasso and Gris...

This and That: Johannes Vermeer and Salvador Dalí